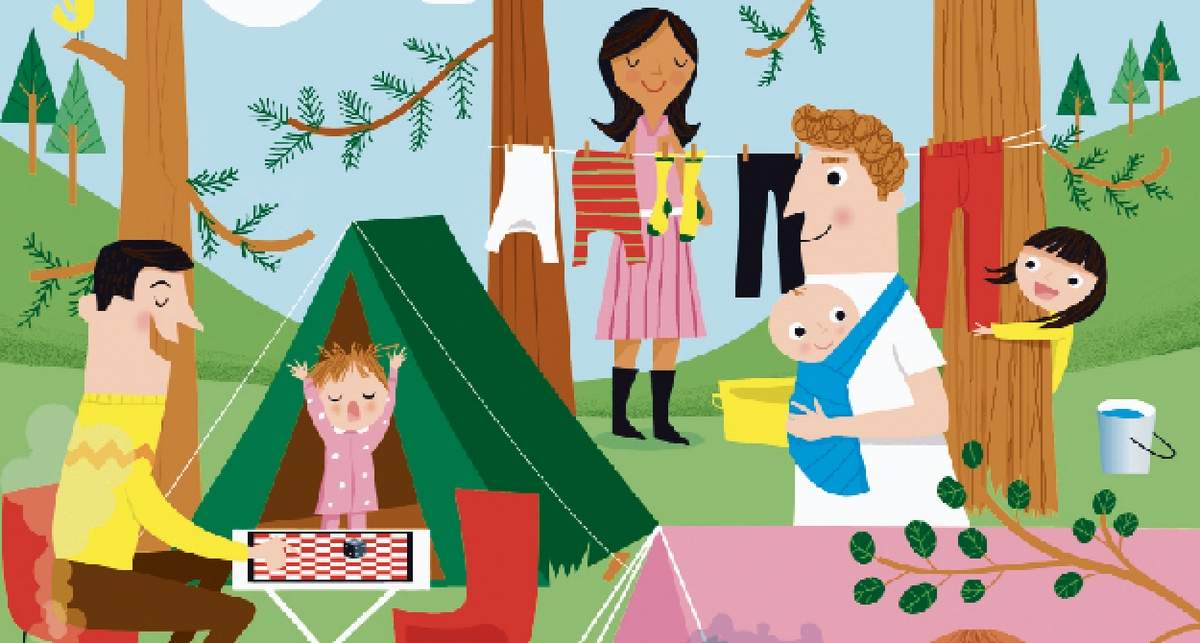 Do you ever catch a waft of something that gives you a wistful affection for the past; different whiffs for different times?

For me, the smell of cinnamon reminds me of Alaska. I’ve never been (it’s on the bucket list), but when I was a kid, my aunt brought me back a jumbo back of ‘Big Red’ cinnamon gum following a backpacking stint there. Now, whenever that fragrance fills my nose, it takes me back. Not to Alaska – I’ve never been, remember – but to the tales I’ve heard about the place.

I love how our senses have this power to trigger nostalgic throwbacks to our childhood.

Like the ugly, concrete car park by the church next to the school I went to as a kid. Whenever I drive past it now, it instantly takes me back to my first memory of a family holiday.

It was a Friday. I remember vividly. It was Kevin (my brother’s) 10th birthday. When the end-of-day school bell rang out at 3pm, we both darted out of the school gates, excited to start our weekend. And as the only girl to an older brother and two older cousins, those weekends were usually spent playing army soldiers in the nearby woods; Barbies were not allowed.

But that weekend was different. I remember seeing my mum standing outside the gates. Usually she’d sit waiting in the car across the street; but on that day, there was no car in sight.

She told us we were walking home, and I’m almost sure she was met with some huffs and puffs from me. Walking home would take at least 40 minutes; and that meant 40 minutes less playing time. These adults, I thought, they just don’t get it.

Alas, as a driverless seven-year-old, my hands were tied, so off I skipped down the road towards that ugly church car park.

As I made my way around the corner, I spotted our navy blue 5-door saloon (the lying git; we were driving home). But then I spotted my dad plonked in the driver’s seat – cig in hand, smile on face.

Immediately I was filled with excitement. Dad picking us up from school was a rarity. But that wasn’t what threw me. It was what was behind the car that caught my attention.

It was a trailer covered in a blue tarpaulin; but it was a trailer I recognised. It had sat out the front of our house catching rainwater for months (it was England; it always rained). But the fact that it was in tow meant one thing; holiday time!

What lay beneath that delightful blue tarpaulin was some magic mechanism, which converted the whole thing into a mobile bedroom for the four of us.

Instantly, that initial disappointment of an impending walk home was overshadowed by the excitement of a family getaway for big Kev’s first double-digit birthday.

A few hours later, still reeling from excitement, we pulled into the campsite ready to embark on our unexpected adventure; and that’s when surprise number two hit.

Peering out from the car window, two familiar faces beamed back at me from their pedal bikes; it was none other than Stephen and Chris – my cousins.

They had landed up a few hours earlier to greet us on our arrival and it was like all my birthdays had come at once-not just Kev’s. Touche to the parents. They orchestrated the whole set up perfectly and what a weekend it was.

Those holidays spent whizzing around the campsites on our bikes, getting into mischief and spending all our money in the arcade on the 2p machines was the best you could get.

But I came across a Facebook post the other day, which left me thinking how differently children today – in Dubai especially – holiday.

This was the exact status a friend of a friend had posted, and it was accompanied by some cheesy snapshots of her three- and seven-year-old kids; kids that had just spent a weekend in one of Dubai’s most iconic hotels, before jetting off to Indonesia.

It was a far cry from the mud puddled campsites I holidayed in as a kid, but I’ve noticed this is quite the norm; especially for expatriate kids.

Then the second wow moment struck. I was talking to a father of two who was complaining about how expensive family holidays had become.

Initially I sympathised with him as I had just penned an article about holiday packages skyrocketing during the school vacation; but then came his next sentence.

“I’m paying upwards of Dh13,000 per head to fly my family in business class.”

Hold up! I thought. His kids were both under the age of seven, but business class travel was their norm. Again, it was worlds apart from my childhood vacations; but I can almost guarantee the memories for me were far sweeter, because kids today-not all, but many-have become privy to a life of wants, not needs.

When luxury becomes the norm, that sense of excitement fades just as quickly as the pennies spent making it dwindles. So, long live the campsite holidays, I say.