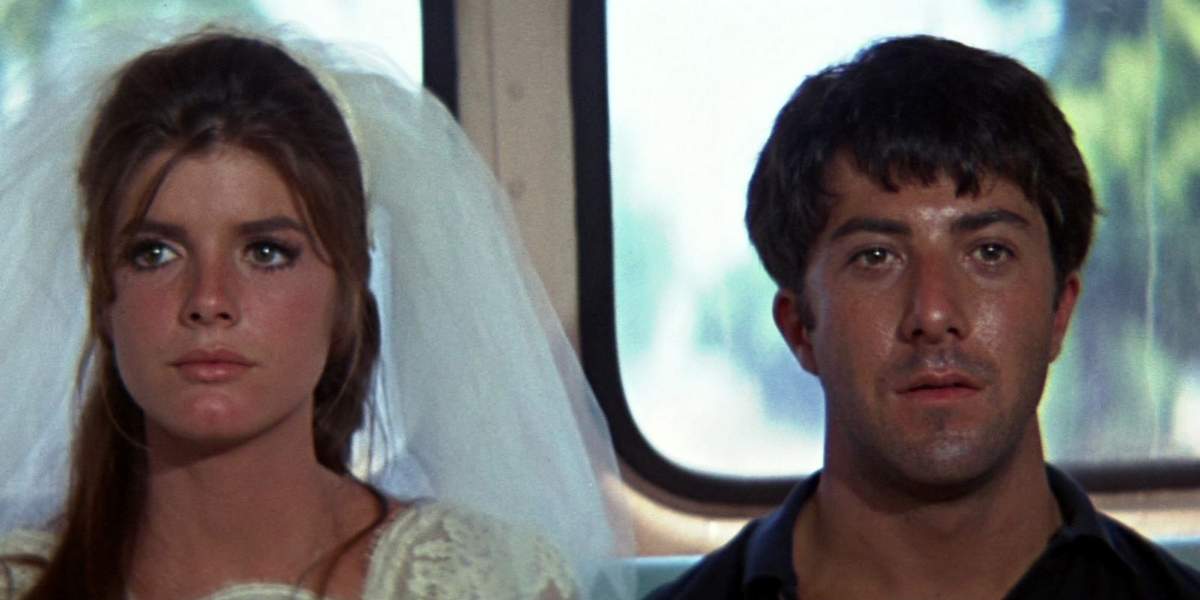 I watched The Graduate when I wasn’t a graduate; I was in middle school, had been initiated into Simon & Garfunkel by my globe-trotting uncle, and I’d managed to sneak in a watch – the VHS was lying around the centre-table, begging to be popped into the VCR player – when the parents were not at home.

I was pretty shocked: 21-year-old Benjamin Braddock (Dustin Hoffman) having an affair with the 40-something Mrs Robinson (Anne Bancroft), his parents’ friend’s wife, and then (the horror, the horror!) his subsequent falling in love with his ‘lover’s’ daughter Elaine (Katherine Ross), stood out of the frame; I was too young to factor in the bigger landscape. I loved the soundtrack though, comprising mainly of Simon & Garfunkel (and, finally, the penny dropped on Mrs Robinson – so that was what all the fuss was about!).

I watched The Graduate many times after that (I obviously have it in my collection), and, over the years – as I grew older and possibly wiser – it became one of my favourite movies of all time.

This year, The Graduate turns 50. And today, June 23, it’s being re-released in the UK (in April, in the US). Once more, with feeling.

But does it remain relevant circa 2017? I think it does, and that’s perhaps one of the reasons – other than cinematic genius – why it gets a second life without even a re-jig (thank heavens it’s the original holding its own, not a souped-up retread starring some new-fangled stars!).

In fact, I’ll go one step forward and say it is more relevant now than it has ever been – which is weird. The Graduate was, after all, set in the 60s, possibly the most significant decade of the last century: it was the era of counter-culture evidenced in geo-politics and an anti-establishment wave that witnessed anti-war protests, the Stonewall riots, the free school movement, the green movement, the coming of age of feminism and so on. But while the movie absorbed the prevailing trends and set up a mindset that reflected an outlier (almost WASP-ish) confusion, its spirit is more in line with today. The new millennium has ushered in youthfulness – you’re a ‘kid’ even when you’re well into your 20s. Benjamin at 21, in the 1960s, was just a ‘kid’ too, struggling to find his metier, trying to come of age at an age when he was, technically, an adult. As the world moved into the ’70s, this was by emerging ‘popular culture’ offerings. like, say, Love Story, that released in 1970, where the protagonists, not even graduates, had a straightforward clarity on which way their lives – relationship, career etc – were going. Even later, in Bollywood, films like Maine Pyaar Kiya and Qayamat Se Qayamat Tak had leading men the same age as Benjamin, but they were treading their own paths (at least in love): they knew exactly what they wanted, egged on by a moral compass they refused to budge from.

Now, suddenly, we are back at the crossroads; and it’s quite alright to be 21 and not know where you stand. That, essentially, is what The Graduate is about. Finding yourself as you grapple with moral ambiguities, intransigencies of the past and youthful foibles. Carrying your own cross and putting it down after the trudge. And then looking over your shoulder.

Benjamin’s indiscretions vis-à-vis Mrs Robinson versus his love for Elaine, although couched as a ‘coming of age’ narrative, signified the biggest challenge in Benjamin’s life: crossing over to the right side when he has no idea of what the right side is. The beauty of the film lies in the grey area – it doesn’t, for a minute, attempt to preach or nudge; only lets Benjamin grow up (even if it’s for the moment, at the crossroads), and live with his decision.

Which is why the last sequence is so significant. While it’s charming and romantic (busting up a wedding at the altar, no less, to get the girl), and almost over the top, there’s a sense of deep poignancy despite the comic overtone. Once you cross over and leave the comfort zone of crossroads, there’s a whole new world waiting to be explored. And nobody’s guaranteeing you a smooth ride (you may also wonder if the path you chose to cross over to is indeed the right one). The last scene – where expressionist angst breaks through the expressive romance – The Graduate encapsulates that.

And yes, there’s also Mrs Robinson (“God bless you, please Mrs Robinson”). Benjamin’s form of apology that may – perhaps (who knows?) – redeem him in the long run.