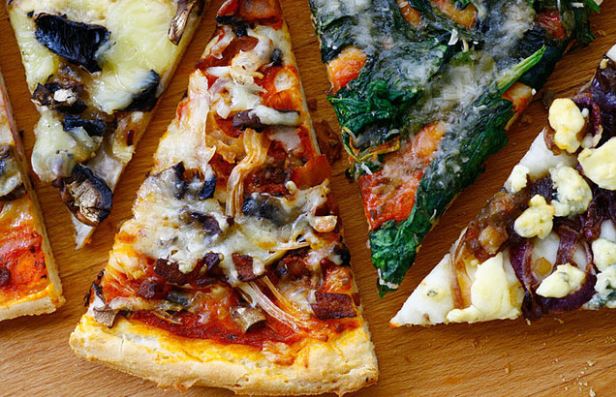 So for as long as I can remember I always had a circus going on in the gut that really should have left my system as a baby. My mum just thought half the time I was being a drama queen but when I started avoiding food and regularly taking time out of school because I felt sick, tests needed to be done.

Although food allergy and intolerance tests are available worldwide today, nearly 20 years ago this was definitely not the case, not even as a last resort.

After being monitored at nine years old for a week in Sussex Hospital for continuous acid reflux, I was advised to lower acidic foods in my diet like orange juice and tomatoes. Yet this didn’t change my symptoms nor did it stop my overwhelming pang of anxiety if I was invited to friends or family for dinner.

I mean I knew something was wrong and I knew deep down it was something I was eating, but I just couldn’t figure out what.

At the age of 12 my grandma was diagnosed with celiac’s disease, a digestive condition where the small intestine becomes inflamed and is unable to absorb nutrients, caused by an adverse reaction to gluten, a dietary protein found in three types of cereal: wheat, barley and rye. A fourth, oats can also be a problem for some.

This is when I started to monitor what I was eating more closely. My poor gran suffered for years with similar internal dancing, but her diagnosis was only confirmed after a sudden drop in weight at age 65, with her skin turning into what some would describe as a snake with fleas on fire! Not only was her delicate skin continuously itchy, she was so hot, bless her, not aesthetically speaking in this case (although I would say she didn’t fall short of good looks) that even in the height of winter she’d walk around the house half naked due to overheating!

At the time, the beginning of the millennium, three tests were available to me. A biopsy/camera of the stomach through my mouth (horrendous) and another even more horrendous one. These were to test my stomach lining and the small intestine to check for damage. If you have an allergy to gluten, you will notice that the villi which provides the absorption of nutrients in the lumen is damaged in some way. An easier way, a blood test! Or so you would think.

However, the main problem with all these tests including the blood test was, that you needed to be consuming gluten regularly for your body to actually reflect the damage. By this point I had been eliminating wheat bread and wheat pasta that had been a staple in my diet. The results: Biopsy and camera scan — minor abnormalities. Blood test — normal.

This just left me frustrated and almost depressed. Without a positive or negative on a doctor’s certificate, how can it be an official diagnosis? No one would believe me, I’m making it up! It’s all in my head! She’s just being fussy!

How do you eat at a social event? If you are diagnosed celiac like my gran, you get to be part of the celiacs society and you will be prescribed gluten free products by the doctor. These are needed, as without gluten in your diet, your body can lack fibre. And fibre is needed to maintain optimal health. And doctors have known for some time that reduced bone mineral density is frequently found in individuals with celiac disease, which can lead to osteoporosis.

Supported groups bring together individuals with celiac’s and can help the mental struggles of the change in diet, especially at the beginning of that transition and acceptance of your disease.

Today, people use gluten free as a way to lose weight or stay healthy. I always wonder if they are aware of the repercussions of not taking in gluten if they are not actually allergic to it?

Look at the “Great Irish Famine”. Potatoes were the only things that could grow, very little of them. They were advised not to eat the skins of the potatoes and to peel the potatoes, yet the skins of potatoes actually hold the nutrients of the potato. Those that ate the skins were estimated to have lived a lot longer than those who didn’t. Truth for some, but harm for others.

After the tests, and years of unresolved issues,I decided to take this by the horns. Thanking the NHS, I asked to be set up with a nutritionist. From here I was monitored for three months on my diet, eliminating grains, fruits and spices.

Within a week I had more energy. The continuous aches and pains in my abdomen had subsided. I continued to write down everything I was eating and how I felt after 10 minutes, half and hour, to a few hours and the day after. This was revealing, and although extremely time consuming, it brought me back to life.

Today, 20 odd years on, I am still on the same diet. And if at times I slip up due to temptation, my stomach sounds the alarm.

Psychologically, it was challenging. Making others understand you have a different approach to food is key. Many don’t understand. But I have learnt to look at what can be eaten rather than what cannot.

In the UAE, a basic allergy/intolerance test can be done at most clinics and hospitals in Dubai. Depending on your insurance this may also be covered. The symptoms I have experienced are not, however, the only signs of dietary disorders. Skin rashes, asthma, breathing problems, lack of concentration, fatigue, swelling, constipation, vomiting, diarrhoea, anxiety, can be symptoms of allergies and not just towards products that contain gluten.

You can’t feed a dog chocolate, you will kill it, so why try to pump poison into your body? Everybody needs a different source of fuel to function correctly. It really is about finding out what is right for you.

Crystal is a cat lover, yogi and eco-friendly activist. Fresh air is a priority for her