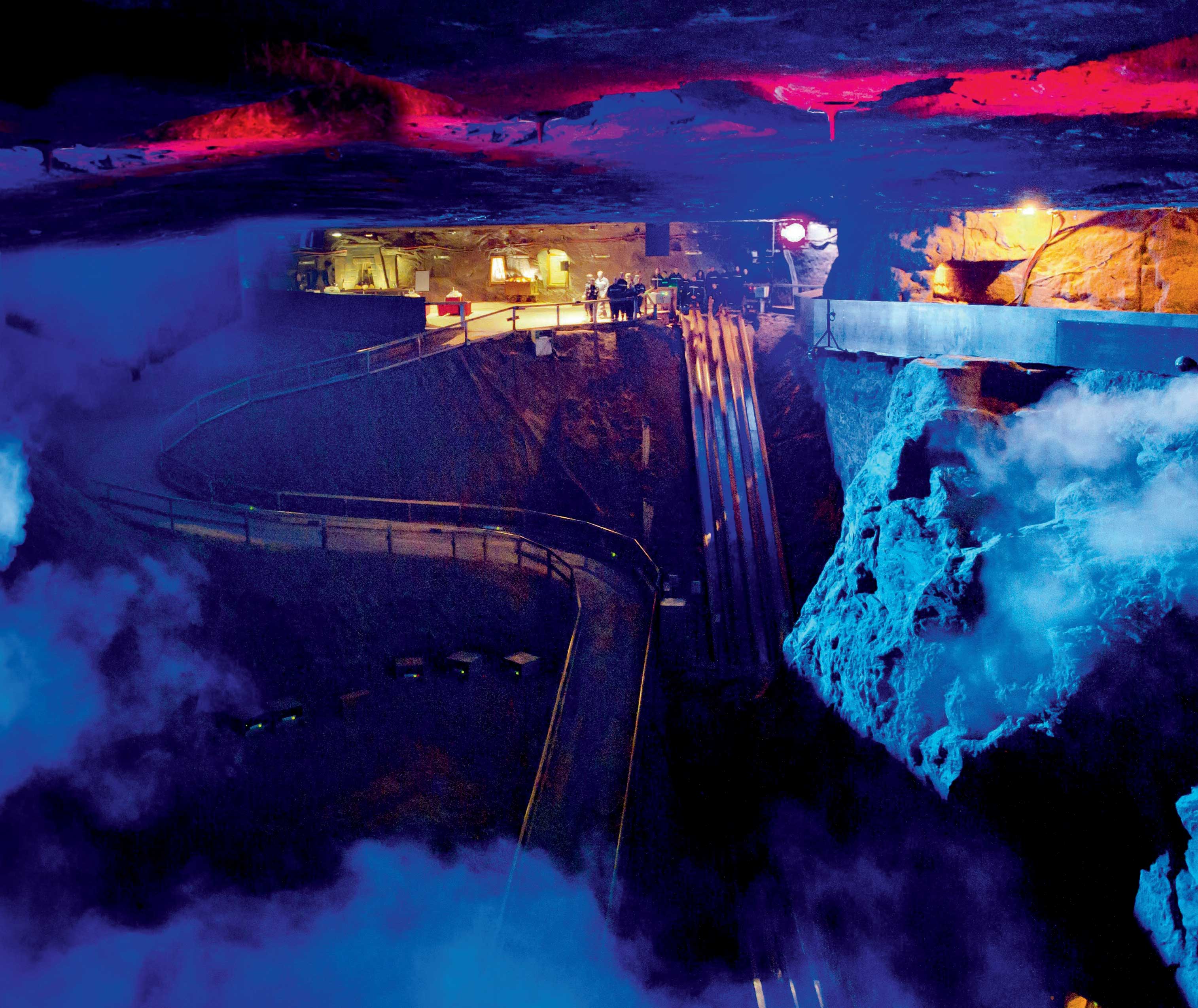 If your mother or father tells you that he/she loves you ‘more than salt’, just lap up the compliment. As I pen my salty adventure in the Berchtesgaden Salt Mine, I’m reminded of my favourite bedtime story. It was about a king who wanted to determine which one of his three daughters loved him the most. Two daughters claimed that they loved their father more than all the riches in the world combined, but the third simply said that she loved her father ‘more than salt’. An infuriated father only learnt what she meant when he realised the importance of something as simple as salt.

A visit to the 500 year old German salt mine reiterated that story and the significance of that tiny bottle that occupies a corner in my kitchen.

The Berchtesgaden Salt Mine (Salzbergwerk Berchtesgaden) is nestled in the Bavarian Alps, close to the border of Austria. Touted as the oldest salt mine in Germany, the popular attraction is only a 2.5km drive from the base of Eagle’s Nest (Kehlsteinhaus); Hitler’s abode. Barring the lush green meadows and its authentic cuisine, Bavaria also boasts of a deeply rooted salt history. Its roots can be traced back to 1829, when the Bavarian-Austrian salt treaty was signed. The treaty granted Austrians the right to mine in the state of Bavaria, and in exchange, received wood. What was once only a workplace for miners to mine the salt from within the Alps has now opened its doors to tourists. The salt mine has been deemed inactive, owing to its lack of salt content. Upon entering the salt mine, you will be given overalls before hopping on to the mine train, also called Grubenbahn. Overalls are provided to visitors for the tour in order to recreate the mining experience. Miners wore overalls at their workplace to protect their clothing from salt deposits. Your journey (650 metres into the mountain) into the rich salt history of Germany begins once you board the train.

We were led by a friendly German guide who was happy to answer all our questions. Those who didn’t speak the local language received audio guides that supported 16 different languages. A consistent temperature of 12 degrees is maintained throughout the salt mine, at all times.

We reached our first stop by a rather unconventional method—via a wooden slide. We were told that is how the salt miners would get to work daily. Our family of four slid down the wooden slide in a blur, clinging onto each others overalls, and before we knew it, we were at the mouth of the Salt Cathedral. At the Cathedral we were walked through (literally) the process of wet mining to draw out Alpine salt from the mountains. A guided tour of the mining apparatus put in perspective how brine is formed. The enormous Reichenbach Pump is a brine pipeline that forces brine out of the mine.

After trying salt in its purest form from the walls of the grotto, touring through the Salt Laboratory, and confidently plunging through a second slide, we beheld in front of us the mystical Mirror Lake. The Mirror Lake is a brine lake and is at 130 metres below sea level, making it the deepest point of the tour. The mirror lake mirrored a magical land, and the ceiling of the grotto looked like a beautiful combination of craters and glass. We were ferried to the end of the lake, and throughout the minute long ride, despite being in a ferry of some 15-20 people, nobody uttered a single word. That’s what it’s like to be awe-struck and overwhelmed, I suppose. After the ferry ride, tourists were urged to sample the brine water from the lake. A spacious funicular then transported us back to the end of the tour, back to reality.

Although we’d had enough of salt, we couldn’t resist a visit to the popular salt shop. My mother picked a salt souvenir from the shop, and I will have you know that nowadays, my Indian tiffin is incomplete without a pinch or two of German salt!

> In Haiti, it is said that zombies are cured simply by salt!

> The word ‘salary’ apparently draws its roots from salt. Salt was used as trade and currency in olden times, in Greece, Egypt and Rome.

> English towns such as Middlewich, Northwich and Nantwich imply that they were sources of salt.

> Akin to Haiti, salt in Japan is used to do away with evil spirits, and is used to purify people and places.

> Egyptians kept salt in tombs, as an offering for the deceased.

Tickets to the Berchtesgaden salt mine are priced at 16.5 Euros per person.

Disha is an aggressive Bollywood buff with a fetish for stationery