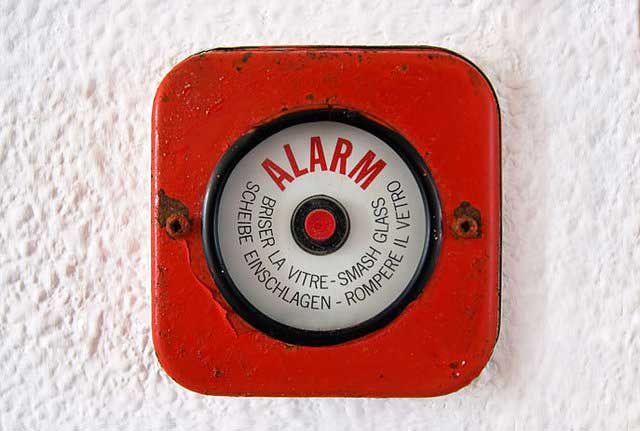 If fire drills have done anything for me, they have taught me to treat fire alarms as a joke. That’s a horrible confession — and quite frankly, a stupid one — but it’s an honest admission.

During my school days, fire drills were looked forward to. They were seen as an escape; an escape from the laborious classroom tasks.

When that ear-piercing screech would ring out from the corridors, the whole school would come alive. And as more than 2,000 students congregated on the concrete basketball court at the school’s rear, it was a chance to fool around with friends and let loose from the uniformity of Miss whoever’s lesson.

Fear never crossed our minds. Was there a fire somewhere? Who cares? That’s what most of us thought. We were carefree students; we didn’t care; I didn’t care.

Fast forward to 2017, and sadly, a recent spate of events has proved that my sentiments have not changed. Adulthood hasn’t taught me to be more safety-conscious. It’s actually revealed my glaring disregard of fire alarms.

I hesitated. Then I turned over. I didn’t leave. See, I’m on the 16th floor of my building block. I was in bed, half asleep, and p***ed off that I’d been woken up. I didn’t want to traipse down 32 flights of stairs in my nightwear.

But as I said, it was a voice I recognised. Those automated messages have become so frequent in my building that I don’t even hear them anymore. In my opinion, it’s just some other resident failing in his/her attempts at playing chef. So I ignore it. Rightly or wrongly, I’ve built up this ‘cry wolf’ mentality towards fire alarms. And I know I’m not the only one.

Then the Grenfell Tower incident happened. That was my wake up call.

On June 14, 2017, a 24-storey tower block in London, UK went ablaze within a matter of minutes. Now 80 people are presumed dead; people that stayed in their flats. Some because they were told to, some because they thought it was safer, and others because they simply couldn’t escape. Those people didn’t have a chance once that fire took hold.

When I first heard the news, I wondered how many people, like me, ignored those initial alarms. Then the media reports revealed that the alarms in the building didn’t even go off. I felt numb. These deaths were not the fault of any resident. Ignorance was not to blame.

I was in my apartment when I first heard about that fire. While streaming a UK radio station on my laptop, it echoed across the news bulletin. Instantly, I turned on the TV to be confronted by images of the blaze. It drained my blood. The contrast of the jet-black night sky against the bright orange flames brought home just how serious it was. My instant reaction was the fear those poor people inside must have been feeling. And living in a high-rise myself, I could somehow relate.

A few hours later at work, my phone pinged. It was my friend Kuz. She worked in London. As the message loaded, it revealed a picture of the tower, smoke still billowing from all four sides. She took the video from her office block a few miles away: “It feels so wrong fiddling about with spreadsheets with that just outside my window,” her message read. And it hit home even more. My friends were so near, some living close by, but thankfully not hurt.

In the weeks following this tragedy, people have been demanding answers to many questions; questions about major safety issues, which have come to light since the fire broke out. This building stood proud in a country with a strong economy. Yet in 2017, an incident like this happened. Frankly, it shouldn’t have happened.

It has been claimed that up to 1,000 fire doors were missing from the tower. Theresa May, the UK Prime Minister, has even admitted that the cladding was deemed unsafe. ‘Not legal,’ were the exact words. And sickeningly, more than 60 tests on other residential tower blocks in the UK have since been carried out, all of which failed safety standards.

I think it’s a disgrace that 60 buildings have failed the test. What’s even worse is, it took the death of 80 people to find this out.

On a personal level, it has put a whole lot of things into perspective. The biggest travesty for me is my own lack of safety-awareness.

I’ve blatantly ignored that alarm in my apartment — the monotone asking me to ‘leave the building’ — tens of times. All because I’ve decided that it’s not worth it. It beats trekking down the stairs to find out whether it’s a false alarm or not. Now, my thought process has to change; it needs to change.

It took that Grenfell Tower tragedy to make me realise how ludicrous my behaviour has been. That in itself is sad. What that incident has now taught me about fire drills is that fire alarms are not a joke. That 32-flight stair trek is worth the effort, and my life isn’t worth losing simply because of  my own bone idle laziness.

Kelly covers education. She finds it endearing when people call her Kel