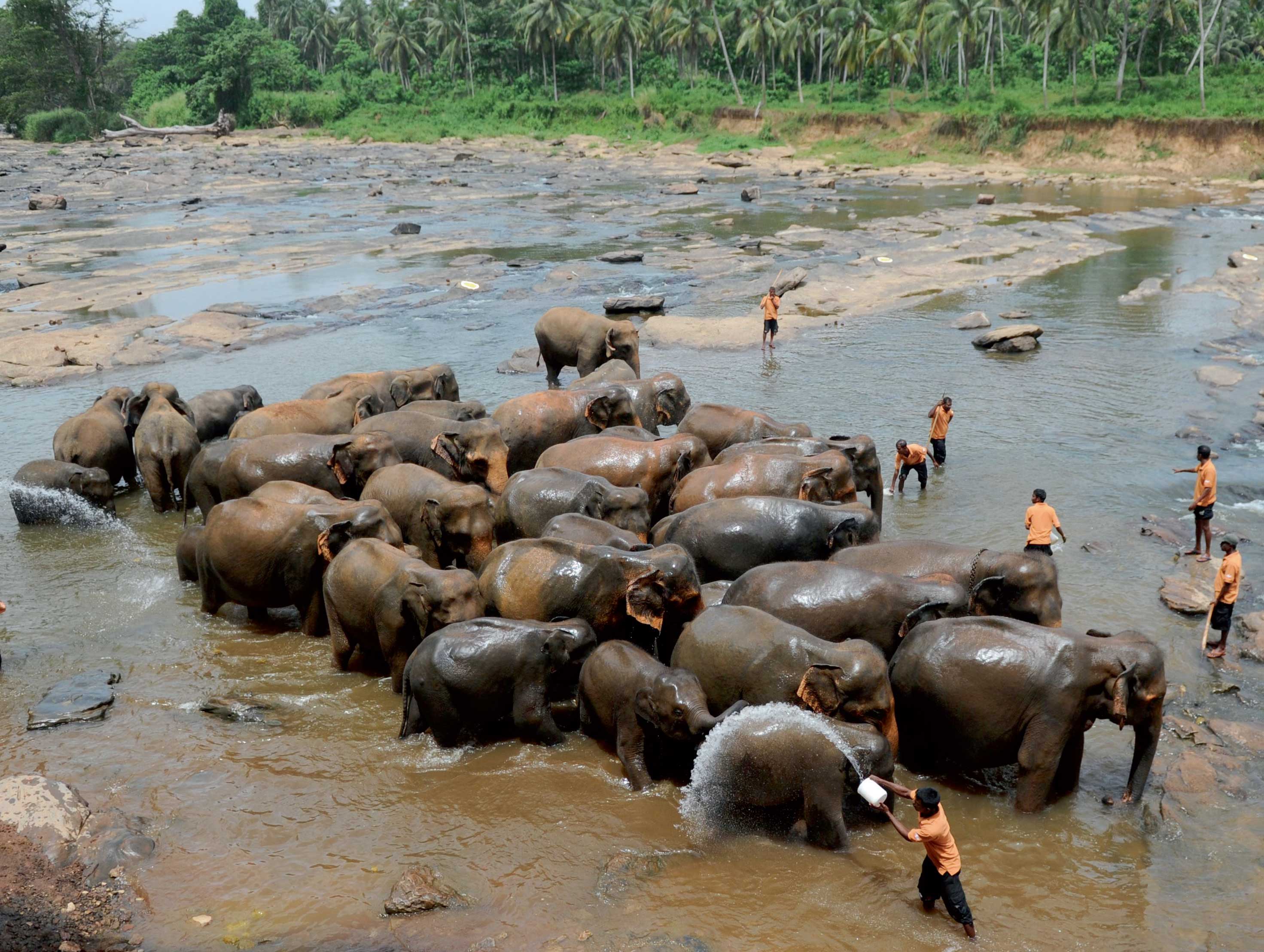 Seeing an elephant in its natural habitat is an unforgettable experience. It is impossible to look at an elephant and not smile.  Although slow and lumbering, they somehow manage to move with grace. Luckily for us in the Emirates, elephants are just a few flight hours away, in Sri Lanka.

Elephants have played a significant role in Sri Lankan culture for thousands of years, but their relationship with their human neighbours has often been fraught. They have faced threats from humans — the after-effects of war and irresponsible tourists. Still, few countries in the world provide the same opportunities as Sri Lanka does to experience first-hand one of nature’s most remarkable animals.

For more than 5,000 years, elephants have been an integral part of Sri Lanka. The animals played, and continue to play, important roles in cultural, ceremonial and religious processions. Stone carvings of elephants — some dating as far back as the 1st century BCE — are a common feature at archaeological sites in the country. Sri Lanka’s Sinhalese kings even went so far as to protect elephants by royal decree, with the death penalty swiftly applied to anyone who harmed one. Tens of thousands roamed the country at will. ON THE PLUS SIDE: The orphanage near Kandy rehabilitates injured elephants, some for eventual release back into the wild

“If they (the Sinhalese) venerate one animal more than another it is the elephant,” reads one colonial-era British book on the subject. “Their regard for elephants amounts almost to worship… and no Singhalese [sic] will ever hurt an elephant, not even when he finds him destroying his rice-fields.”

Such widespread protection for elephants largely ended with the arrival of the British in the early 1800s. Many Britons posted to Sri Lanka took to shooting elephants for sport, some racking up hundreds of kills. One particularly prolific elephant slayer — Major Thomas Rogers — is credited with killing almost 1,500 elephants over the course of just a few years, sometimes at a rate of several a day.

A colonial-era story titled The Fate of Major Rogers notes that the officer was “never more happy than when he could send one of his five-ounce bullets crashing through the skull of (the) huge creatures, which, perchance, had roamed the forests for more than twenty decades.”

As an interesting aside, Major Rogers — described in the book as “an object of terror” to the locals who excited their “utmost indignation” — was later killed by a lightning strike, and some local tour guides are fond of claiming that his grave has since been struck by lightning no less than on seven occasions.

Despite their reduced numbers, the island’s elephants are often in conflict with local residents, with costly, or even deadly results.

Just last week, for example, Sri Lanka’s Sustainable Development and Wildlife Ministry announced that 93 people were killed in elephant attacks in 2016, with another 78 left seriously injured. Additionally, 1,320 incidents of elephant-related property damage were recorded. In total, the Ministry was forced to pay Rs30 million (Dh717,664) in compensation for the deaths, injuries, and damage.

These encounters can also end with dead elephants. Approximately 1,500 have been killed in the last 12 years alone, according to government statistics. That’s not counting many that were were maimed or killed by landmines or gunfire during Sri Lanka’s long-running civil war. Laws on the protection of the animals are harsh — killing an elephant carries the death penalty though it must be noted that there have been no executions for any such crime since 1976.

Despite the strict laws, many elephants face mistreatment and captivity in temples, for festivals, and for the amusement of tourists. Some tour operators and hotels continue to promote elephant rides to visitors, and several prominent local politicians — including a former defence secretary — have been found illegally owning elephants.

“If you can ride it, hug it, or have a selfie with the wild animal, the chances are it’s a cruel venue. Don’t go,” warned a 2016 statement from World Animal Protection.

Thankfully, visitors to Sri Lanka still have ample opportunity to see the elephants responsibly, without causing harm, either through safaris in their habitats or in one of a number of centres which work for the benefit and protection of elephants.

One example is the Pinnawala Elephant Orphanage — about an hour’s drive from the city of Kandy — which currently houses 93 abandoned, rescued, or injured elephants.  Many of them are being rehabilitated for eventual release back into the wild.

On a recent visit, Khaleej Times got an opportunity to see the orphanage’s elephants up close as they bathed in a nearby river. Some elephants used their trunks to hose themselves and their mates with water, while others seemed content to lay on their sides and soak, as if they were in a tub. Still others — demonstrating their remarkable intelligence — cleaned themselves by rubbing their limbs on rocks.

While a veritable army of mahouts stood nearby, watching over the animals more as caretakers than as guards, the elephants were free to do as they pleased during their allotted bath time — walking freely, nuzzling other elephants or even curiously coming over to inspect their visitors. At times, it was hard to know who was really there to see whom.

This, of course, is how elephants should be seen: largely unrestricted, together with other elephants, with ample room to behave naturally. It’s an experience you won’t forget.

Bernd is a gizmo freak with a sweet tooth. He’s fascinated by planes and shiny blingy things