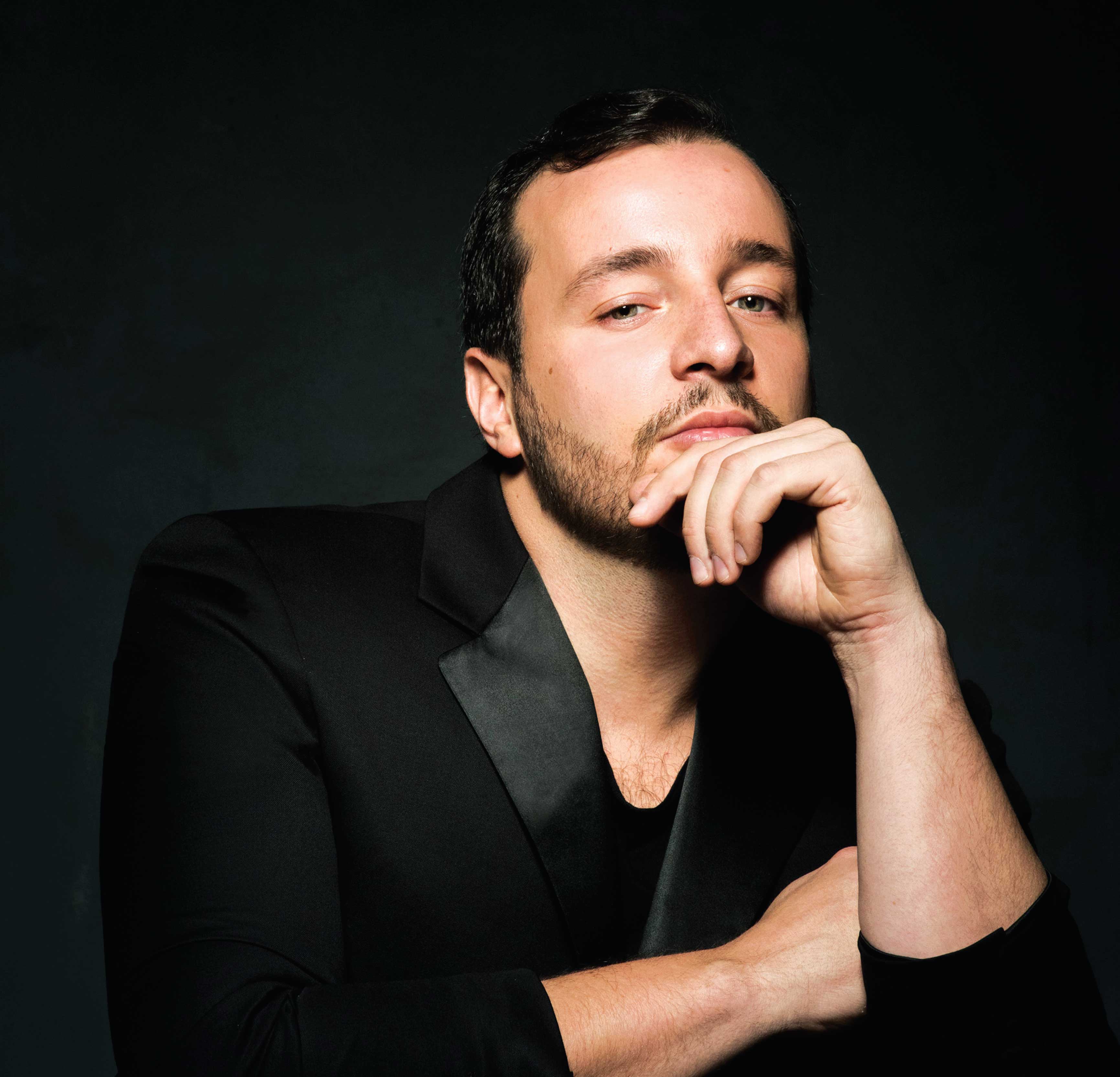 When you think of the editor-in-chief of Vogue, one of the fashion industry’s most respected magazines, the first person who comes to mind is Miranda Priestly, the character played by Meryl Streep in The Devil Wears Prada.The editor of Vogue Arabia, Manuel Arnaut, however, has nothing in common with the fictional character. For starters, he’s male, approachable, and comes across as calm and collected.

Manuel was made editor of Vogue Arabia in April, and his appointment was the stuff movies are made of.

Vogue Arabia became the twenty second edition of the magazine when the first issue hit the stands in March. Its arrival in the Middle East was a historic moment for fashion in the region. Just two days after the glittering Vogue Arabia launch party, it was announced that the high profile Saudi Princess, Deena Aljuhani Abdulaziz, who had edited just two issues, was to be replaced. It was clear she had been asked to leave. No official reason was given. But as they say, the show (or in this case, the magazine) must go on. Conde Nast (the publishing house behind Vogue) named Arnaut as her successor. The launch editor of Architecture Digest Arabia, he was already working as editor of a Conde Nast title. He had started his career at Vogue Portugal, and has worked on Conde Nast magazines throughout his career. When I first asked Arnaut for an interview, he politely said it was better to wait until the first issue was out and we had something to talk about.

Well, the second issue just hit the stands. Jourdan Dunn was on the cover wearing Elie Saab. He had three weeks to put together the June issue, his first with the title, with Halima Aden on the cover (Aden is known as the first Hijab wearing model with IMG). “The cover will always make a nod to the Middle East, so to speak. Be it the model, what she wears, the location… At Cannes Film Festival, I noticed Jordan wearing Elie Saab on the red carpet. So, in her own way, she was helping promote regional talent. That’s when I knew she had to be our next cover girl.”

Vogue Arabia prints 35,000 issues and covers the GCC and the Levant. The circulation within key international fashion cities like London and Paris is limited. It’s a two-part magazine — half in English, the other half in Arabic. Most of the content is local. Vogue Arabia is unique in that it is the only Vogue to be launched online first. The first issue of Vogue Arabia hit the stands in March while the online version had been live for several months.

“We are proud to be the first online launch,” says Arnaut. “It speaks of how this region is very much ahead of the trend. Vogue is 125 years old, and for us it is now about looking at what the next 125 years bring. We all know the future is digital. But for a luxury magazine, print will never die. The first question anyone asks me is: who is on your next cover.”

The first question I had to ask him was about the circumstances leading up to his appointment. He had nothing but praise for the editor he replaced in such intriguing circumstances. “Deena is such a fashion icon in the region.” He added, “The only constant in fashion is change.”

Arnaut is from Portugal. He’s worked in the region now for three years and is considered one of the best style editors in the Middle East. There is another reason his appointment was important. Just a few days before Arnaut took on the role, the industry was abuzz with the fact that Edward Enninful was to become British Vogue’s first male editor-in-chief. Alexandra Shulman, who was an institution unto herself, having been at the helm of British Vogue for 25 years, was stepping down.

It was in January that Emanuele Farneti, the former editor of Italian GQ, was made editor-in- chief at Italian Vogue, and become the first man to be at the helm of any edition of fashion’s most loved magazine. And now the latest country to enter the Vogue portfolio, Poland, will also have a male editor. It does seem like the women’s magazine is becoming decidedly male-led.

“Being an editor is not about being a man or a woman. It’s about having the curiosity, work ethic, being able to stick to vigorous deadlines, keeping your eyes open and having a love for what you do.” And Arnaut loves ensuring the fashion of this region gets the international exposure it deserves.

As an outsider who has now adopted the region as his home, he says, “When I was moving here, my family was concerned. The international media focuses on conflict in the area and not on the beauty of the Arab world.” He points out that this region has understood the importance of style since the days of Cleopatra. Queen Rania of Jordan is considered to be one of the most stylish women in the world today. In his second anniversary issue as editor of Architecture Digest, he wrote about the palace of Sheikha Lateefa.

“Another misconception is that people here will not open doors for you. If they see quality, they allow you to enter. And of course when people know it’s Vogue, then they know quality is not a question”.

He was on his way to the Paris Couture Week when we met, and was looking forward to seeing the talent from the Middle East there. “Rami Al Ali’s presentation is at the Ritz. It’s such a proud moment for us from the region. Then there is Elie Saab and Ingie Paris… and Noor Fares has a jewellery presentation. And of course, Rabih Kayrouz, Rami Kadi and Zuhair Murad.”

“There is so much good taste that comes from here. In the May issue, we did a piece on Layla Moussa. The work that this Saudi Arabian designer produces is just incredible. The embroideries are so refined.”

In the current issue, he is most proud of a piece on Hotel de Crillon, the iconic Paris hotel that has been under renovation. Karl Lagerfeld is working on the interiors. Two designers from Lebanon are also working on the project.

So, while this ‘devil’ perhaps wears neither Prada nor a trademark white Hermes scarf, what he does wear is a belief in the talent of this region. It looks like after what can only be called an interesting start, Vogue Arabia is ready to become the region’s fashion bible.

Sujata is fashion editor at KT. She makes it her business to stay on trend