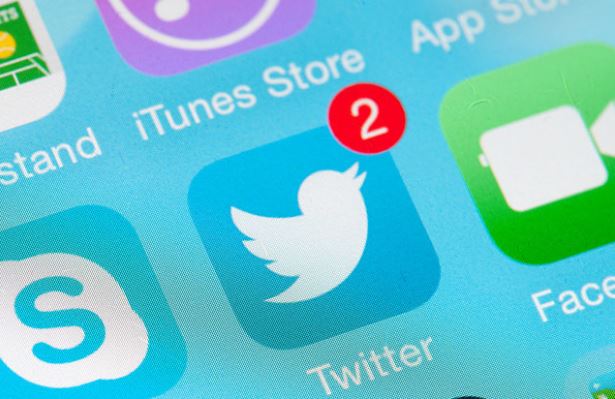 It’s not the fault of the media when ‘unpresidential’ or ‘modern day presidential’ presidents and prime ministers keep them at a distance. That’s because they’re close to Twitter, a birdie tells us. World leaders are flying off the handle on the medium. Who needs real journalists and media conferences in real life scenarios? Social media is a comforting medium; it’s comfortable. Face the screen and not the Press; press Enter and watch the deluge of reactions and comments. It’s democratic — come to think of it — when elected leaders and others who despise and mock them have an equal say. We, the People are secured by bots and online conglomerates who run and censor the show ostensibly to keep out hate speech and snoopy terror recruiters.

The digital disruption of media is happening with leaders having their fingers on the pulse of their base of voters in just 140 words. Take the case of US President Donald J. Trump. Mornings are never the same since he took office in January. They come alive when he fires those short bursts of polemic. He’s abrasive — especially if it’s emanating from @therealdonaldtrump. Fake news! He will bellow and scoot for the rest of the day when the Press is free to voice their opinion quoting unnamed sources. Ah, the anonymity is liberating (CNN recently let three journos go for getting their Russian links wrong) and the liberals are not loving it. Let the Twitterati who believe they are the illuminati or intelligentsia or whatever, dissect it to shreds and spend the rest of their waking hours trying to make sense and prepare a response of what these heads of state and governments have to say.

For the leaders in question — they prefer not to take questions — skip long press conferences with pesky ‘accredited’ journalists (even if there’s a media representative from Playboy at the White House) setting the agenda. Our job is to ask questions, protesting scribes and scribblers say. Oh, yeah! Journalists are not promised a Rose Garden at the White House anymore as the commander-in-chief is rather impolite and is unwilling to listen. He is loathe to bare some unpardonable, unpresidential ignorance when posers are fired. This is the real thing, like it or not. Leaders like Trump, India’s Narendra Modi, Turkey’s President Erdogan and Canada’s Justin Trudeau (to some extent) set the agenda, direct the narrative and control the discourse on Twitter.

Why, Erdogan who now has 10 million followers, even managed to stave off a military coup against his government by taking to the medium and tweeting updates and videos on the march against democracy and his government last July. The coup failed, thanks to Twitterati who took to the streets. The president is now busy purging any opposition to his authority, and that includes journalists who work for various conventional media organisations in the country.

Ankara is even asking Twitter to silence critics who are based abroad, and who are using the medium to rail against the president’s increasing shift towards authoritarianism which he not-so-politely calls nationalism on Twitter. In Turkey, journalists are expendable in the age of social media. According to a report in The Guardian, 152 journalists are behind bars and 173 media outlets have downed shutters. These include newspapers, magazines, radio stations, websites and news agencies.

Which brings us to two of the most popular leaders on virtual networks — Trump and Modi. During the Indian Prime Minister’s recent visit to the White House where he was received warmly by the president, Trump said the two were “world leaders on social media”. Online data proves it. Their coverage is enormous in the new-age media — 33.3 million Twitter followers for Trump and 31.3 million tracking Modi at last count. That may still be way behind Barack Obama’s 91.3 million acolytes. The former president was seen as an enabler, a unifier. He had a warm place for the Press during his tenure. Not so with Trump, whose firm belief is that the Fourth Estate must be shown its place.

“I am proud to announce to the media, to the American people and to the Indian people that Prime Minister Modi and I are world leaders in social media. We’re believers,” Trump said as he indulged in some Twiplomacy with Modi — which is all about saying nice things about each other online. The US president was making a veiled dig at the regular Press when he said they are believers. Both portray themselves as outsiders to their respective ruling establishments; they have come a long way following their carefully scripted but raucous and divisive election campaigns. The established Press cannot be trusted, Trump believes. Modi, perhaps, shares the sentiment but quietly lets his Tweets do the talking. When he’s not on Twitter, he favours a weekly radio programme, Mann ki Baat, on state-run All India Radio. Trump can be cruel to the media, while Modi and Erdogan are cold and formal; Trudeau doesn’t fit in with the pack as he goes out of his way to please them all.

Indeed, leaders are true believers in the numbers on Twitter that make them popular or despicable to their followers. This does not mean the credibility of the free traditional Press (newspapers, TV channels) is in freefall. We’re talking virtual accessibility. There are no filters, only screens that separate people from their leaders. This is the new media that offers both reach and coverage. The free Press had better get used to it.

Allan is a news junkie. He loves a good  debate