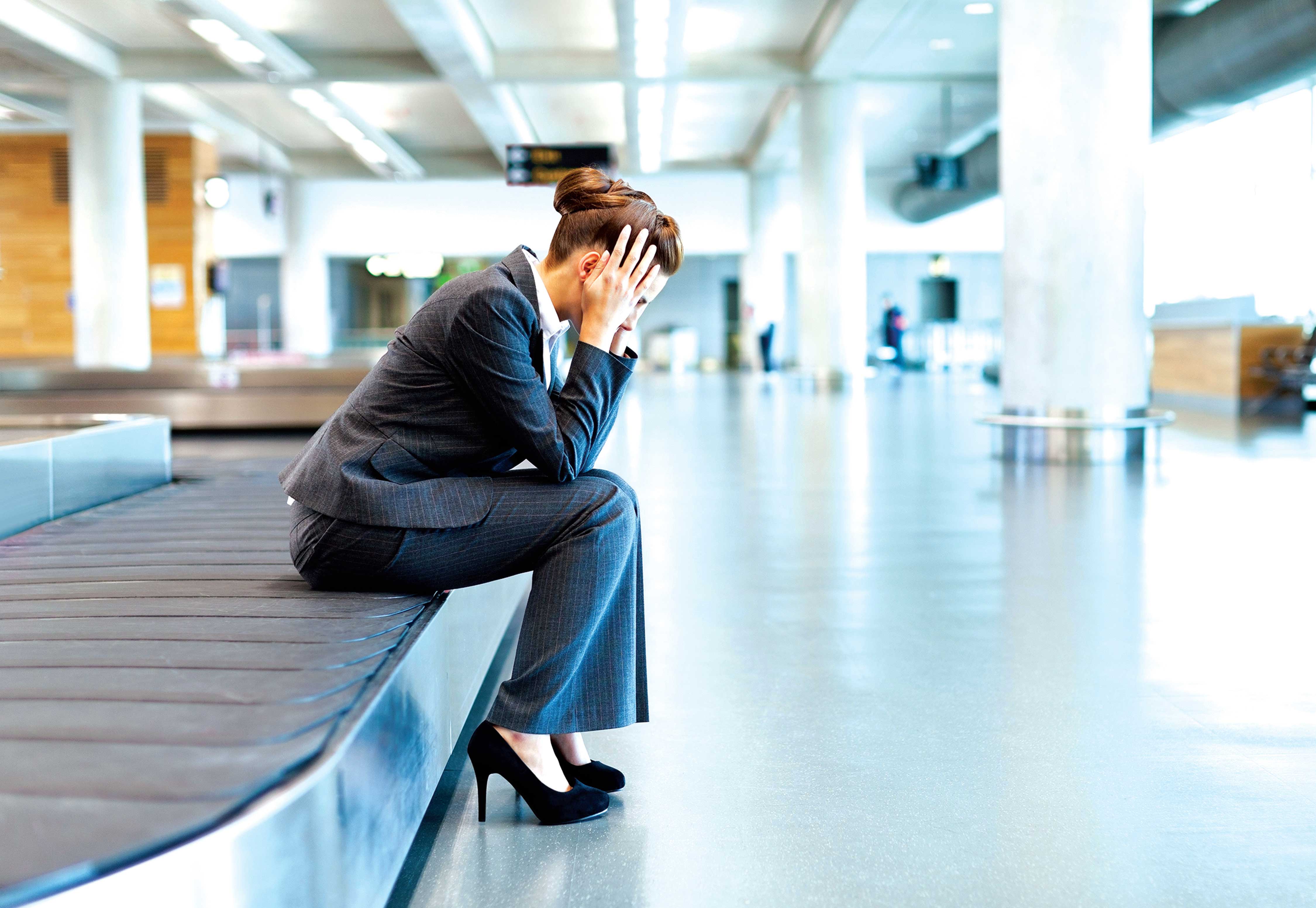 In 2016, CNN carried a major expose on baggage theft at airports. Although airlines get blamed for every such incident with the passenger taking them on, in reality, a carrier would not even be aware of such a theft since the security comes under the airport management. When you take a hopping flight and your baggage has to go into transfer and transit, the odds on it being pilfered increase exponentially.With statistics tough to come by on this sensitive issue, the basic principle is to not carry your valuables in checked in luggage. We know that, but we do not necessarily subscribe to it.

And if we do have the common sense to keep them on us, we are still vulnerable because we do not mount surveillance. For example, there exists this fallacy that business class and first class travellers are somehow above grubby activities and less suspect. Because there is this exclusive ‘clublike’ ambience, the guard drops and everyone is more trusting. After all we are a cut above… ha, ha, ha.

Winter is bonanza time because people wear bulky clothes and jackets. Coats with multiple pockets are often discarded in the controlled temperature of the airport and left on chairs and tables to make for easy pickings.

I once wondered who would know if I picked up a bag from that stylish storage area they have opposite the reception in business class lounges around the world and walked off. There is no one keeping an eye on them in several airports I have been through.

Professional thieves and conmen abound at international airports. They know their chances of getting away with it are high because you are not coming back. Once they’ve chatted you up and by the time you figure out something is missing there will be several thousand miles between you and them.

Passengers are stressed at airports. Not just by flying but also by the formalities and the often intimidating atmosphere created by announcements, gate changes, delays and pieces of paper (documentation) that they are deathly afraid of losing. Exactly why

they lose them. In a seminar I participated in at Boeing in Seattle, we listed five areas where people are most likely to leave behind wallets and credit cards. Check in wins hands down as the most likely place to leave your passport. Food stalls topped the list for wallets, with money changing desks coming a close second. Deck chairs and lounge chairs in waiting areas used for a quick nap are super for wallets to slip out or fall down or become visible.

Leaving your credit card in the machine and walking away with your money is far more common than you think.

You might well ask, how come people could be so obviously stupid. They are not stupid, they are just in an alien environment and not functioning on all cylinders. In fact, many victims are normal, intelligent people like yourself.

Another area where we perhaps do not imagine hanky panky is the night flight when everyone is dozing or the early morning flight when you are sleep-deprived. You register the hazy person opening the overhead locker ostensibly to search for something but don’t really care to check your stuff. By the time you get home and frantically look for the missing items, the futility of complaining hits you.

Always lock your carry on baggage. Nobody is your friend. By the same token, it’s all very well to be seasoned and sit back, especially on local flights, when everyone else is scrambling to get off after landing. What a perfect opportunity for a thief to pick up your bag and be out of the local airport even before you have left the aircraft.

Two tips: Put the expensive stuff at the bottom of the bag not on top, which we psychologically tend to do. And store the bag with the latch away from the front and place another bag with nothing much in it in front of your bag… makes swiping more difficult. After all, remember that anything you do to deter the swindler works in your favour. He does not have the window to plan and there are easier marks on the flight. Chances are he will leave your stuff alone.

Here is a quick updated version of the many faces of crookedness around the world.

The Ramp Rat: He works on a ‘seeing’s believing’ basis and is usually limited to third world and smaller airports. A nice neat expensive bag can get pulled off the belt and then retagged. Old bags tied up with knotted string will be ignored. Too much hassle. Zip bags with dozens of easy access pockets are a delight. Ramp rats are usually inside people and among their favourite tricks is to follow a tractor as it moves a pallet of cargo to the warehouse; then ‘net’ a bag or two which can then be transported out quite easily, especially in the dark of night.

The Warehouse Wolf: He works from within, taking his time assessing cargo that comes in and then sifting it according to his taste before it leaves for the aircraft, a time lag that could run into days. One enterprising wolf continued his saga for 25 years, exchanging labels on consignments of carpets so that the most expensive variety fetched up at a Far East destination. Warehouse stealing is the most common and the movement of cargo is so intense that policing it is next to impossible.

The Toilet Trainer: Some years ago, the authorities in India were alerted to a messy but successful tactic in gold smuggling. The bars would be flushed down the toilet on the aircraft. The toilet carts would then be monitored as they left for the cleaning area where they are washed with water over a net so that all the sewage is sluiced away. The bars, too large to pass the net, would lie on the netting, gleamingly clean.

Pickpockets: Inflight robbery is not uncommon but it largely goes unreported. The average passenger often does not realise he has been a victim and more often cannot be sure if his belongings are intact. So he keeps quiet or believes he lost it himself. Refugees, newly-weds, nervous first timers, the elderly, the rich, those who ask dozens of questions about Customs regulations, these are favourite fowl for picking.

Ground Gophers: With luggage largely standard, it is easy to swap bags and, even if caught, cover up with an acceptable apology. Usually the gopher carries useless things in his bag and then looks around a carousel for an identical bag. The odds are the lookalike will be available. If they get caught they apologise profusely.

Sob Snatchers: About one in twenty passengers are travelling in negative emotional mode. They are in grief and vulnerable to compassion. In that state of mind, avoid people who sympathise even if they are sincere… many just see you as an easy mark.

Hope some of this made sense to you. Don’t blame the airline or the airport, be vigilant, this is public space, not your home.

Bikram is former editor of Khaleej Times. Everyday humour is his forte