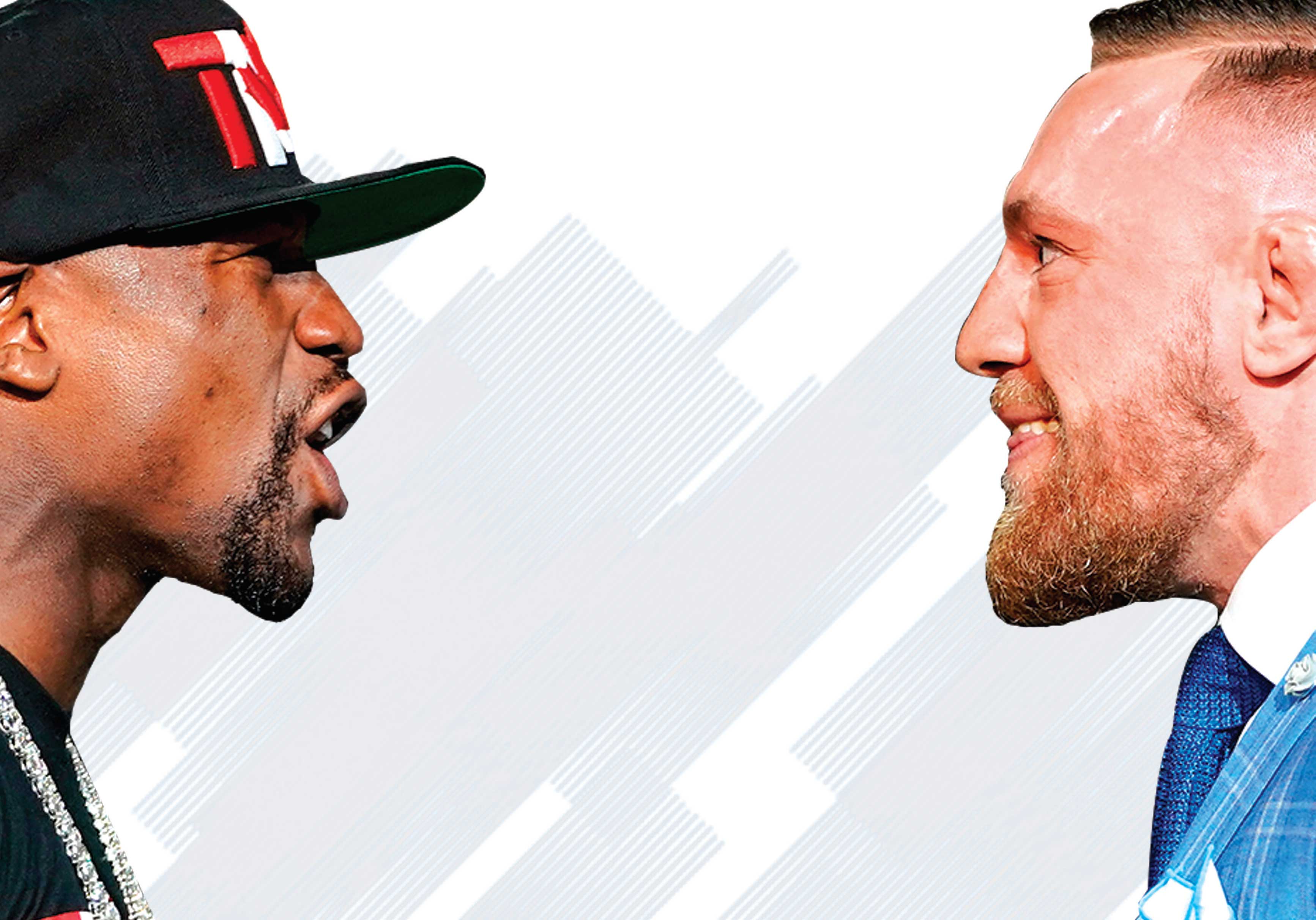 For many fight fans, the upcoming battle between Irish mixed martial artist Conor McGregor and boxing legend Floyd Mayweather Jr. is the most anticipated event of the year. But for others, the fight between two of the most foul-mouthed and controversial fighters in the game is little more than an ugly but lucrative spectacle. And, perhaps, an insult to the sport of boxing itself.

Over the last few weeks, both fighters have put their brash personalities on display for the world to see as they held a series of press conferences to drum up interest for the fight, which some commentators have dubbed the “$180 million dollar dance.” Insults were traded back and forth like punches in profanity-laced tirades — which included homophobic slurs, racially tinged taunts, and jabs at fashion sense, financial acumen and even reading ability.

McGregor even wore a pinstripe suit — on which the pinstripes were comprised of a series of expletives. Both fighters seem sure of victory, and are happy to let the other know it. “You’re the student. I’m the **** teacher,” McGregor said at one point. “August 26, I’m going to take you to school.”

Mayweather, for his part, has responded with typical bravado.

“My legacy is already set,” he said.

Much of the pre-fight drama stems from the two men themselves: they couldn’t be more different.

McGregor, 29, grew up in quiet suburban Ireland and is a former plumber’s apprentice. Mayweather, 40, was raised in rough-and-tumble neighbourhoods in Michigan and New Jersey. McGregor’s family are working class people.

Mayweather’s father (and two uncles) were professional boxers, and his mother was addicted to drugs. McGregor comes to press conferences dressed in expensive suits, while Mayweather often shows up jeans and t-shirts.

It often seems as though the only things the two men share in common are a penchant for ‘trash talk’ and a love of spending money — McGregor once famously quipped to GQ Magazine that he “drops $27,000” every time he shops for clothes, and Mayweather is fond of sharing pictures of large piles of cash on social media.

Importantly, the two men’s careers couldn’t be further from each other. While he’s been boxing for sport from a young age, McGregor comes from the world of mixed martial arts (MMA) — where he reigns as the current UFC lightweight champion. Despite his brilliance in his sport, he has never boxed as an amateur or as a professional.

Mayweather, on the other hand, is considered by many to be the finest boxer of his generation, undefeated in all 49 of his professional fights, 26 of which were world champion contests.

Despite being younger and bigger than his opponent, few boxing analysts expect anything other than a punishing loss for McGregor. It’s hard — perhaps impossible — to fathom that a novice boxer stands much of a chance against one of the sport’s best.

But this fight isn’t about boxing. It’s about entertainment, and about money. The fight is already being tipped to be the most expensive fight in history, with some predicting it will end up surpassing Mayweather’s $600 million bout with Manny Pacquiao in 2015.

Although the pair have signed confidentiality agreements regarding their pay, if things go as expected, Mayweather is set to walk away with a cool $100 million, with McGregor about $15 million less. In addition, both will get bonuses.

“It doesn’t take an expert to know how this one will play out,” the Guardian’s Deputy US Sports Editor, Bryan Armen Graham, wrote recently. “But we groundlings love a sideshow and always have, making us susceptible to promotional stunts like these.”

In Graham’s view, the “one-off” fight is not bad for boxing, nor for the MMA.

“It’s not anything except a quick-strike money grab with no enduring significance,” he said. “It’s an exciting fight until it actually starts and it will be forgotten the minute it’s over, unworthy of a chapter in either man’s memoirs.”

Sarah Spain, a radio presenter for ESPN, said she believes that the fight, and the attention it has been getting, are emblematic of an age in which we “validate idiocy, prop up materialism, and idolise the rich.”

“We ignore Mayweather’s criminal past and tax-evading present because we’re enamoured of his car collection and stacks of money piled up in his Instagram posts,” she said. “We eat up McGregor’s bigoted ranting and raving because he’s achieved a level of fame and wealth that most of us can only dream of.”

Some observers, Spain noted, may say that the insults and posturing, no matter how offensive, are all to be expected — these men are simply “selling the show”.

“But as their exchanges get uglier and more offensive, it’s time to check back in with ourselves. Do we want to validate barbarism? Are these the kind of people deserving of our attention, admiration and time?” she asked. “In today’s climate, this kind of unhinged circus is certain to sell, but we don’t have to buy it.”

Bernd is a gizmo freak with a sweet tooth. He likes airplanes and shiny, blingy things