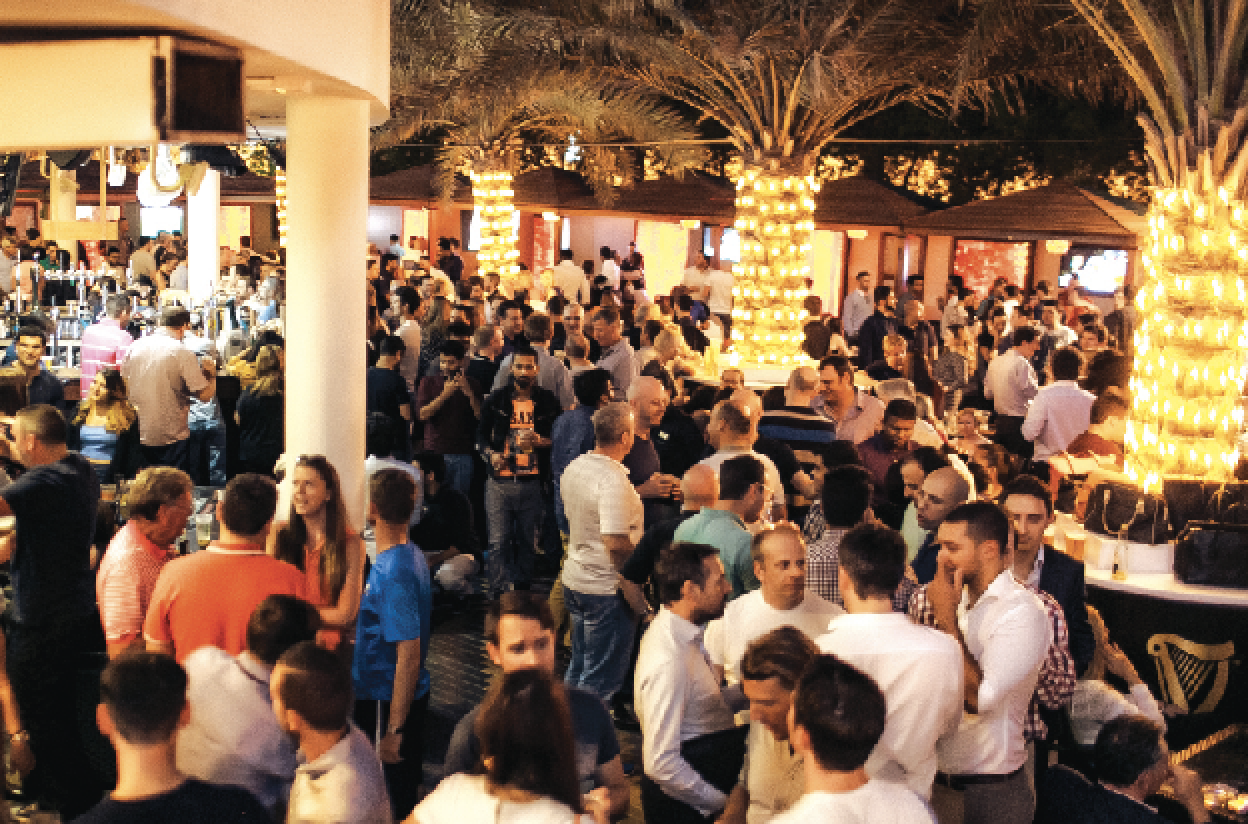 If you like scratching your head for answers, head on down with your buddies to several local hot spots in Dubai and become a master of quizzes. You’ll be surprised at how long some of these teams have been at it

Heading to a good old-fashioned quiz night with friends is the perfect way to break up the working week monotony. Luckily for us in Dubai, there’s one on almost every night of the week. A pub quiz is about testing your knowledge but it’s also about having fun. If the questions are too hard it isn’t enjoyable and if they are too easy it’s neither a test nor fun! I have been attending quiz nights in Dubai for many years with friends and we always seemed to have the most fun when we didn’t take things too seriously. Common sights at a quiz night include calling out the cheaters, squabbling over who knows the most answers (I’m guilty!), and gloating upon winning a meal voucher, thereby getting priceless bragging rights.

While some people like their quizzes packed with general knowledge and rounds such as sports trivia, I prefer the quirky tasks involved. Whether it’s answering questions about Star Trek (all six TV series and 14 movies) or getting your hands dirty in a plasticine challenge, there is an array of choices for all tastes quizzical.

The quizmasters in the city have perfected the art of putting your knowledge of trivia to the test while making sure you have fun. Plus, the exciting prizes make it worth your while.

We speak with Kevin Southam, quizmaster at The Easy Tiger Quiz in Fibber Magee’s on Sheikh Zayed Road and an official Guinness World Records adjudicator. He shares, “I’d been coming to the Easy Tiger quiz with a bunch of friends for around six years. We enjoyed it so much we kept coming back! On one occasion, the regular host couldn’t make it and she asked if I’d step in for one week and host the quiz. I’ve never looked back. Now I host it every week!”

The Easy Tiger Quiz has been on for nearly 15 years and has a number of rounds from general knowledge, famous faces, movie posters, a creative round where you can let your creative juices run riot and create something artistic around a weekly theme. There is no limit to the number of people on a team at this quiz.

Says Southam, “Last week, we had two teams of eight people each, but the quiz was won by a team of just two people! If a team is too big we might ask them to volunteer to split into two competing teams.”

Another place to head to is the urban bar & kitchen [u]bk at Mövenpick Hotel Jumeirah Lake Towers, where the quiz night is hosted by Virgin Radio Dubai’s Big Rossi. There are four rounds per quiz that vary weekly and cover a range of topics such as science and nature, pot luck, history, geography, entertainment, sports, and a music round where the DJ plays a few seconds of a song and the teams have to guess the artist or band.

Big Rossi says, “The standouts are the bonus rounds, which rotate among the plasticine sculpture, the paper airplane or best drawing and the competing teams can win ubk’s 1-metre-long hot dog.”

Even though its all fun and games, one of the major challenges faced by the quizmasters is to frame the questions in an interesting or unusual way that makes people think.

Southam says, “I write the quiz each week. This way, I can include some topical questions, and with so much happening in the world there’s never a shortage of people and events to inspire me. We want to challenge our teams to play the quiz in the right spirit and remind them that the quiz is a test of the speed of their brains and not of their internet connection.”

One of the other popular quiz nights in town is held at McGettigans JLT and has been on for seven years. Quizmaster Jono says, “We are one of the busiest quiz nights, with up to 40 teams taking part some weeks, with six members in each team. Every week is varied; we try to keep it current, with questions across a wide variety of topics. We always have a music element and pop culture questions, and a specialist round which could be anything from history to riddles.”

This quiz night looks at a lot of local content, and tries to include it in the quiz as much as possible. But how do they stop people from just googling the answers?

Jono says, “We reward snitches! If you report a team for cheating and can prove it, we will give you half of that team’s points. We also keep an eye out for phones, and give any team caught cheating zero points for that round.”

Big Rossi highlights, “There’s a no-phone policy, and we go on ‘cheat patrol’ during the evening to disqualify anyone who is cheating. The rules are strict and simple; no electronic devices to be used during the quiz, no sharing answers with other teams and no shouting out the answers.”

When asked if he is collecting trivia nonstop, Southam shares, “Without a doubt I’m always collecting bits of trivia — sometimes subconsciously, other times I hear something and think, “that would make a great quiz question”. Every person you meet and every new experience you have is an opportunity to learn something you didn’t know yesterday. The challenge as a quizmaster is filtering out the fluff and trying to remember the bits of info that our quiz teams might find interesting. For instance I recently found out that peanuts are peas, not nuts! Because of the name I just assumed it was a nut, but apparently not! They say every day is a school day, and it’s true.”

Big Rossi concludes by saying, “We try to keep the quiz as fun as possible by cracking some jokes in between. We have many regulars that join us weekly and love to power switch with bonus rounds where they get to draw Justin Bieber on a camel or even prepare an origami figurine. It’s all about what’s trending during the week.”

Deepa is a proud geek and an unabashed Harry Potter fan