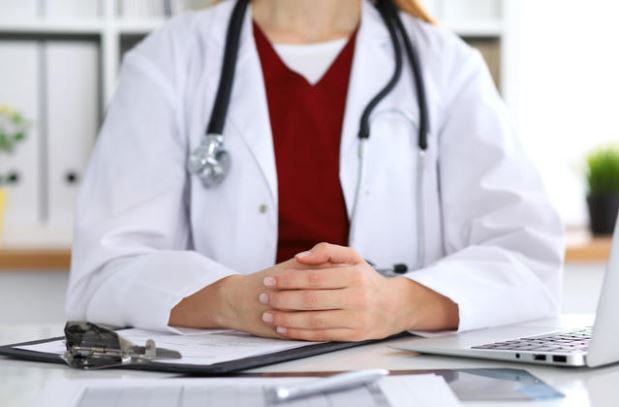 If you’re female, in your thirties and you haven’t undergone a cervical cancer screening yet, can I ask why? And before you tell me “I just don’t like the thought of it,” please don’t. It’s not an excuse.

I’m constantly floored when I speak to women around the same age as me who reveal they’ve never had a pap smear (a screening procedure used as a way to detect signs of cervical cancer). And yep, I’m that person who constantly preaches to my friends about getting it done.

Forget airs and graces; I’d rather spread my legs for the ob/gyn now, than regret not doing it, later. I mean yea, it’s a slightly blush-inducing scenario, but I’m happy to throw my dignity out the window for the sake of my health.

I understand that certain cultural norms dictate a hesitancy towards this screening procedure, and of course, circumstances (without the need to point out the obvious) mean people may not deem it necessary to undergo a pap smear. But the fact of the matter is, it is necessary.

Ignorance is not an excuse. And the argument of maintaining modesty ain’t gonna fly with me. Granted, there’s nothing modest about undergoing a cervical screening, but that’s okay.In most cases, it’s simple fear that stops people from going to get screened. We’ve all heard the horror stories, but that’s what they are: stories.

Research has shown that ‘inconvenience,’ ‘a fear of cancer,’ and ‘concerns about the procedure’ put women off from making an appointment. But we need to shake this adolescent mindset towards smears. It is about time we start realising how important a public health issue this is.

Plain and simple, early detection is the driving force behind preventing an increase in cervical cancer deaths; but early detection relies on us — the patient — to raise a hand for attention. Yet we’re not, so why?

I get it. Pap smears are an invasive (albeit minimally so) procedure. The thought of it has become so daunting to many that they simply choose to forgo it. However, the benefit of getting screened regularly (usually once every three years past the age of 25, and every year after 40), far outweighs the risk of not.

Case in point being Jade Goody. Back in 2009, it took the death of this young woman to spur a wake-up call for many women in the UK.

At the age of 27, UK-based reality TV star Goody passed away from cervical cancer. But what her death did was instigate a rise in the number of young women voluntarily consulting their doctor for a pap smear.

Healthcare professionals across the country dubbed the trend ‘the Jade Goody effect,’ as more than half a million women proactively sought out the procedure following Goody’s public battle with the disease. But why did it take something as morbid as the death of a young woman to spark their interest? Regardless of the whys, it spearheaded a focus on the issue; an issue that clearly needed to be in focus.

Reputed healthcare journals honed in on the topic, using Goody as the anchorage of their research papers. Many agreed that the pattern of increased attendance for pap smears mirrored the pattern of media coverage of Goody’s diagnosis and death.

And ultimately the conclusion was, that the increase in screening resulted in a number of lives saved. Goody died, but she saved thousands as her legacy. Her story struck a chord with so many. At that time, the British public had a love-hate relationship with Goody — a mouthy South Londoner who shot to fame following a 2002 stint in the reality TV show ‘Big Brother’.

But when her diagnosis went public in 2008 after appearing as a guest on the Indian version of ‘Big Brother,’ that same public empathised with her. Very quickly, the nation’s loathing quickly turned to love, as Goody she received the news that her case was terminal. The cancer had metastasized.

In the blink of an eye, she transitioned from hard-to-stomach reality TV star, to vulnerable mother-of-two. And within the space of six months, she lost her battle. Yet her passing started a whole new war on cervical cancer. It saw women take charge of their health.

But sadly, over the years, ‘the Jade Goody effect’ has slowly worn off. The number of young women taking up cervical cancer screenings in the UK has once again declined. And though statistics on the issue aren’t within reach here, I can imagine this pattern is mirrored in the UAE.

Again, I find myself questioning people when they tell me they haven’t been screened. I just don’t get it. Goody’s death shocked a nation into taking charge of their health, but do we have to wait around for another untimely death to see a rise in the number of screenings again? I hope for our sake, not.