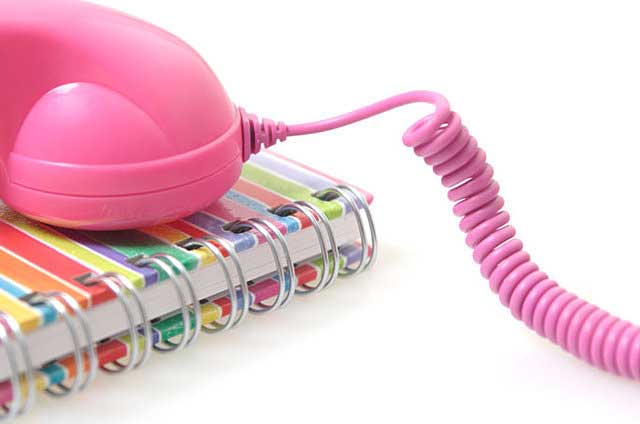 Do you agree that everyone has a mobile phone? Some have three, like little trophies aligned to make them feel important. The big one, the not so big one, and the little one. Get the drift?

And you also accept that scarcely anyone uses the landline anymore. It is there but you really do not use it like you used to at one time.

So, then, tell me this. Why are people reluctant to give out their mobile numbers? You call anyone’s office and the secretary will invariably say, sorry, I am not authorised to give it.

Why not? What is so special about giving it? If he doesn’t want to answer he won’t pick up. And why are you not authorised? It is not as if I was asking for your password or the code to your safe.

You call someone’s home on the landline and you are told he has gone out.

So can I have his mobile number?

Sorry, but Sir has ordered not to give it to anyone.

What will happen if you give it? If I can ring up a shrill call on the landline, how am I disturbing him more by calling his mobile number?

Those are my orders, Sir.

Really, then why does he have one? I can understand this confidentiality thing working some years back when mobiles were alternates to landlines. Then you kept them for the exclusive few. Now they are the main source of communication. Since nearly everyone and his uncle has either more than one or a double sim then what you can do is have one for the great unwashed and if you don’t want to pick it up then don’t, but not giving it is no longer valid.

Watch them juggling sims and instruments when the plane lands, we have survived, we are on terra firma, tell the world we still belong.

We live in/on these ghastly things — now the dirtiest, most bacteria-laden items we touch after remote controls — which are nastier than a toilet. In Japan, nine of ten owners have waterproof phones because they take them into the shower and continue their conversation.

The irony is that we spend hours on the phone and can hardly survive without it, largely making inane phone calls and sending even more inane messages and checking our mail as if we were running the world and then we get all gun-shy and apologetic about giving it out to anyone. An uncharged phone triggers panic.

Mobile phones give you lots of stuff. Headaches, radiation, insomnia and on a truly bad-luck day, they can blow up in your face and readjust your features. There are now five billion out of the six that live on the planet who have these phones but just don’t ask for their number.

How am I supposed to call you if you don’t have a landline number and you won’t cough up your mobile contact? What is so sacred about it? My friend has his ‘contact’ list divided into categories. Don’t pick up. Business type. No way, menace. Spam calls. Unknowns. Positives. Yechh.

I don’t know who the yechh lot are, but as the phone rings, one of these cautions come onscreen and he can then take the call… or not take it.

You call him. You can visualise him looking at the screen and thinking, okay this I don’t have to take right now, let it ring or I’ll press that pre-programmed button and it will send a message saying, “Can I call you later,” to which there is no answer because he did not answer.

Love to say, no, you cannot, take a hike. Because I know you are looking at the phone as it rings away and you are ducking me.

Now, we all understand the logic of not putting the number on a social platform or giving it freely to database collectors and being careful not to bandy it about to those who may misuse it. But let’s get a bit sensible. Your number is out there in the ether, like it or not. So it is a bit late to get all coy about it. Think of all the forms you fill where you unthinkingly give your number. From online tickets to banking to applications for services across the board, it is almost mandatory to give out your mobile number. It often becomes an asterisk-marked compulsory field. We must have on an average filled in over a hundred such forms if not more. So our number is hardly a secret. We happily put it on paper and even offer an alternative number to be contacted in case of an emergency. So much for confidentiality, we don’t ask permission — we cough it up without a concern.

Have you tried to apply for a job? Your CV inevitably has your mobile number writ large on it. We are even ready to give the number on a public survey or a hotel experience.

But someone asks for it and we get all cute and careful, ooooh, no, not the mobile number. Much of this resistance is based on old habit and the scare stories of it being misused. What with hackers and their ilk ready to do the dirty, we want to be safe. But the moat has already been breached.

If I can get into your landline, reach your office and home, give my number or you can see it on your screen as incoming… what do you think I am going to do armed with your number?

Give it out but then when the phone rings, don’t answer it. Makes great sense to me.