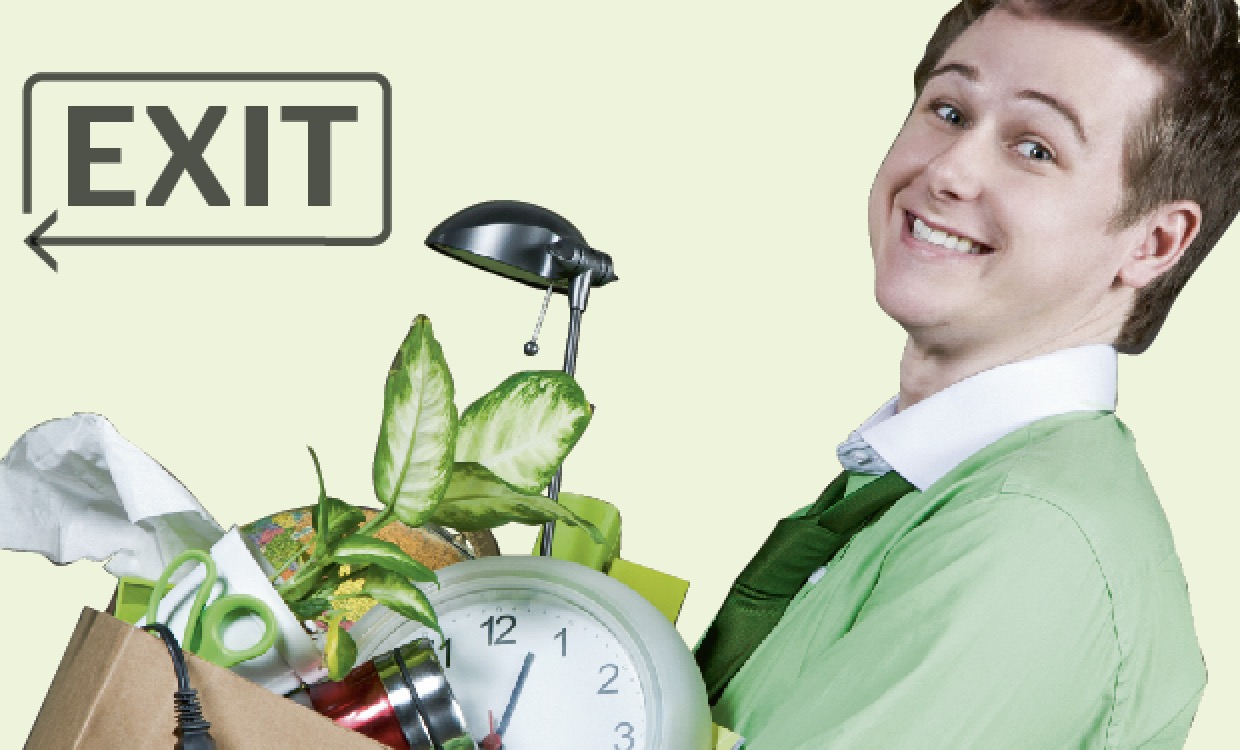 You need a bit of class whether you’re on the sacking side of the fence, or indeed, the sackee. What goes around, comes around, so be generous toward the other and contain your resentment

It has always been mystifying why so much store is held by flinging people out of office unceremoniously rather than decorously letting them go. The argument given is that the guillotine has to be sharp and flinty because there is always the risk that in this cyber age the departee may truly do the dirty and mess with the systems.

Might also steal the company secrets, says my corporate friend who has just scythed six senior people, and we can’t have that.

I told him that for paranoia this is hard to beat because it defies logic. The staffer already knows the darn secrets and probably has whatever databases needed to oil his way into another job on a USB stick and a copy on the home computer. How many people do you know including yourself, who when they get the chop, are thinking about swiping company secrets. And really, what percentage of the staff being sent off on their bikes are such genius hackers that they can mess with the systems in that thin window of opportunity afforded to them? Most of us can hardly display the computer savvy required to save our copy and not have it disappear into the ether. And if someone is that smart, he can find a way into your setup. What are you doing sacking him in the first instance… you should be promoting him.

But more and more, we observe that the last moments are hurtful and cruel. It does not matter how many years of service you have put in, this experience can leave you bitter and angry. Instead of letting people go with grace and dignity and a soupçon of goodwill, we make them just sink into the trough of shame. It’s only a job, why reduce the individual’s self-esteem where ill will is the only result?

The suddenness of the fall does not inspire fear, nor does it make people work harder to avoid being sucker punched and placed on the hit list. In fact what it does do is generate lashings of resentment and slams the morale because it is frightful to find comfort in the ‘there but for me go I’ sensation as a colleague from just yesterday is reduced to a toxic ‘do not touch’ status. This is how it goes down: staff or department head, all you get is an outpouring of embarrassment and a sick feeling in the pit of the stomach.

Unfortunately, the HR department pays the price and if there is one that enjoys the blood-spill then you will face trauma.

Largely because they have the unpleasant task of escorting you out of the office when you get that 5 o’clock letter and most of them are uncomfortable though they see it as a perk.

And they hover over you like hummingbirds as you pack your personal belongings as opposed to the company’s rubberbands that you cannot take with you.

Then they won’t let you touch your computer.

I have never understood this rudeness. Not only is it deuced embarrassing to have two or three HR guys doing this FBI thing while your former colleagues drift further away and you feel criminal, but it is the idiocy that gets me.

Truth be told, if someone brought me confidential stuff and tried to cadge a job, I’d get rid of him right there. He would, somewhere down the line, do that to me, too.

Often enough it is us who are ready to do the nasty, that pledge of loyalty merely a lack of options and so easy is it to sell yourself to the highest bidder.

But if it is you who is quitting then adopt the same style and class you would expect from the company when it retrenches you. Don’t lie and say you are going back to the home country and no, you are not joining the competition, of course not, no way and then two months later you fetch up on the other side of the street.

A resignation can never be used as a strategy or a ploy and must always maintain its sanctity if it is a protest.

Whatever the path chosen for departure, it has to be honourable and you have to live with it.

We have all walked away and not looked back. On principle. On being treated badly. On being bypassed. Because the new management did not want us. Even as victims of the night of the long knives. The trick is in not setting your departure to music.

In the fourth estate there was an intrinsic but now obsolete, unwritten law called ‘act of conscience.’ It was a convention that had crossed both, de jure and de facto premises, and was used to justify a resignation without any questions being asked.

We are so much a part of the problem that when we choose to become a slippery clever part of the solution, we are still engaged in a Faustian deal with our ethics and our souls on sale.

Fourth Estate ethics have always been a prickly pear but now even more so. Perhaps it is because the decent rules of our wars do not exist any more that whistleblowers and snitches have become the fashion.

We see virtue where it is more likely no virtue exists. So extinct has it become that we grab at anything that has a semblance of propriety about it. Sacked or locating the door to a greener garden, do it the right way.