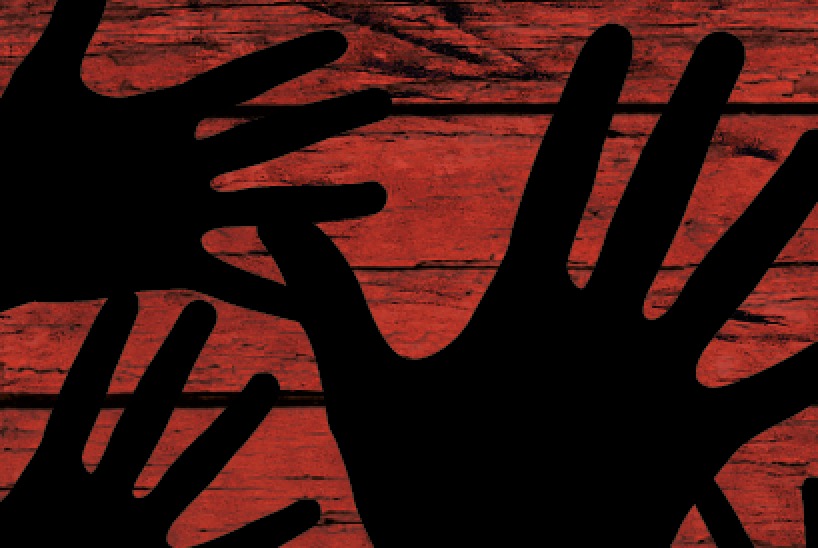 Imagine if someone told you to go back to the country you came from, that your skin colour was all wrong…

So. Racism. It’s a tricky old subject. In fact, an etiquette coach I recently encountered told me never to bring it up at the dinner table — along with money or politics. But this isn’t the dinner table. So here I am, opening up Pandora’s box against all good advice. I’m throwing my manners out of the window because this needs to be talked about.

Earlier this week, I landed back in the desert after a little trip back home. I knew that nine glorious days spent with family and friends meant only one thing; I was in for a severe dose of the holiday blues on my return to Dubai. To try and soften the blow, I planned ahead. Prior to leaving, I arranged to meet up with an old friend upon my return from the ‘auld sod’ (Ireland).

Frustratingly, those plans went awry when said friend messaged me not 12 hours after landing — while I was at my lowest — asking if she could postpone the ‘cheer me up’ song and dance that she was due to shower me with. Her reason; she was upset; she was in no mood for cheer. At first I scoffed. I’m a friend; I don’t care how upset you are, friends don’t bail on plans. But when she told me the reason for her upset, I scoffed again. But this time my scoffs were directed towards the ignoramus that had put her in that mood.

See, while I was away, a friend of a friend had passed her number on to a work colleague. She talked him into taking her out for coffee. She was feeling down so the new interaction – not to mention the caffeine – would be a good pick me up for her. Or so she thought.

Now cue that ignoramus I mentioned earlier. He has a name, but this title is way more fitting. After several back and forth pleasantries over text, all seemed smooth sailing. The coffee date was set, but one thing was still a mystery. A little detail that turned the tables on what was initially quite a promising connection.

Thinking it was just simple curiosity that broached the question, my friend casually replied. But she soon realised it was much more venomous than ‘simple curiosity’.

I won’t reveal her nationality here (because it doesn’t matter), but as her home country letters appeared on his phone screen, it immediately pushed his nose out of joint. And that’s when the pleasantries turned to the not-so-pleasantries.

What followed next was nothing short of disgusting. And I bore witness to the screen shots, so I have proof.

“I’m really sorry, this is a mistake. I’m certainly not attracted to *insert friend’s nationality*. You should stick to your own. Bye ugly.” Yep. That exchange really happened. A grown man; a professional; a human being saw it fit to reply with something so vulgar. ‘Imbecile’ was the first word that came to mind, with ‘racist’ not far behind.

“It was like he went out of his way to send me racist abuse,” she messaged me. And I couldn’t disagree with her. Subtlety clearly wasn’t his forte. No more than her, I struggled to get my head around the sheer brazenness of this man. His remark was racist, and racism in 2017 — in fact, racism full stop — is unacceptable.

What I struggled with even more was the fact that this man actually knew a friend of this woman he abused over text. He deemed it acceptable to pass such a comment knowing full well it would get back to his own work colleague. He had no qualms about being called out on the issue; and that in itself is a concern. Needless to say, she never did get that pick-me-up by way of coffee.

As I mentioned above, racism is a tricky subject. And it was a conversation with another friend, which made that all the more obvious to me. I think the lines are definitely blurred for some people, but I’m not sure why. Racism is racism; no matter from who or where it comes. The conversation started with me reminiscing on some family holiday with my parents when I was a teenager. I got severely sunburnt, I remember vividly. That amused my friend. But then I went on to tell him about a delightful taxi driver we encountered.

It was the last day of the trip and we were waiting for a bus to take us to the airport. As we were standing by the roadside, some taxi driver pulled up and called out to my dad using a very derogatory term. Then, as causal as day, he asked him for a cigarette. Not wanting to kick up a fuss, my dad – looking a little dumbfounded – obliged, handed over the cig, and stayed quiet. When he drove off, we all exchanged an odd look and burst into an awkward laugh. Did that just happen, we thought. When I relayed the story to my friend; a friend who says he can’t stand racism, his response baffled me. He said it was just something ‘we’ (we, meaning white people) should accept. His reason: because we’re not stereotypical victims of racial abuse.

I understood what he was getting at, but I couldn’t accept it. If you are against the big ‘ r’ word, then surely that should factor into every colour, creed and race. It’s not one rule for one and one for another. So no, I won’t accept it. Would you?