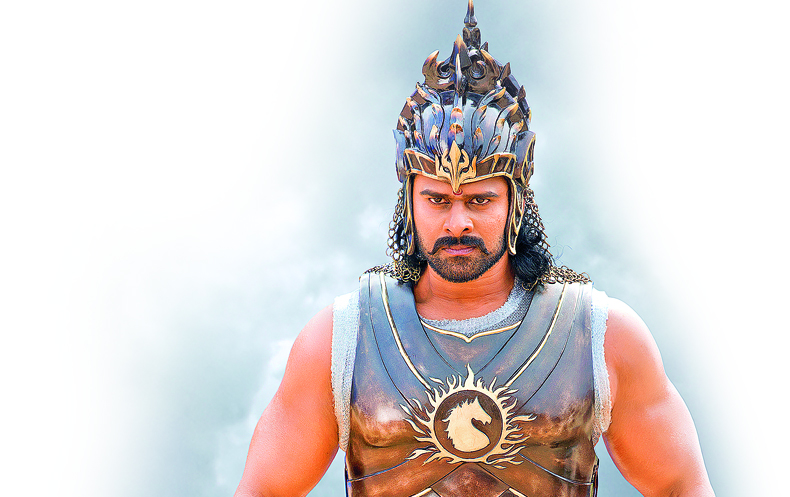 More than half the year has gone by and the only film that was a bona fide hit was Bahubali 2: The Conclusion’s Hindi version that made a whopping INR 500 crore at the box office. Originally made in Telugu and Tamil, the dubbed version in Hindi did more business than films by superstars Shah Rukh Khan and Salman Khan combined! The trend is a wake-up call for the industry that is already facing stiff competition in the market from Hollywood.

The year had a slow start with OK Jaanu starring Shraddha Kapoor and Aditya Roy Kapur failing to impress the audiences. A remake of the hit Tamil film O Kadhal Kanmani, the Hindi version lacked chemistry between the lead actors. The Republic Day weekend saw a face-off between superstars Hrithik Roshan (Kaabil) and Shah Rukh Khan (Raees). Both the films were important for the actors as Roshan was fresh from the debacle of Mohenjo Daro and Raees had been in the making for a long time. While Kaabil, a revenge drama, was praised by the critics, it didn’t match the box office collections of Raees, which was the first film of the year to join the 100-crore club. SRK fans loved his anti-hero character and the film also marked the debut of Pakistani actress Mahira Khan, who received rave reviews from audiences.

In February, Akshay Kumar continued his streak of delivering hit movies with Jolly L.L.B. 2. His quirky choice of projects has often worked wonders for him. Kumar, along with Annu Kapoor and Saurabh Shukla, garnered immense praise for their act in this political satire. The next big ticket release, Rangoon, bombed at the box office. The epic, set in World War II in India, starred Saif Ali Khan, Kangana Ranaut and Shahid Kapoor. The film had generated a lot of buzz prior to its release but was not able to recover even half of its production cost.

In March, on-screen hit couple Varun
Dhawan and Alia Bhatt came together for Badrinath Ki Dulhaniya. The audience lapped up the film as well as Dhawan and Bhatt’s endearing performances, while upbeat, peppy tunes such as Tamma Tamma, made the film a must-watch.

At the end of April, the all-round masala entertainer Bahubali 2: The Conclusion released, broke all records and received acclaim for its stunning action scenes. The historical fiction featured bigwigs from the Telugu film industry such as Prabhas, Anushka Shetty and Rana Daggubati in leading roles. The film became the highest grossing Indian movie of all time within just six days of its release. It wasn’t until recently that it was overtaken by Aamir Khan’s Dangal.

This high point was followed by a spate of flops at the box office. Films like Meri Pyaari Bindu, Sarkar 3 and Half Girlfriend failed to make any impact.

Irrfan Khan starrer Hindi Medium marked the Bollywood debut of Pakistani actress Saba Qamar. The film — revolving around a couple’s struggle to get their child admitted to an English medium school — was declared a hit, thanks to the heartwarming performances by the lead actors.

Dinesh Vijan, producer of blockbusters such as Love Aaj Kal and Cocktail, donned the director’s hat for the first time in Raabta. The film was a reincarnation story of two long lost lovers starring Sushant Singh Rajput, Kriti Sanon and Jim Sarbh, but was a colossal disappointment at the box office.

Every year, an Eid release indicates yet another  blockbuster from Salman Khan, but this year, the spell was finally broken as his latest release Tubelight did not cause any fireworks at the box office. Directed by Kabir Khan, the film was set against the backdrop of the 1962 Sino-Indian War.
The slow pace of the movie sans any item songs was a major departure for Khan,
whose fans flock to the theatres to see him flex his muscles and dance to foot-tapping beats. (A Salman Khan film not doing well at the box office means that there is a dire need for a hit in the next couple of months.)

In July, Sridevi starred in her 300th film, Mom. Nawazuddin Siddiqui and Akshaye Khanna were also a part of the film that opened on a good note with positive reviews from critics. The month also saw the release of Jagga Jasoos starring Ranbir Kapoor and Katrina Kaif. The big budget musical was in the making for three years and despite the long wait, the film failed to set the cash registers ringing at the box office.

SRK and Anushka Sharma starred in Imtiaz Ali’s Jab Harry Met Sejal, which was a huge disappointment for fans. SRK was seen doing what he does best; romancing heroines half his age in beautiful European countries. No matter the plot, an SRK movie always has a big opening, as did this one. But it tanked
at the box office because of its weak storyline and direction. Akshay Kumar’s Independence Day release Toilet: Ek Prem Katha dealt with the important issue of a lack of toilets and sanitation in India, and how it affects families. The film resonated with the audiences and it’s safe to say that Kumar has carved a niche for himself by playing these down-to-earth characters.

Among the films to watch out for this year include Ajay Devgn’s Baadshaho, Kangana Ranaut’s Simran and Varun Dhawan’s Judwaa 2. This Diwali, Rohit Shetty will be back with Golmaal Again that features an ensemble cast starring Ajay Devgn and Tabu, among others. Aamir Khan will be seen in a cameo in his home production, Secret Superstar. Sanjay Leela Bhansali’s epic Padmavati (starring Deepika Padukone, Ranveer Singh and Shahid Kapoor) was scheduled to release in November, but there are rumours that
it might not be completed due to the numerous setbacks the film has faced.

The year will come to an end with a bang with Salman Khan and Katrina Kaif
starrer Tiger Zinda Hai, the sequel to the hit 2012 film, Ek Tha Tiger. Portions of the film were shot in Abu Dhabi and from the teasers doing the rounds, looks like Salman will overcome the failure of Tubelight and end the year with a roar!

Deepa is a Bollywood buff and a proud geek