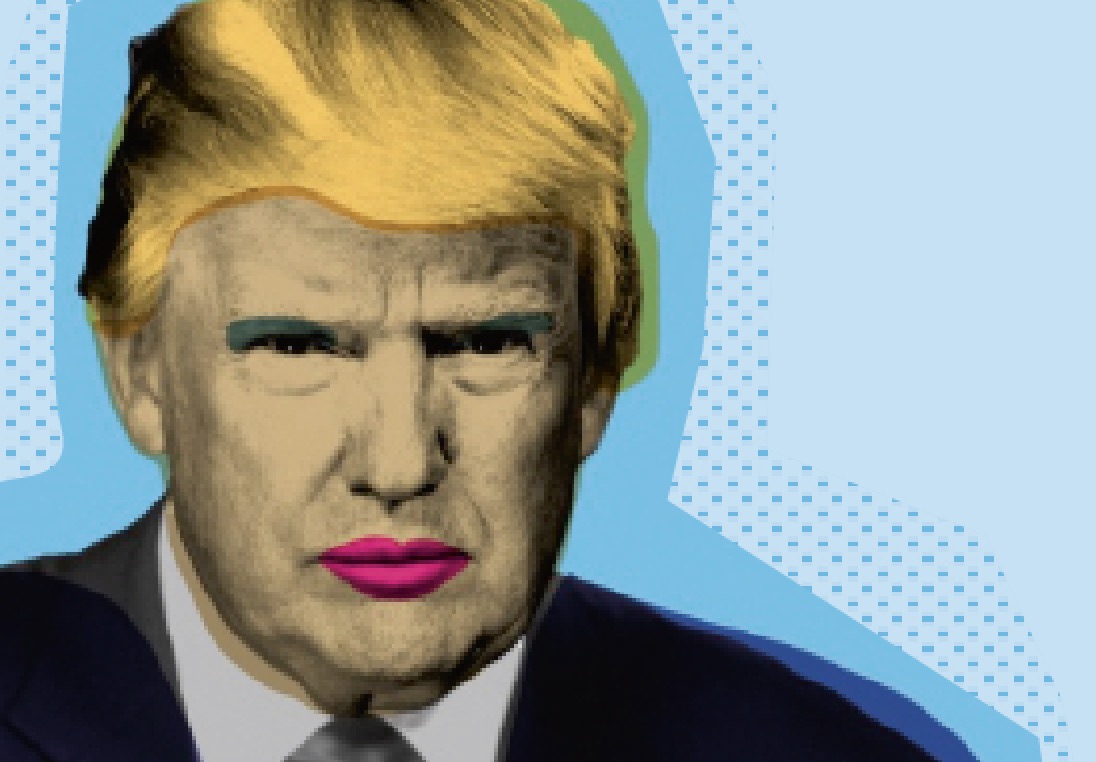 With businesses getting increasingly vocal about the sociopolitical issues of the day, how long will it be before consumers stop lovin’ it?

It used to be that business brands knew to stay well outside the arena of political debates. CEOs didn’t need a crash course in Brand Strategy 101 to know that advocating strong political stances — even sociopolitical ones — would be akin to corporate suicide. But beauty brand Lipslut (yeah, you can’t make this stuff up) seems to have missed the memo. The label has just one product — and it’s a mid-tone nude pink lipstick called **** Trump. Forget putting a finger to their lips, they’re definitely not mincing words when they say they want to be “a middle finger to the current sociopolitical landscape”.

I suppose you’d expect no less from three enterprising college students in California, given this age of ferociously vocal social justice warriors — SJWs. Away with conventions is the standard millennial cry. What’s refreshing about these guys, however, is that they’re not all mouth: the brand actually invites customers to donate 50 per cent of the product’s proceeds towards charity. In light of the recent Charlottesville tragedy, they even offered a checkout option where buyers could donate ALL of the proceeds to victims — a move that’s reportedly raised $40,000 for the cause. Not a bottom line that Trump would approve of, but it’s got the product flying off shelves, so go figure.

Now, some in the industry would tell you it’s “not a brand’s business” to be engaging in political rhetoric. Social media strategist Farrukh Naeem believes differently. “It is said that if you don’t stand for something, you will fall for anything,” says the award-winning advertising professional with over two decades of experience working for global brands in Asia and the Middle East. “Having spent my life as an advertising practitioner, I see brands as living, breathing entities. They should have values and principles that drive them. While I do not advocate that businesses get political and partisan, I would definitely admire brands that stand for humanitarian issues and put their CSR budgets towards the right causes.”

Indeed, the winds have changed and analysts are singing a different tune now — because there’s something to be said for brands willing to stick their necks out, despite a global economic climate that pushes for profits before popularity votes. Perhaps much of this has to do with a shift in perceptions by the very demographic businesses are relentlessly seeking to curry favour with: their consumer base.

The numbers are quite telling. Global Strategy Group has been conducting annual surveys on whether business and politics mix for the last four years. According to the study, folks no longer just prefer corporate political engagement — they expect it. The study noted that 88 per cent of respondents thought corporations had the power to influence social change and 81 per cent felt that companies should go the extra mile and take action to address important social issues.

That’s quite a leap from 2014, when only 56 per cent of respondents thought brands should take a stand. “With the rise of social media and citizen journalists, good and questionable practices of brands get discovered and discussed fast,” notes Farrukh. “So, it is in the best interest of brands and businesses to stand for what is ethical, humane and fair, and stay clear from policies and political stands that are discriminatory or unfair to any segment of society.”

Current seismic shifts in perceptions notwithstanding, caution remains the name of this new game, because things can still go horribly wrong. Brands still run the risk of estranging themselves from a chunk of their target groups when they take sides — like when Under Armour CEO voiced support for President Trump, only to find himself facing some serious backlash, led by his own brand ambassador, NBA star Steph Curry. Or when Starbucks announced plans to hire 10,000 refugees, which saw #boycottstarbucks trending immediately after. But with the world being so polarised on issues to do with immigration, same sex unions, religious freedom and more, this is only to be expected.

Industry experts also note that corporations jumping onto the sociopolitical bandwagon are only looking at short-term gains. “It’s a highly volatile market,” notes Cherian Kuruvilla, partner and CEO of Idea Tree Advertising LLC. “What happens in five or 10 years when the political party you’ve decided to associate with doesn’t stay in power?” At the end of the day, he says, brands just want to win consumers’ hearts and be the preferred choice — and there are positive CSR programmes they can engage with to achieve that, without becoming embroiled in politics.

Lawrence Flude, founder of brand strategy and design agency Fludium, says the big question that brands debating whether they should ‘jump into the fray’ or not should ask is, if such a political positioning would be relevant to the target market using its brand. “Is it going to influence them or alienate them? If it doesn’t contribute a considerable return, I wouldn’t advise [pursuing that route],” he says. “People are highly opinionated, and that’s just a dangerous space to play in.”

How far will public sympathy carry Lipslut’s current corporate strategy? Thus far, elated supporters are pledging donations left, right and centre. But only time will tell if their stance will end up being mere lip service.

Karen would love a career change, but only if it’ll let her play with dogs all day