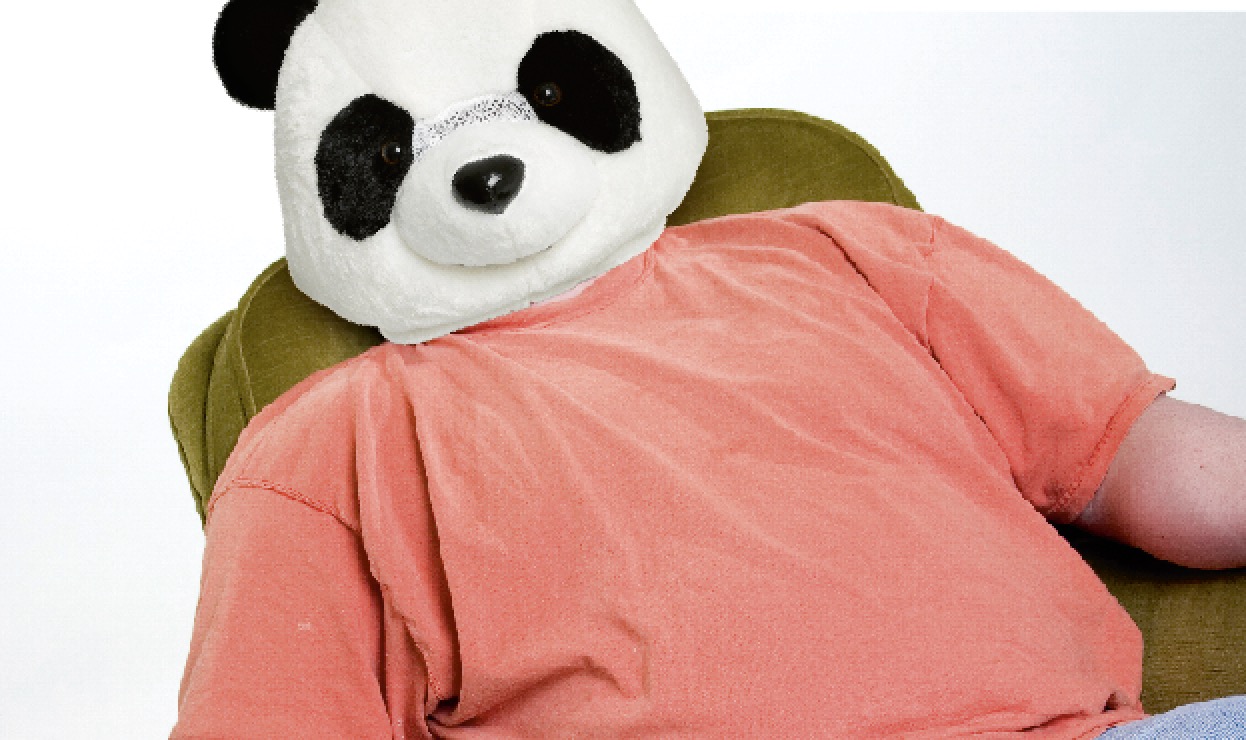 As we pander to ease, and create more sophisticated methods for a culture of convenience, our bodies will suffer. Every indicator points towards a devolution of the human race

In the old days men were hunters and their bodies and their senses were sharply honed. Add to that the much desired label of being warriors and you could appreciate why their bodies were sculpted and defined, courtesy the harsh environment and the sharp competition for survival.

Today we don’t hunt. We go to the supermarket and we sit in chairs and watch the minority do things. We eat and drink beyond our needs and our maximum exercise if we exert ourselves, is twiddling our thumbs on a keyboard or pad.

Very soon, we will have to ask: are we well on the way to becoming a round-shaped, legless butterball with flippers instead of arms?

As automation invades our lives our bodies will have to adapt to sloth, laziness, lack of physical activity and loss of muscle tone.

Men will become soft, pear shaped and their limbs will shrink from disuse. Their backs will turn slope shaped and the spine will have the texture of jello.

This is not some sci-fi nonsense. This is a scenario knocking on the door of reality. Give it a couple of generations more and watch it manifest itself. First as medical ailments that will become endemic and then as a natural transformation into short, stubby pencils of men. Aches, pains and arthritis will manifest themselves as the first signs of the body readjusting itself. Osteoporosis at your service.

Paradoxically, as men fade away as breadwinners, it is the women who until now had to contend with prejudice and be marked as weak and febrile, that will come into their own. Having been on the sidelines for centuries they will now literally take to the field as the strong ones. Being relative newcomers to physical activity they will be more enthusiastic, more into training and taking care of themselves and maintaining their bodies. As men surrender their space, women will be the new age’s warriors and breadwinners. They will hit the ball harder, go that much farther and jump that much higher.

It is already happening, the first inklings of where we are going. Strapping young men standing at the first floor elevator waiting to go… down one floor.

An average of 6,000 steps a day for a middle-aged male being the basic requirement sans exercise regimens, we are now down to an average of 3,000. And that is also doubtful. An experiment that took a middle level executive from his bed to his office through dressing, getting to the elevator, his car, from the parking bay to the elevator, to the office, to the desk required 600 steps. The same on the return trip. In the interim, very little to reach even the first rung.

A study done in Liverpool earlier this year of 25 youngsters below 30 showed that even the much flaunted break by the sea can actually soften the body. After two weeks of nothingness, the research showed the body had already started melting and reforming itself. Their steps had dropped from 10,000 to 1,500 and they were seen to have lost their lean muscle tone.

Most of us laugh away these reports because we feel we can go back to fitness again. But what we fail to realise is that it is a dangerous mindset towards crossing the couch potato line and turning into little human circles of pulpy flesh and thinned blood.

See how this attitude manifests itself in our daily lives. No, seriously, stay with me. What is more drastic than losing a remote control? We go nuts if it is misplaced. Even the disc must flip without our having to get up. Folks will circle a Mall for twenty minutes just to find a parking space near the entrance and avoid a 30-metre walk.

At an airport, one in ten passengers will avoid the mobile walkway and walk normally. Nine will ask to be transported.

And sitting, by the way, whether for work or lounging for leisure has been medically proven to be life threatening. It is called the new smoking and several research studies suggest that the longer you sit, the less you will live. It is just not a normal human body position.

Then there is the athletic con game. Walking at 3kmph on the treadmill. Playing amateur doubles in tennis at the club. Doing some sort of offshoot of yoga. Strolling disguised as determined walking. Paddling in the shallow end of the pool plus a couple of desultory kicks. Then there is the Finger Muscle Maker (FMM) which covers pressing the car music system and hitting the buttons on the mobile phone.

Finally, there is the Conservancy Copout in which you believe you are saving up your body by lounge lizarding and doing nothing. It is very much like being a couch potato and is based on the logical concept that if you are not putting your body to work you are preserving it from wearing out.

Consequently, you will live to a hundred, like an unused car.

To quote a prediction from 2010 made by yours truly. It is no joke that a new physical deformity expected to hit the human race along with the flippers and appendages will be neckitis, a sort of leaning Tower of Pisa effect between the chest and the head with the neck tilting to a 30-degree angle. This will be caused by the incessant cradling of a mobile phone while driving, eating, drinking, standing, sitting or doing anything. Medical practitioners have already indicated that the tilt has begun.

Do you recognise yourself?

We’ve come a long way since then baby — except we didn’t walk.

Bikram is a former editor of KT.
Everyday humour is his forte