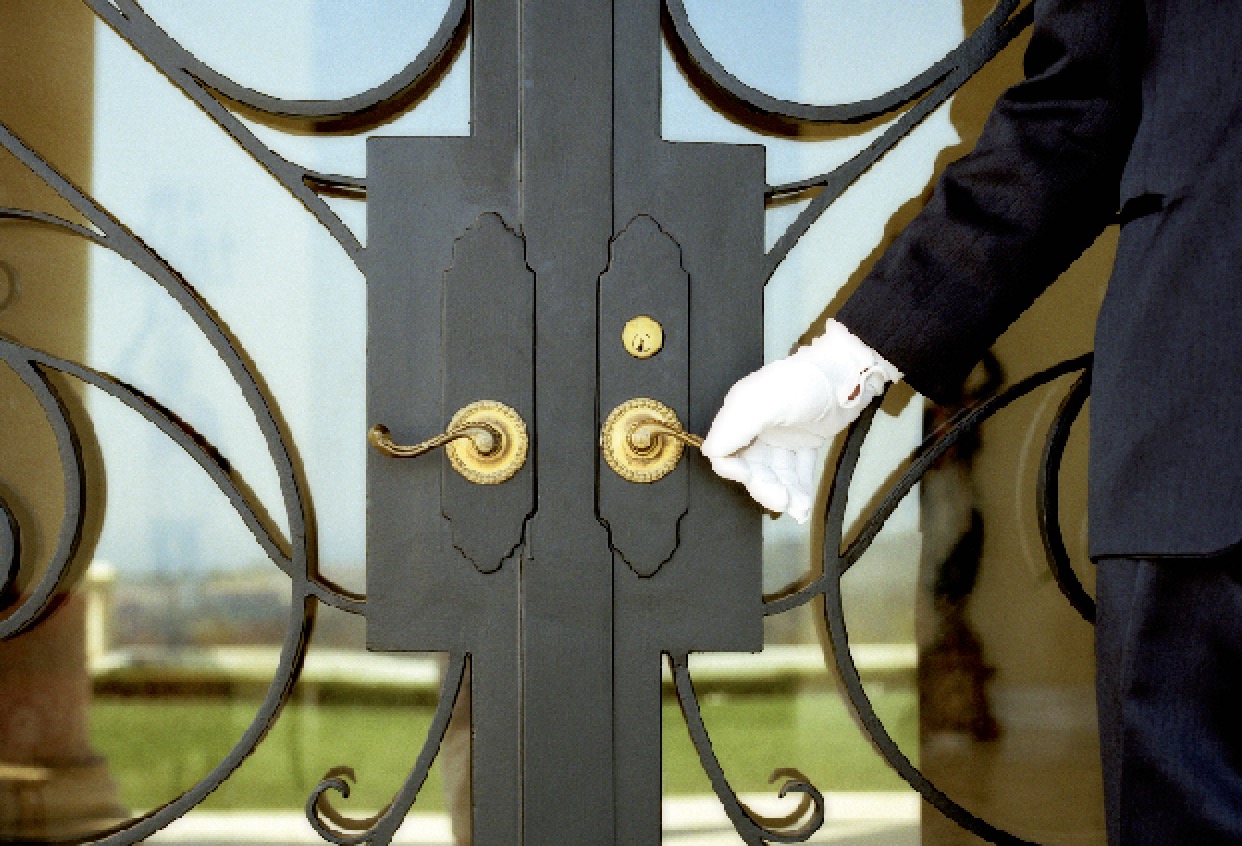 It’s harder than ever to know how your boss travels. Assuming he or she is the type that likes to share, you might see a suggestion of a private jet or a swanky beach resort on Instagram

Unfortunately for your water cooler conversations, no CEO is ever going to spill the beans on his favourite private island, the extent of his security detail, or the lengths his assistant went to procure Coke Zero in Madagascar. For that, we turned to Jaclyn Sienna India, president and founder of the decade-old travel consultancy Sienna Charles. Almost immediately after hanging a shingle on West Palm Beach’s ritzy Worth Avenue in 2008, India got her lucky break: An unexpectedly productive, $25 ad with the Explorer’s Club turned out her first billionaire client, and word of mouth turned one into many.

Now India is a go-to for the finance world’s jetset, regularly organising trips for at least two dozen CEOs, along with other titans of industry and a handful of former US presidents. Her clients range from Morgan Stanley higher ups and former top-level executives at American Express, to billionaires and real estate tycoons. Of the hundreds of trips she plans each year, 90 per cent are for high-ranking finance types, some with budgets that climb into the millions.

She said that often clients are looking for a vibe or set of experiences rather than an exact destination. Here’s what she had to say about her C-suite customers — the good, the bad, and the hyper-demanding.

A Private Jet Is a Business Expense

Private jets for execs and their families are almost always reimbursable corporate expenses. Why? Transportation is considered a matter of security, and most CEOs plan travel in tandem with work trips, taking their family with them to Dubai for a few days before jetting off to the Maldives.

“Safety” is a card more legitimately played by former presidents, says India, who has organised trips to Africa for George W Bush and his 30 secret service agents. But CEOs are productive on planes. She joked, “if you can be offline for 10 hours, then you aren’t really that important.”

Privacy’s also important. “CEOs like to stay under the radar and want to focus on their family,” India said. Speaking of family time: They often travel with their pets, “just because they can.”

Little else gets expensed. “CEOs can splurge big time on hotels, yachts, and experiences when they’re saving a minimum of $75,000 to transport a family of four,” India observed, noting the rough cost of a private jet.

It Takes a Village

For every VIP itinerary, there are “layers of experts” coordinating the logistics, says India. “They have us, a team dedicated to booking air travel, and an executive assistant working in unison to make sure everything is exactly the way they like to travel.” But having too many cooks in the kitchen isn’t something she worries about. A CEO’s personal assistants prove extra-valuable: One client drinks only O’Douls and has frequent hankerings for crunchy peanut butter; others might like their entire minibar stocked with a particular beverage (think: Coke Zero).

Preferences for air travel can be among the most important to consider… regulars might want a particular make and model for their airport transfer (vanity), some want to be picked up right next to the aircraft (speed), and others are particular about having two pilots even on a tiny helicopter (for paranoia).

But not every minute is planned. India says her CEOs “like a mix of organised activities and room for spontaneity” on their itineraries, so they have a structured schedule and time to relax.

Don’t brag to your boss about your Platinum Elite Marriott Rewards status: “They don’t care about rewards — they’d rather book the room they want from the beginning,” explained India.

So does that mean they don’t care about frequent flier miles, either? Sort of. These programmes are less valuable for those who tend to fly private, but when the unavoidable commercial flight rolls along, executives “do care about being recognised.” (Privacy is less of a concern if it’s what secures a first-class upgrade.)

The five key things they’re looking for are good light, outdoor space, seamless technology, high-end furniture, and a super-comfortable bed. Specific views (such as the Eiffel Tower or Spanish Steps) might help, too. Square footage is less important. These criteria have shaped India’s shortlist of the best hotels in the world. “In Rome, for example, everyone assumes they should be staying at the Hassler, but I don’t love it personally. It’s great for lunch, but the rooms are highly overpriced.” Instead she books guests into the just-renovated Hotel Eden, where she’s partial to the Aurora Terrace Suite. In Paris, she turns to the penthouses at the Bristol and Plaza Athénéé.

As for the rooms and resorts on CEO bucket lists? They include the Brando, a private island resort in Tahiti that was once owned by Marlon Brando; the Four Seasons Bora Bora, whose three-bedroom overwater bungalows are among the best in Polynesia; the AII Royal Suite at the Four Seasons in Lanai, Hawaii; and the private villas at Castiglion Del Bosco, a Tuscan village-turned-Rosewood resort by the fashion mogul Massimo Ferragamo.

From One VIP to Another

India scrutinises every aspect of an itinerary, from airline routings to the personalities of tour guides. But ultimately she’s not the one executing the services she books. That’s why she assembles a one-sheet of critical details: such things as dietary preferences (allergies, restrictions), an affinity for San Pellegrino over Perrier, or an addiction to spin classes, and sends them straight to the hotel’s general manager, not the front desk or guest relations team.

“No matter how much hotels say they care about every guest, they tend to lose this type of information,” she explained. This way, she is getting high-powered requests into equally high-powered hands, ensuring that detailed requests such as in-room yoga mats and blenders (for protein shakes) don’t go overlooked. Of her clients’ hyper-specific demands, India says: “I don’t have time for the crap either, so I totally get it.”

Another strategy: booking yachts, villas, and residences instead of traditional hotels. In these cases, she can control the staff-to-guest ratio herself, guarantee privacy, and custom-pick chefs or butlers whom she knows will strike the right chord.

Here’s a shocker: CEOs can be difficult. One hedge fund owner recently sent India a barrage of round-the-clock texts and emails complaining that the weather was too hot in Italy. The 12-year-old kids were as difficult as the parents. This isn’t common, though. India said that by and large, she works with “really nice people who generally appreciate everything.” What is common? Receiving flowers and thank you notes from happy clients. “It’s thoughtful stuff, not a Ferrari outside my apartment,” she quipped.

Her most appreciative clients prefer a more personal route, opening their homes and inviting India for dinners. “That’s the best thing,” she said. “I never feel looked down upon; I’m being treated as an expert and part of the family instead, and that’s really special. And the next trip we plan for them is even better as a result of getting to know each other.”