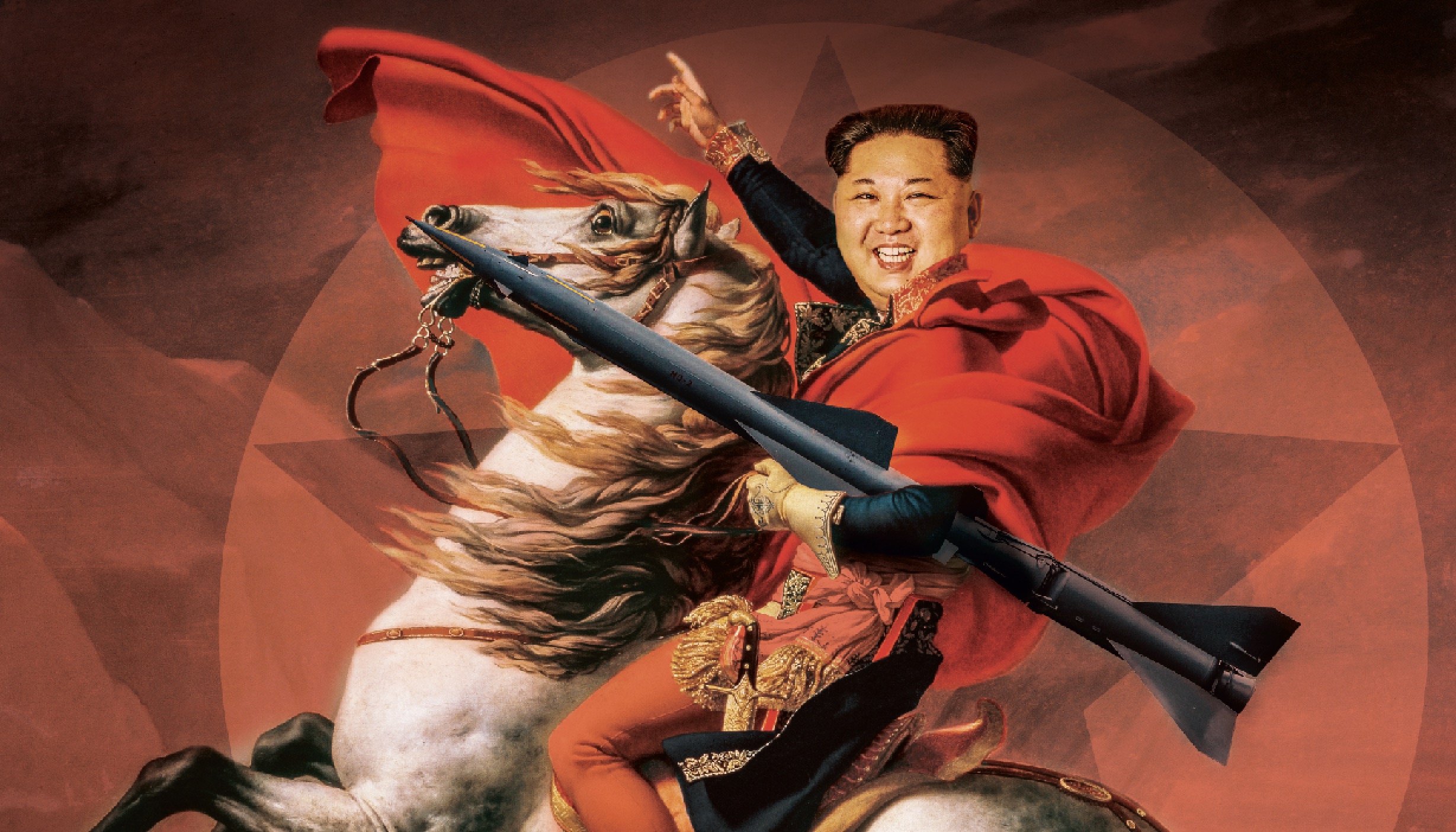 All kinds of real and fake news emerges periodically from the hermit kingdom. What does the world  have to fear from the North Korean dictator, a rising star in the nuclear firmament?

How do you keep up with comrade Kim Jong-un from North Korea, the last standing fascist- communist leader who’s busy with nuclear and missile blackmail? Committed Leftists maintain a stony silence on this scion of a dangerous dynasty when I rib them about the man’s obsession with splitting the atom and his threats of delivering them to world capitals.

Instead, they say rights are being trampled in democracies, to which I retort they should take a trip to Pyongyang, that last resort for revolutionary rage against imagined imperialism… where there is fear, trembling and fawning for this Supreme Leader from the communist stable.

But that’s of little interest to those who are blinded by a discredited ideology that swings from savage to bully that sent a million to the Gulag under Josef Stalin in the erstwhile Soviet Union after World War II. In China, Chairman Mao Zedong’s Cultural Revolution claimed another million lives in the 1950s and ’60s.

The Kim clan too has being continuing the inglorious tradition in North Korea, the only difference is that it took three generations to get to this point of no return. The pain is excruciating for those ordinary folk in the country who have had to live through the reigns of three brutal dictators.

You may be wondering if I’m digressing, but I’m not. The West got it wrong with both Stalin and Mao. They’re blowing their chances with young Kim this time and are making him stronger.

The rule of such regimes begins with famines that kills millions; a purge follows, then comes the much-vaunted and scary nuclear surge. Global concerns and condemnation grow when they go ballistic.

With the way he’s chugging on, or soaring with his military achievements and rhetoric, Kim could be on his way to cult status among the Left for ‘standing up to the United States’. Once he fine-tunes those deadly devices and delivery systems, the North could be given a seat at the high table where it would lord it over other nuclear wannabes. Hard to blame the dictator when Uncle Sam began the mushroom madness whose dark clouds linger large seven decades on and will continue to haunt future generations.

Kim may be late in joining the nuclear party as more stable global powers settle into responsible roles — but he’s getting there. He’s branching out and has created his prolific brand of weapons of mass destruction (WMDs). He is ultra-secretive, and there’s a kind of hush all over the world when he test fires those missiles.

Tension is rising and is a constant in the Korean Peninsula. The latest round saw a rocket fired over Japan which makes it 14 tests in this year alone. But that’s the way the despot operates. When he came to power six years ago, he ordered anti-aircraft guns to be deployed to take down some of his opponents. News later spread of a canine-ball run which alleged he fed his uncle to a pack of starving, blood-thirsty Manchurian hounds. What’s the word for killing uncles? Avunculucide? It is also believed he committed fratricide by bumping off his half-brother from another mother. It was a poisonous streak that was not proven, but those who claim they are avid Kim watchers said that his estranged half-brother was killed in Malaysia by spies who made him inhale a nerve agent at Kuala Lumpur airport, when he was about to a board a flight to Macau.

I could be bluffing, or all those visuals and statements emerging out of North Korea could be true in this era of fake news, but I’m certain nothing’s been verified from inside the hermit kingdom where Kim’s the last word. He means the world out there, and mum can shut up. When Western leaders describe him unpredictable, they’re only masking their ignorance about how
he operates.

To them, Kim’s someone who likes to throw a fissile fit, or missile tantrum to make the world sit up and take notice. Combined global outrage is what Kim seeks, and he’s happy getting it, yet there’s little information to figure out who he really is, what he wants and what it takes to ferret him out. A honey trap? How about sending in some spies posing as journalists to assassinate him? Hollywood plotted but flopped with The Interview  in 2014, starring Seth Rogen and James Franco.

All that cinematic bluster and comedy failed to fire because the North Koreans were livid and threatened counter-measures before it was launched. Sony Pictures delayed and reworked the movie to make it palatable to the feared leader. He loved the drama, so think again before you call him naughty. Kim went ahead anyway, and before the movie was officially released, his pack of hackers leaked it, or at least parts of it. Made at a cost of $44 million, it picked up just $11 million from the box office. That’s what happens when you poke fun at the Supreme Leader of the Democratic People’s Republic of Korea, Sony boy!  For me, that incident made him not nerdy — gave him some cerebral flair. It was his breakout performance. He became a nuclear thinker who loved the larger stage, a showman with a larger vision for a nuclearised world in which you deter your foes with those weapons of mass destruction, tamper with their cyber systems, and make a mockery of a superpower’s reel dreams to overthrow him.

The world has come a long way since Little Boy and Fat Boy, the two atomic devices that obliterated Hiroshima and Nagasaki in 1945. It must now contend with this Nerdy Nuclear Boy who US President Donald Trump once called a ‘madman’. To others like Senator John McCain, the North Korean leader is that ‘crazy fat kid’.

They must be eating their words now that the kid has grown up and is not stupid as people make him out to be. He’s a badass. “Military action is a very bad idea, especially any type of preventive strike against North Korea’s nuclear and missile programme,” according to Terence Roehrig, Professor of National Security Affairs at the US Naval War College (this was supposed to be a serious column).

Dennis Rodman, a retired American basketball star, who’s the unofficial ambassador of the United States to North Korea, has become a fan of Kim. “He is changing North Korea so much it is really becoming a 24th Century country now.”

Perhaps, it’s time for those Left faithfuls to take that revolutionary holiday in North Korea. Who knows, they could catch a missile launch.