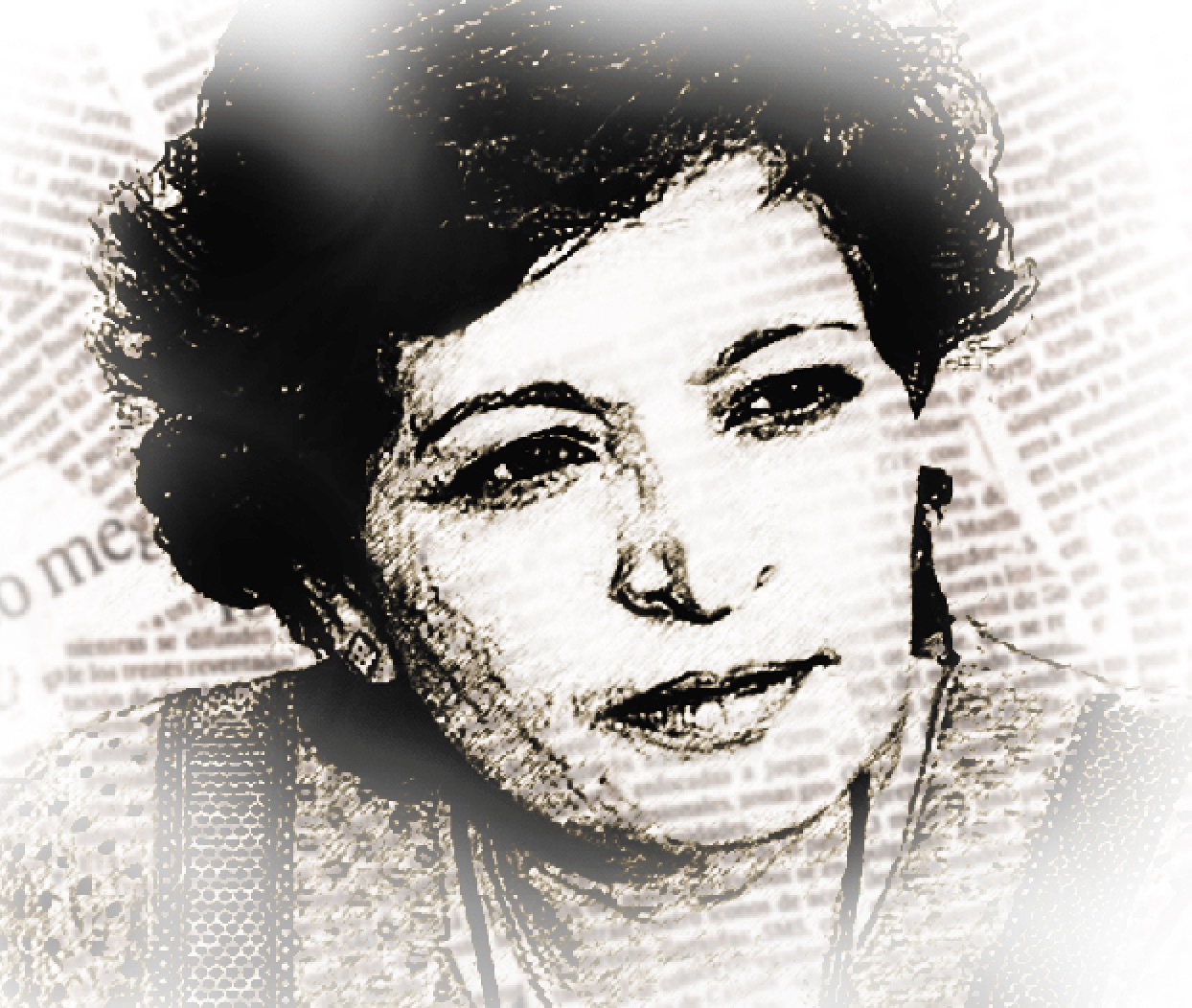 The journalist activist was shot dead outside her home in Bengaluru earlier this week. In a Facebook post, her ex-husband remembers Gauri, and reflects on her ‘beautiful life of purpose’

If Gauri Lankesh read all the tributes and accolades for her, particularly those that refer to soul and afterlife and heaven, she’d have cracked a good laugh. Maybe not a laugh, but at least a chuckle. We had decided in our teens that heaven and hell and afterlife were a lot of b***s***. There was enough heaven and hell on earth, and we should just leave god alone — he has enough on his hands — instead of begging him for favours.

But part of our compact was we would not be hurtful to others — including family — even if we disagreed with their beliefs and practices. We didn’t always succeed — ah, the impetuosity of youth! — but it was a good principle that served us well later. Which is how even when we divorced 27 years ago, after five years of courtship and five years of marriage, we remained great friends. Part of the compact. Don’t be hurtful. Even to each other.

We met at a school that was the birthplace of the Rationalist Movement of India — National College. Our principal, Dr H. Narasimaiah, and the Sri Lankan rationalist, Dr Abraham Kovoor, were pioneers of the movement, and right from our teens we took to the thrill of questioning and debunking a variety of godmen/godwomen, charlatans, frauds, superstitions etc.

More on this another time, but I’m putting this out here early to provide some context to Gauri’s murder. Rationalists and agnostics are in the cross hairs of uber-religious bigots.

One of the first books we read together — before getting into the weeds (I mean metaphorically) of religion, politics, and life itself — was Will Durant’s The Story of Philosophy. Neither of us was proficient in our mother tongue Kannada (at that time), so we regretfully forsook our own bounteous literature for everything from Wodehouse to Graham Greene, devouring anything that Premier Book Shop’s Mr Shanbhag could produce for us — at a matchless 20 per cent discount (others got 15 per cent). She returned to Kannada years later, but more on that soon.

Meanwhile, we skinned our hearts and skinned our knees, learned of love and ABCs. Terry Jack’s sappy, saccharine Seasons in the Sun had been released a few years earlier, and we hummed it between Dylan and Beatles. I’d return to Indian music years later; she was tone deaf. We read and laughed at Eric Segal’s Love Story, saw the movies ABBA, Saturday Night Fever, and Gandhi on our first dates, and went to the boonies on moonless nights to see billions and billions of stars and galaxies after reading and watching Carl Sagan.

Feisty wouldn’t even begin to describe her. She hated the fact that I smoked in college. Years later, when I had given it up for a long time, she had begun to smoke. One time, she visited me in the U.S. (crazy innit? ex-wife visiting me? But we were better friends!) I insisted that she not smoke in the apartment because it was carpeted and the stink wouldn’t go away. It was winter.

“If you have to smoke at all, go to the rooftop and smoke.”

“But it’s cold and snowing!”

“American has nothing to do with it. Being healthy.”

Many friends were bemused by our unbroken friendship. Separations and divorces are often messy, bitter, and spiteful in India, or anywhere for that matter. We had our volcanic moments, but we transcended that quickly, bound by higher ideals. On our day in court, as we stood next to each other, our hands reached out. Fingers interlaced. ‘If you want to go your own ways, better disengage’, the lawyer hissed.

After it was done and dusted (“by mutual consent”), we went out for lunch at the Taj down MG Road. The restaurant was called Southern Comfort. We laughed at the irony and said goodbye as I moved first to Delhi, them Mumbai, then Washington DC. She visited me in each place to argue about Life, the Universe, and Everything (we read Douglas Adams in school).

My parents loved her despite her rebellious nature, and remarkably for traditional, orthodox Indian parents, kept in touch with her — and she with them — even after we split. One time, when I told her about a budding dalliance, she drew herself to her full height (all of five feet and HALF INCH — she never failed to emphasise the half inch) and said: “Ha! You can never take away the honour of being the first daughter-in-law of the family.” When my mother passed away this past February, Gauri Lankesh was there, literally “live casting” for me the final rites as I flew home.

My ties with her family were as unusual. Through our separation and splitsville, I continued to meet her dad P.Lankesh, a writer, playwright, film-maker and an inspiration for a generation of rebel writers and journalists, and her sister Kavitha — “baby” to us — now a fine film-maker in her own right. Early in our college dalliance, after Lankesh’s due diligence determined that I passed the literary litmus test, I became part of the family — including the extended family of writers, poets, artists, teachers, and what I’d kid as the “buddhijeevi” (intellectual) crowd.

Starting early ’80s, we met every Sunday evening for a game of cards, where the stakes were modest but the conversation was rich. Poetry, proverbs, epigrams, aphorisms, bon mots in English and Kannada flowed ebulliently at the table. If someone slowed down the game, someone else would intone “Tomorrow and tomorrow and tomorrow…” Another person: “…creeps at this petty pace from day to day.” Third one: “…to the last syllable of recorded time!” It became bad form to speak in anything other than through literary allusions — in any language. A daring pick always invited “Vinashakaale Vipareetha Buddhi.”

They were brilliant, effervescent men, and Gauri (who joined us occasionally and was the only woman at the table) and I marinated in their learning. Appa, as I called Lankesh, taught Eng.Lit in Bangalore University, but had decamped to Kannada when we met, having just directed his first movie (I think it was either Anuroopa or Pallavi, and it won the national award). Like many great Kannada writers (Bendre, Kuvempu etc) he started out wanting to write in English before finding his métier in his roots. His play Sankranti was prescribed reading for undergrads, but we discussed everyone from Kalidasa to Ibsen, Chekhov, and Brecht.

All this continued through courtship, marriage, separation, and divorce, and even after I moved to the US. Every time I went home, over a drink or two, pop-in-law and I, refereed by his daughter, would argue about politics, religion, literature, movies, US-India ties, farming distress, health, the world. Father and daughter would tease me about abandoning the good fight, while I’d insist that it was temporary, and a little time and distance is good for perspective. Lankesh had a low threshold for idiocy (there was a high turnover at the cards table in the initial years with those unable to handle his temperament scramming quickly) but his continued affection for me earned brownie points from Gauri. When he passed away in 2000, she truly became her father’s daughter, taking over the newspaper he founded and continuing the good fight.

To this day, I unfailingly drop in to the Sunday cards table (long after Lankesh passed away, Doc Gowda, the writer-physician, is the current torchbearer). At every other visit or so, as the years took their toll of the older generation, I’d see someone missing at the table. “Yelli Sharma? (Where’s Sharma?)” I’d ask, as they made place for me at the cards table, referring to the wonderful poet Ramachandra Sharma. “Oh! He’s gone up to join Lankesh at another table,” someone would respond, without batting an eyelid or breaking the game. “And Mysoremath is on his way to join them. He’s in hospital.”

I’m relating all this to give a sense of the intellectual atmosphere Gauri grew up in — practical, rational, and largely agnostic. Death was just incidental. Respect, affection, and admiration for the good people did and what they stood for was important. Her — our — favourite word and topic of conversation in recent years was horaata — a Kannada word roughly meaning a movement/agitation/revolution. “Haegide horaata?” I’d ask during our occasional phone calls. She’d launch into a litany of the struggles she was in at the moment.

Gauri’s presence at the cards table became rare as she threw herself into the fight against right-wing bigots, zealots, and extremists. We argued about that too at the cards table because some friends thought she had gone the other extreme. There was no doubt she was left of centre, even extreme left of centre. But her heart was in the right place, and there was no place in her world for violence. Only cowards took to violence.

Some eight years back, after I had built a new home in Bangalore in the fond hope that I’d return to India some day, she determined that I needed a housekeeper to manage the place. “I am sending someone over,” she declared over the phone. “She’s a widow with two young daughters. Make sure you take care of them and put them through school.” It was an order. I complied.

Ramakka, her gift to us, is still with us; her daughters Asha and Usha both finished from school, earned degrees, and now work — Asha in Syndicate Bank and Usha at an NGO. There are hundreds of Ashas and Ushas because of Gauri Lankesh.

Just a few weeks ago, when Mary, the kids and I were in India, Gauri called to announce she was coming over. She always came to see the kids, bearing gifts, none more precious than the love and warmth she brought with her. Days passed, and she did not turn up. Busy, busy, busy, she said… you know how hard it is handling the paper and fighting the chaddis (she called the right wing nutters chaddis).

One day, she called to announce that she’s coming with her son. “Who have you adopted now?” I asked. “Kanhaiya Kumar,” she chuckled. “You mean the JNU bloke?” “Yes, you’ll love meeting him.” Little later she called to say his flight was late and she can’t make it. That was the last time I heard her voice. Bubbly and bursting with energy and passion for causes big and small.

As my plane now wings towards India to a place without Gauri, my mind is a cauldron of fragmented memories. One phrase keeps repeating and resonating in my mind: Amazing Grace. Forget all other labels: leftist, radical, anti-Hindutva, secular etc. For me, there is just this: She is the epitome of Amazing Grace.

Chidanand Rajghatta is foreign editor of Times of India. He was once married to Gauri