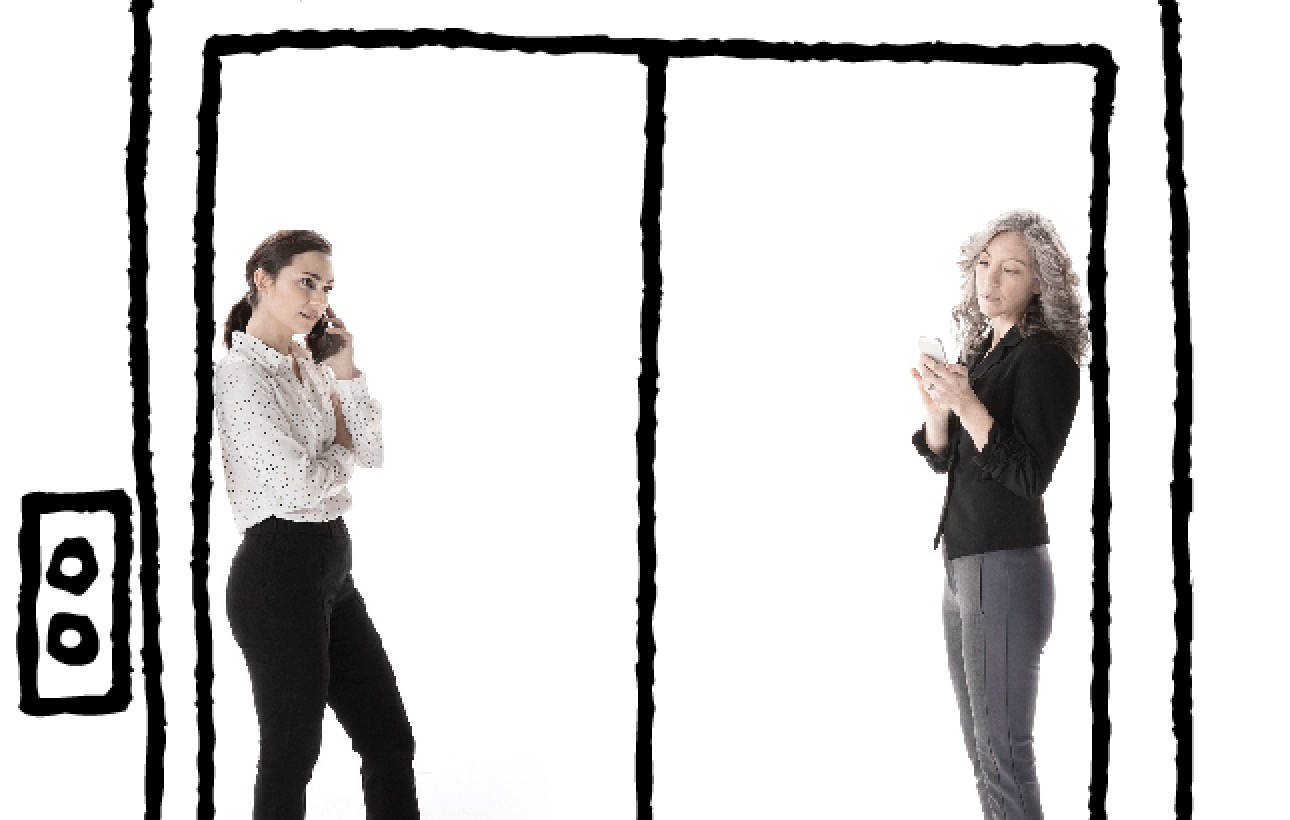 If you get accosted by the folks who live next door in the elevator or lobby, would you indulge in small talk — or would you dive into your phone and pretend you are sending an email?

A friend of mine, who lives in the American suburbs (“boonies,” she calls it, “boondocks” for most of us), is always on Facebook. Any time of the day (her night-time, and she says she has insomnia so she barely sleeps) — or night (her daytime) — there’s always a ‘Like’ or comment from her in our common Facebook world.

I finally mustered up the audacity to ask her how she “finds” time.

She: “Ah, simple enough, I don’t have anything to do [she’s a housewife, her workaholic husband comes home only to hit the sack, and her kids are in college, American-ese for ‘fleeing the nest’], and I don’t have neighbours… [pause] Actually, I do, but I never see them, they are too busy maintaining a distance… you see, in the burbs, your lifestyle is dependent on the kind of neighbours you have.”

Me: “The ‘right’ sort will be ones who’ll be hobnobbing with you all the time?”

She: “Well, yeah, be like friends, go mall crawling with me, plan BBQs and drop by at the drop of a hat, allow me to invade their privacy whenever I want.”

Me: “Seriously? I make it a point to hide behind a pillar whenever there is a ‘neighbour’ in sight. Who wants to hang with them?”

Maybe I am. But my non-understanding of ‘neighbourliness’ has a throwback to a somewhat scarred childhood. In north Calcutta, where I grew up, neighbours were frightfully important. The neighbourhood was a ‘community’. People became best friends, fell in love, got married, had extra-marital affairs. You verbally shredded your evil mother-in-law to ribbons in front of neighbours, shared notes on your latest shopping sprees, discussed the best fish money could buy, planned your kids’ futures… It was like a big, joint — and dysfunctional — family.

My family was the only one that steered clear of the general anarchy. I have no idea why. Maybe my grandfather — the reigning patriarch, who always set the social, and socialising, agenda — couldn’t be bothered; the rest of us simply followed suit.

Consequently, we were, collectively, a bit of an enigma. Everyone was dying for gossip from our establishment. Neighbours would ask our maids if we had ‘mutton’ every day, and if so, how we could afford it daily. Where do the men in the family work? Are they highly paid?

When I was in college, a ‘boy’ classmate of mine had dropped by once to borrow a VHS cassette, and we had spent about five minutes at the doorstep discussing an impending examination paper. In a few hours, one of the maids informed us all — with barely concealed glee — that the entire neighbourhood was in a tizzy. Was he ‘The One’? Has my marriage been fixed with him already? Or was he just the ‘boyfriend’?

I could go on, but I guess by now you’ve gotten my drift.

Bottom line: I’m not a big fan of neighbours. At times, I hear wonderful stories of good neighbourliness, and wonder if I’m missing out on something. But then, better sense prevails.

In Dubai, I like the fact that there’s no judgement drawn on me because I steadfastly refuse to be a good neighbour. I never smile at all the cute kids scattered around my building because that’s an invitation for their mothers to strike up a conversation. Whenever I espy someone I had exchanged a terse smile with (you know, the one that doesn’t reach the eyes) because we were both fumbling with elevator buttons, I pretend I’m reading something on my phone. I never open my door if I sense the folks across me also have their front door open; I did it once and almost got invited for dinner.

But if I’m sounding dystopian and someone straight out a Stephen King horror story, then let me tell you, there are people who are even more advanced than I am. The other day, a couple of my friends — who live in a rarefied corner of the city, where it’s so quiet you can hear a pin drop — had come over in the afternoon. A bunch of neighbouring kids had stepped into the corridor and were creating a ruckus.

They: “What on EARTH is going on here?”

They: “How do you put up with this? Neighbours shouldn’t be seen — or heard! This would never happen in our part of town. You really need to move to a ‘better behaved’ location!”

More to the point, someone I know pretty well has moved into my building. For over a year. I’ve met her once. In the lobby. She was coming in with a shopping bag from Spinneys, I was coming in with a shopping bag from All Day Fresh, and we looked at each other and exclaimed how long it’s been since we last met, and isn’t it “super strange” that we are “neighbours” and never see each other regularly? Then, I broke away to take a call, and she proceeded towards the elevator.

I haven’t seen her since.

Sushmita is Editor WKND. She has a penchant for analysing human foibles