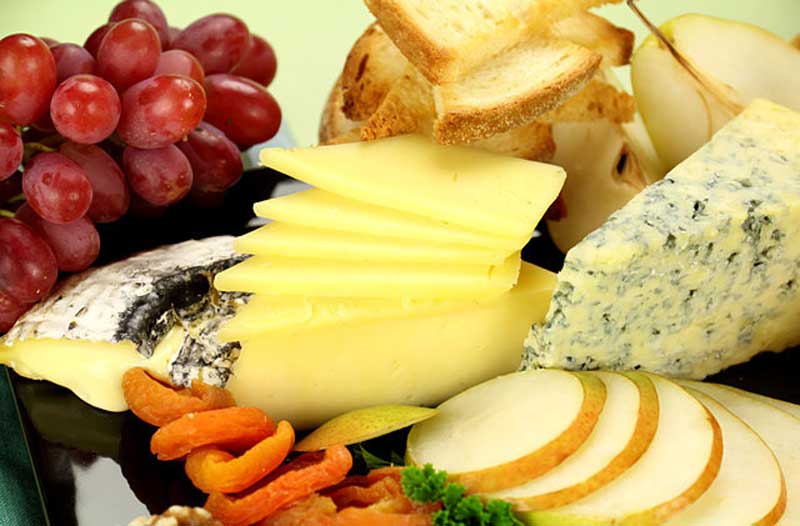 We’re on the hour and have to reach our destination at 16:30 — not a second later. A 45-minute ride later from Annecy, a town in South of France, we’re in the lap of Alpine pastures. The roads from here on are narrow, winding. Of course, we’ve belted up, but it isn’t calming our nerves.A few twists and turns later, the bus comes to a halt and we find ourselves in front of a wooden cottage in the Savoie region, Le Bouchet Mont Charvin. It’s a postcard view to behold. We absorb the quietness, interspersed with the melody of cowbells. In the front yard, a handful of hay bales lie, arranged neatly. They’re last (best) of the season, we learn later. Inside, 25 cows share their home with a young couple, the couple’s old granny, a teen apprentice, and a dog called Wiggles. This is their home, an organic farm — La Ferme des Pezières — where the couple prepares Reblochon Fermier cheese (PDO), every morning and evening. It’s one of the three dairy farms in the region. They’ve invited us, cheese lovers, over for Reblochon tasting; we take back with us a lot more than the taste of the smear-ripened mountain cheese. The couple, Fabrice (25) and Mathilde (27), is dressed in pair of shorts and boots, and vests. Their hair and nails are cut short. Fancy manicures for long nails are not an option for Mathilde. She isn’t wearing any makeup either. She welcomes us in the barn where cows of three different breeds {Montbéliarde (Jura type), Abondance (brown sunglasses) and Tarine (totally brown)} greet us with the sound of their accessories. The barn is clean. Yes, there is the animal odour, but at no point do we feel the need to reach out for scarves or our hands to block the smell. It’s 16:30 sharp: the milking hour. In Mathilde’s hand is a ‘cleaning ball’ of sorts made of sawdust and wood shavings, which she uses (along with soap) to clean the udders of the cows before milking. Within minutes, Fabrice joins her. They use pumping equipment for milking too. They operate with factory like precision, but with a ‘heart’. I watch Fabrice comfort a particular cow. She’s a new mum, having delivered only last evening. Her physical and mental pain is visible, in her eyes and posture. Her milk, yellow in colour, is filled in a tiny bucket and taken straight to her calf, who is resting in a tinier area of the barn, with other younglings. “It’s rich in antibiotics, just like a mother’s (human) milk,” he says.

We follow Mathilde, as she heads to the cheese-making room, whilst Fabrice stays back to complete the milking process and take the cows out to graze. This room is let’s say minimal, with just a handful of tools required for the preparation of cheese. The milk (120 litres) has been transferred to a large steel container. She checks if it’s the right temperature, between 23 and 23.5 degrees. She has now added lactic acid bacteria to it, ‘It will take 45 minutes for it to grow.’ As the milk coagulates, she slices it using a large-sized comb. Next, she prepares the cheese making station. Round plastic moulds (seven-eight inch diameter), cleaned thoroughly, are lined up. A piece of cheesecloth is placed over them. Soon, it is time to pour the milk in the moulds. She has to ensure each mould (cheese wheel) weighs not more than 450g. The whey is allowed to trickle down from the station into another bucket, from where Fabrice (who is back, just in time) transfers it into a butter-making machine. Nothing is allowed to go to waste on this farm.

As we rub our eyes in disbelief, they’ve already given the cheese a shape and placed green-coloured stickers on each, signifying their farmhouse made origin. Mathilde places them in the temperature-controlled section of the room on spruce boards; meanwhile, Fabrice cleans the milk container and the station. After a day or so (allowing the first yeast to develop), the wheels will be brushed with saturated brine (a mix of salt, water, and vinegar), and then transported to the caves for ageing. ‘Ours is a small farm and ageing is not possible here.’

When the cheese has been aged for 21 days, she will drive down to collect the cheese and sell the same in the market. She makes this trip thrice a week except in winters, when the business is slow and many farmers take up work at skiing stations. In the colder months, the cows spend the most time in the barn — stepping out to graze for a few hours every day.

Next, we’re invited outside for a meal in the mountains. Within seconds, a table is laid down with well, organic, farm-fresh Reblochon Fermier cheese. There are loaves of fresh bread and fresh juices too. There is no sign of tiredness on the couple’s face. They are at their hospitable best. The cheese has a velvety taste of cream and it seems to have a nutty aftertaste. The texture is silken, ‘Melt it over potatoes or dried meats,’ they say.

It will be sunset soon and also time for the cows to return. The cheese would require to be flipped every day for the next eight days. By the time the couple will go to bed it will be close to midnight. This is ‘their’ every day, a routine they repeat twice a day. There’s no question of vacations.  “We eat cheese and bread — there’s no time to cook,” they say, when we ask them when will they prepare dinner for themselves. There’s a sense of happiness, content, and peace on their faces. They’ve chosen to be farmers and they love their lives.

We’ve barely boarded the bus, when I notice they’re inside the barn, cleaning it up. Because when you are a dairy farmer, you work every waking up hour. And if you make Reblochon, a cheese that is made directly after milking, your life is defined every hour on the hour. I will relish more than the taste and texture of Reblochon, I smile to myself as I brace myself for the ride back.

Reblochon is available in Dubai across Carrefour outlets and Galeries Lafayette in The Dubai Mall.

What makes Reblochon so special?