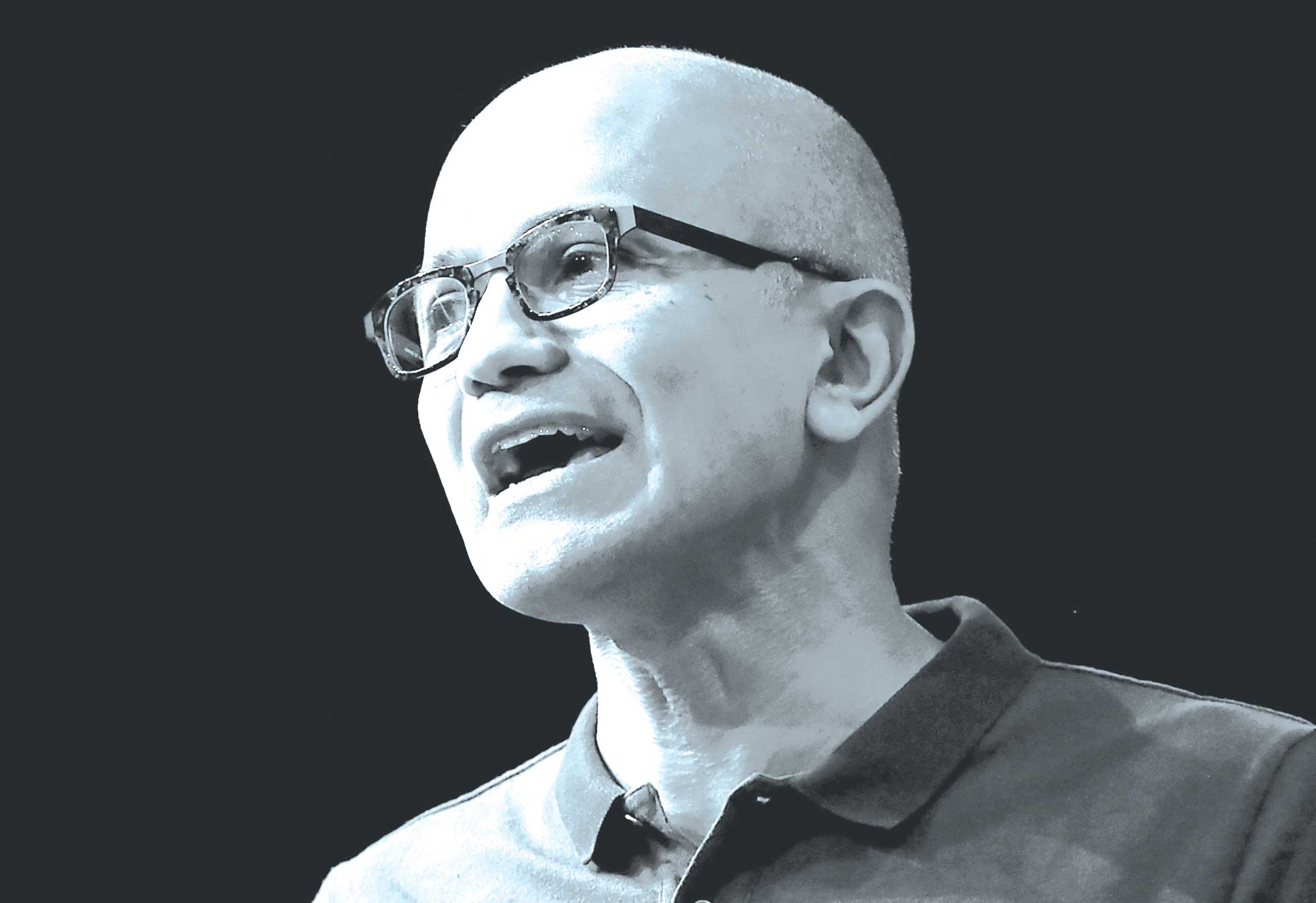 Satya Nadella, the Microsoft CEO who kept the company relevant as its primary PC software business faded, could write a book about the challenges he faced.

And he has… but it’s not a tell-all memoir. Instead, Nadella, who has worked at the company since the early 1990s, has positioned himself as the embodiment of the story Microsoft wants to tell about its transformation into a forward-thinking outfit focused on artificial intelligence, cloud software, virtual worlds and quantum computing.

“Microsoft is known for rallying the troops with competitive fire,” Nadella writes in Hit Refresh, his new autobiography. “The press loves that, but it’s not me.”

Nadella isn’t brash or outspoken in the manner of his predecessors or many of his Silicon Valley peers. His thoughtfulness stands out in an industry known for big egos and awkward detachment from the real world. He talks a lot about empathy and mindfulness. Those who know him say he means it.

“Companies that try to understand other people’s problems tend to be more successful,” said K Vairavan, a professor emeritus of the University of Wisconsin, Milwaukee, who was chairman of the school’s computer science programme when Nadella obtained a master’s degree there in 1990. Even then, Nadella combined intellectual vision with a warm personality, Vairavan said.

Nor did he ever seem stressed out — though the professor once walked into the research lab one Monday morning to find Nadella’s sleeping bag on the floor — a sign of a long weekend spent finishing a thesis.

A Passage From India

Nadella’s book recounts some personal and professional struggles, including details not widely known about his upbringing in India and adjusting to his children’s disabilities.

In a surprising passage about the “perverse logic” of US immigration law, Nadella reveals how during his early years at Microsoft, he gave up the security of a green card — which grants permanent American residency — for a temporary work visa because it was the only way his wife, Anu, could join him in the United States.

“I went back to the US embassy in Delhi in June of 1994, past the enormous lines of people hoping to get a visa, and told a clerk that I wanted to give back my green card and apply for an H-1B,” Nadella writes. “He was dumbfounded.” Risking his career gave him instant notoriety on the Microsoft campus.

“Anu was my priority,” he writes. “And that made my decision a simple one.”

In the first executive meeting after Nadella took over from his predecessor, Steve Ballmer, in 2014, Nadella brought a copy of a book about nonviolent communication for everyone in the room.

“It was a little bit of a surprise,” said Microsoft President Brad Smith. “Steve Ballmer was not somebody who brought in books. There was definitely a sense that this was something different.”

Nadella’s push for cultural shift — and hiring “learn-it-alls” instead of “know-it-alls” — is largely meant to jolt enthusiasm for a new era of innovation at the company. Microsoft had long depended on the success of its flagship Windows operating system and the royalties it gets for each PC sold with it. But the global PC market is declining, and Microsoft fell behind as Apple and Google led the shift to smartphones.

Nadella doesn’t take any shots at Microsoft’s co-founder and first CEO Bill Gates — who wrote the book’s foreword — or Ballmer. But he’s frank about their disagreements, especially over Ballmer’s disastrous $7.3 billion acquisition of Nokia’s phone business in 2014.

Nadella also refers to the company’s previous organisational structure as a “confederation of fiefdoms” and recounts negative feedback received from employee surveys and emails.

“The company was sick,” Nadella writes. “Employees were tired. They were frustrated. They were fed up with losing and falling behind despite their grand plans and great ideas. They came to Microsoft with big dreams, but it felt like all they really did was deal with upper management, execute taxing processes and bicker in meetings.”

In a book full of techno-optimism and enthusiasm about the company’s future, it’s about as critical as Nadella gets. He also largely steers away from political controversy, except to reject comments about Asian tech executives once made by Steve Bannon, President Donald Trump’s former chief strategist.

“Even when some people in positions of power have remarked that there were too many Asian CEOs in technology, I’ve ignored their ignorance,” Nadella writes, without naming Bannon. Trump barely merits mention — and gets no criticism — although the index references several pages about former President Barack Obama, all positive.

Even Nadella’s biggest public controversy — a 2014 comment suggesting that women don’t need to push for pay raises — has become a lesson in how business leaders should acknowledge their mistakes, said Maria Klawe, president of Harvey Mudd College and a former Microsoft board member who was interviewing Nadella when he made the remarks.

His swift apology cast Nadella “as a very different kind of leader from Bill Gates and Steve Ballmer,” his two predecessors, Klawe said. “Somebody who has a lot more humility and is a lot more willing to learn.”

He promises not to squander the new energy felt by employees after years of frustration. So far, it seems to be paying off; Microsoft shares have doubled since he took the top job in early 2014, and the company is attracting buzz for its work in AI, augmented reality and a new effort in futuristic computing.

“I think he has built a much more collaborative culture,” Klawe said. “He has made people believe in the future of Microsoft in a way that neither Bill nor Steve really did.”