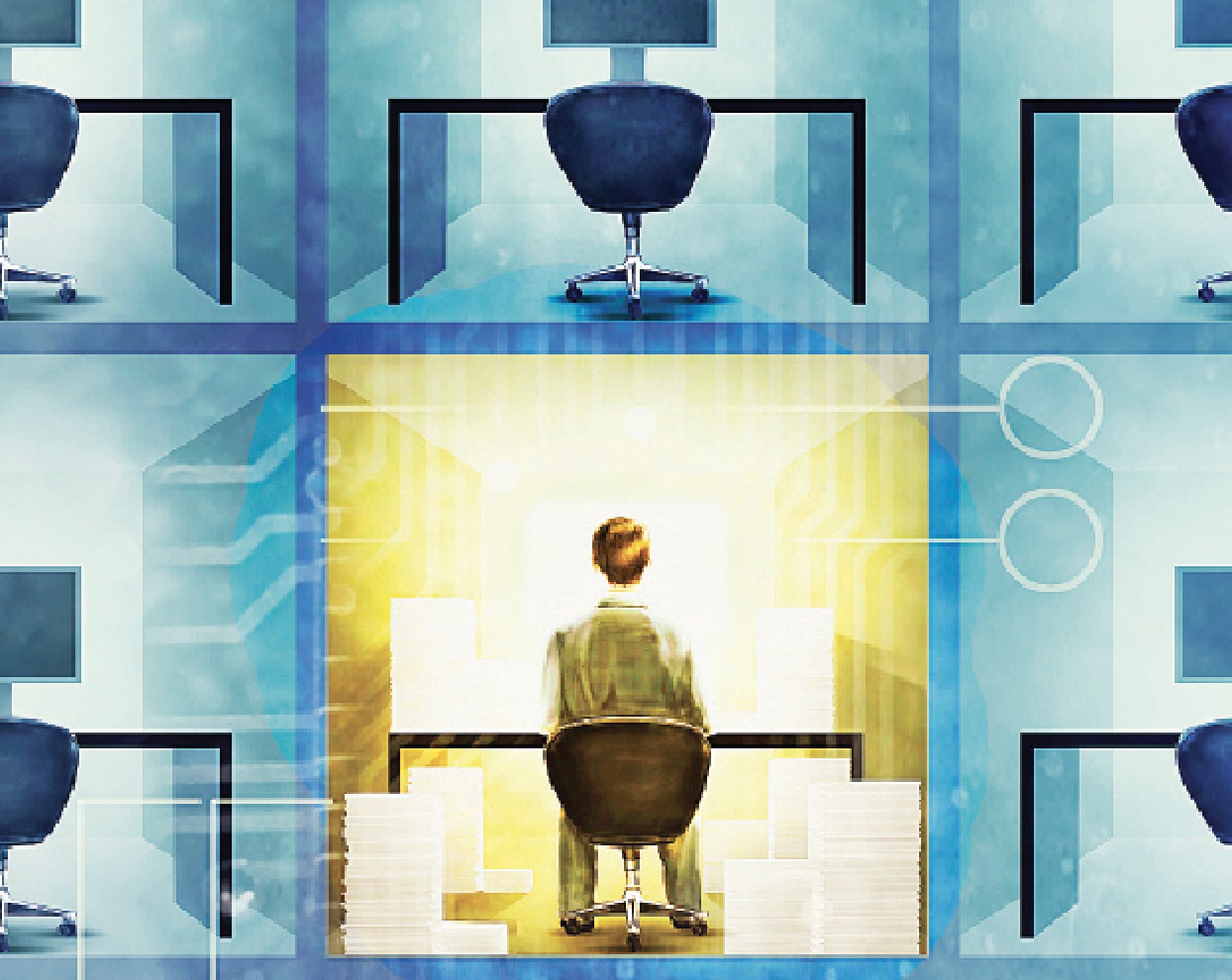 Do you stay on in your company till you die of boredom or fly the flag of loyalty? If you keep moving, do you become a flip-flop?

Ingratitude is sharper than the serpent’s tooth. And yet, we have all been guilty of displaying it because it was convenient. And even if we felt the cringe of shame, it was worth it because the stakes were so high.

I once wrote an article on loyalty being just a lack of options, a word dressed up in finery and marketed as a great pinnacle in the mountain range of human nature. Several people wrote back to say that was a thought steeped in cynicism. Downsizing loyalty was a sad and cruel thing to do since there were people out there who believed in this virtue.

I never said it did not exist. I said it was a lack of option, read my lips. You truly think your domestic help gets up every morning full of beans and says, ‘hurrah, let’s go clean up someone else’s mess, what fun life is!’ For you, he has been there for 10 years and you gloat over this display of loyalty. The odds are, he/she gets up every morning thinking, ‘sheesh, hope I get a break, something to get me out of this dismal rut.’

You can cheerfully use this yardstick up and down the hierarchy because it holds good in high places as it does for the lowest rung on the ladder.

The reason why people jump the gun and are offended is because they assume I am insulting their values, and loyalty is integral to the human art of posturing. We like to feel we are good people. You can be loyal and still plan your aspirational upward movement in your career and leave without being disloyal. It is because people do the dirty and lie and cheat and con and play games in departure that we hold so much store by hanging on — even though inside, we hate ourselves for our weaknesses.

How much time we spend moaning about the knife in the back. ‘I treated her like a family member and she dumped us flat, just like that.’ Well, she never asked you to adopt her and if you did, so be it, stop fretting.

‘’Migoodness, he was nobody until I took him under my wing and promoted him, gave him break after break, built his career and he walked to the other side without even telling me.’ Your ego is bruised and so the howling, but wait-a-minute, did you treat him right or did you drive him away by driving him crazy, repeating (how much) he owes you a debt of gratitude.

We never realise our contribution to hastening a departure, being preoccupied by the inconvenience it creates for us.

I once wrote the five common wails of the human endeavour.

I paid for her special lessons and got her a licence — now she wants out, and I gave her a raise only two months back.

He was like my brother, we broke bread together, played together and now he has filed a case against me, — can you believe it?!

The punk was a loser until I gave him the confidence and we let him stay in our home and built him up. Now he’s joined an IT company and taken our database with him.

I trusted him so much and all the time he was moonlighting behind my back and cheating the company.

My wife treated him like a third child, even helped get his pad decorated, never made him feel anything but wanted and he does this — he starts a company in the same line of business and steals my clients.

Why is it a virtue when we plot our careers and make the right moves, but it becomes a crime when the other guy does it?

You tell me, haven’t you been smart, played the odds, brushed up your CV, sneaked in a covert interview, tested the waters, given it a shot?

Of course, you have.

There is no need to feel guilty about it. As many as 90 per cent of us are unhappy where we are. At least half of that number hate themselves, loathe their bosses, cannot stand their peers and stagger to work like unthinking brain-frosted lemmings ,because they have commitments and have to pay the bills.

A friend of mine quit cold turkey from a job with all the trappings. He said, “I woke up one day and just couldn’t find the energy to get up and go to work. I had no respect for my work; the idea of listening to the boss and his idiot ideas one more day was unthinkable, so I gathered the tattered remnants of my self esteem and walked.”

He left on principle, regardless of the consequences. Good for him.

It requires courage to leave security. All too often, we swallow our pride and soldier on knowing we have been shafted, sidelined, kicked upstairs, treated badly, used and abused. But what can we do — there are no windows in sight to risk shutting the doors.

These days, there is an increasingly popular mocking attitude to those who have stayed in one corporation and the caricature of the long service award, speech and samosa celebration is widespread. You get a gold watch for 25 years of yes-sir-no-sir service.

It has almost become an indictment, as if it underscores your mediocrity — that you never thought to move.

Next week, let’s see it from the paymaster’s vantage point. Why would I invest in you if you are always on the run.

Bikram is a former editor of KT.
Everyday humour is his forte