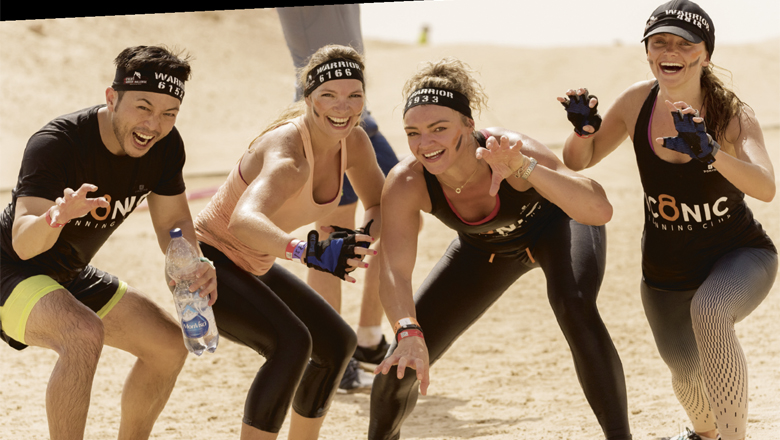 While posting some pictures after a great vacation on my Instagram handle, a friend’s comment popped up. Was I interested in participating in the Desert Warrior Challenge? I am a ‘yes-type’ person when it comes to all things fitness.

It was only when I registered for the event that I realised it was on in less than two weeks. I hadn’t trained for it, but by then, I was already part of the WhatsApp group we had formed. “I am super nervous. I haven’t trained at all for the last four weeks,” I wrote in my post. Three friends immediately responded, saying, “But you just ran the half-marathon (in the United Kingdom). This bit should be a piece of cake for you.”

I wanted to tell them that running 7km in Dubai’s heat is the same as running 21km in London’s lovely, cold weather. I do high-intensity interval workouts with the same bunch of people every Saturday, so I knew that they would support me during the race. I worked out to prep myself for the big day, but managed to run only about 30km in total.

We were all so excited when we met up at the starting point. It felt like we were going to a big party. There were random people photobombing our pictures because come on, everyone was so kicked about the race. In its fourth year in Dubai, the Desert Warrior Challenge forces you to push your boundaries and test your limits. I remember feeling breathless after just a kilometre of running in the desert. I was almost ready to give up. In fact, at the first water station, I saw three people quit the race. But I was determined to test my limits because my next goal is to run 42km in the Dubai Marathon next January. I realised that I was lagging behind many of my teammates. I understood then that eventually, I’ll have to train harder, eat and sleep better in order to become my fittest self.

This race is known to be the region’s most adrenaline-fuelled and exhilarating obstacle course. There are many hurdles that demand warriors run, climb, jump, carry and work together as a team in order to survive. Can you imagine running 10km in 40-degree heat and completing more than 20 obstacles? I am totally chuffed. Never in my wildest dreams did I think I would do something like this.

It was amazing to see participants help each other through the course. Every time there was a high wall to climb, people would link their hands together to give me a step up while scaling the obstacle. Others offered their shoulders when I was afraid to leap off that high wall. Though I have a phobia about heights, my love for adventure helps me keep negative thoughts away. Most people willingly helped others over obstacles. Like many, I was scared at times. But there were people cheering and encouraging me to jump, climb and finish the obstacle.

I even scraped my knees as I forgot to wear knee-pads while we were crawling in the desert under barbed wire. A layer of skin peeled off, no biggie. Next up for my group: to take part in the Spartan race on November 10, where we will be running 23km to complete around 35 obstacles in Hatta. I hope to run 15km daily to prepare. Hoping to make my family even more proud of me. I hope I will fall in love with myself a little bit more too! Because as Morgan Freeman said in Shawshank Redemption, “Hope is a good thing and no good thing ever dies.” I have released my inner warrior and nothing can stop me now.