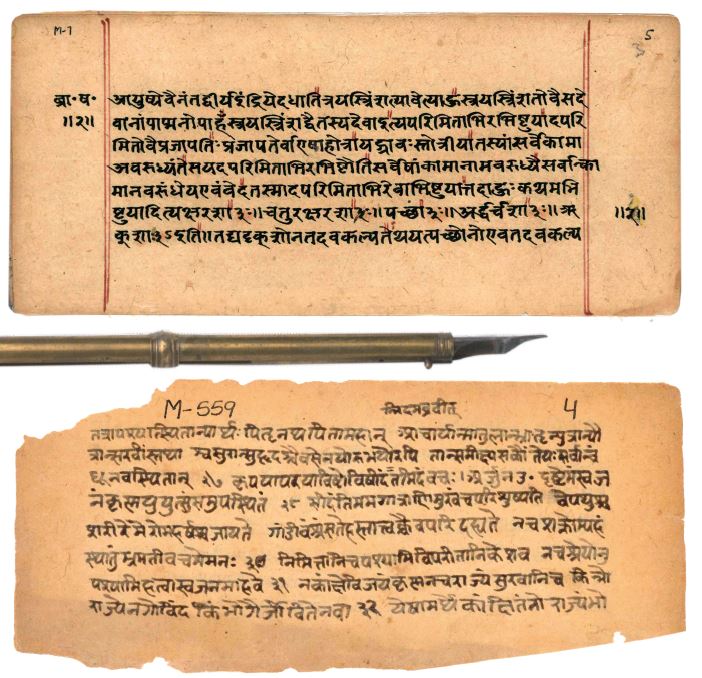 As a child, I didn’t know that my maternal grandpa was a scholar. He was a doctor — I knew that — from the black nameplate that hung outside the door — Dr Krishan Dhavan. But what kind of doctor, I was unsure of. Doctors wear stethoscopes, right? He didn’t. Neither did I know that he was an important, famous man. He was just Nana, simple.Growing up helped. I learned that Nana held a Ph.D in Sanskrit. So, nobody was fooling me, he was a doctor, but of the literary kind. During his career, he taught in many different colleges in northern India, serving as a principal for quite a few years. He didn’t talk much — he watched a lot of news on the television — but he never complained about the noise we made. Each summer break, we’d pack our bags to visit them (Nana-Nani) in Chandigarh. Little did I know it was on those vacations that I was picking up lovely lessons on keeping the habit of reading alive not just for myself, but also for the future generations.

It has been more than a decade since my grandfather passed away. While not a single day goes by that I don’t miss him, I feel close to him — in the libraries I visit, in the books I smell, and even in the website links that I bookmark to read later. I am certain if he was around, he would have loved my Kindle too — rather, he would have explored the device and taught me how to get more from it.

In 2003, I shifted cities, and moved from New Delhi to Chandigarh for my education and began spending more time with him. That’s when I noticed how my university friends, who’d been born and brought up in the city, knew of him! The shift also brought me closer to his work. I can’t single out the day when he retired, but I knew something had changed. Grandpa looked relaxed and would now leave home between 10 and 11 am. So, I knew he wasn’t teaching anymore. He’d ride his bicycle to DAV College, Sector 10, a distance of 2.2km from home. He was now the honorary director at the Lalchand Research Library in the college.

He was on a mission that I knew little about.

The library was in possession of 8,360 manuscripts and 9,000 rare books — these works had been ‘smuggled’ out of Lahore’s DAV College in 1947 — while one part of the ‘loot’ was transported to a warehouse in Amritsar, the other had reached an ashram (shelter house) in Hoshiarpur, before reaching Chandigarh. These books were on varied subjects — art, literature, linguistics, philosophy, and astronomy, et al. If my memory isn’t failing me, the library was also home to some records of drawings of ancient Indian monuments. Grandpa would work tirelessly. It took the library staff six months to categorise and catalogue the scripts, after which the contents of the library were burnt into 30 DVDs. This was just the beginning.

Nana was building a future library of sorts, I tell everyone with pride.

I haven’t been to the library for a while. Last when I walked in, I’d looked at the glass boxes holding the works on varied genres — Vedas, Ramayana, Puranas and Upa-puranas, Mahabharata, Bhagavad and other Gitas, Sankhya and Yoga, and Ayurveda to name a few. I learnt that the works on birch barks were coated with lemon grass oil and coal dust, every two years to keep the writings alive until they reach their turn for lamination. The staff was happy to meet me. They told me that the work of preservation started in 1997 with grandpa’s appointment in the library. I beamed with pride.

Now called Lalchand Research Library Ancient Indian Manuscript Collection (Supported by the SP Lohia Collection) it recently bought a high-resolution scanner worth 2.5 million. They now have a portal too, dav.splrarebooks.com. Each one of us now has access to the paintings, readings, and writings of an era gone by — 511 manuscripts of great importance, bound in 192 codices and including 129 written on birch-bark are the library’s most memorable recent acquisitions. The work continues as strongly as when he was around. Several scholars are at work.

Nana’s picture still hangs in the library, in a simple brown frame with a gold-coloured engraved border. He spent his last few days chemically treating, scanning, digitalising and saving the works into CDs and DVDs, using software I was yet to hear of. His eyesight wasn’t failing, but I can imagine it must have been strenuous work. In fact, he’d pledged to donate his eyes and so it was.

Until date, there are many things I don’t understand. Did he not feel odd riding a bicycle to the library, especially when his students had begun to ride bikes? Did he never feel the need to retire? Did he fear that the words would fade away, if they weren’t preserved? How and when did he become the modern, up-to-date grandpa, without me noticing? Are foresight and intellect genetic? — I can only hope. I may never find answers to these questions, but I know that each time anybody walks into a library (virtual too) he beams with pride, like I do. And just like that, it feels he never left us.

Thank you, Nana, for saving the writings for all.