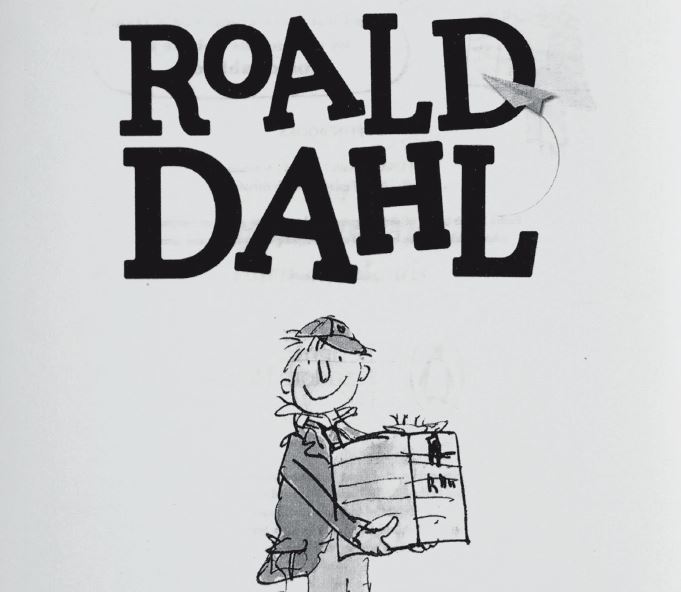 Although it is truly a cliché to begin a story by describing the weather, I can’t help but remember that it was a disgustingly hot day when I discovered a book that changed my life.I was 11 years old and hiding in one of the worst libraries in existence. My mathematics teacher at the time called me an idiot in front of my whole class for not understanding long division. I was ashamed and embarrassed. So I simply walked out of the classroom despite her calling out after me with threats of expulsion.

As soon as I stepped outside to the playground, which I thought might be a good place for solace and reflection, I almost collapsed. Sounds dramatic I know, but Dubai’s summers give new meaning to the world cruel. I ran across the playground anyway, sweating, panting and straight to the library.

To call it a library was really an exaggeration. It was a small room with cracked yellow paint, steel shelves and no windows. It was always messy, not in a cozy welcoming manner but in an infuriatingly cluttered way. Walking into that library was literally like walking into the drawer that exists in every household where all miscellaneous items from wires, coins, hammers, old CDs and receipts live in one big mess.

I headed straight to the corner where most of the books on fiction were kept. It didn’t take me long to realise that I’d read all the books available in that section. It wasn’t a big library to be fair and I was a vivacious reader. Frustrated, I walked over to the librarian who was on the phone and asked her if any new books had come in.

‘No,’ she said, rolling her eyes, ‘I told you before, no new books until next year.’

Even at 11-years-old I knew that something wasn’t right about this woman. She didn’t belong in here, in the library, in the world of books and fiction and stories and ideas. First of all, I didn’t quite understand how the layers of make-up she wore didn’t melt off her face in the heat. Second, I didn’t know how she did anything with those long pink, sometimes, aqua, sometimes purple, sometimes every colour in the world, press-on nails that she would graze lightly on the surface of her wooden desk while she sucked her teeth and read tabloids. Something about her was giraffe-like, tall with an elongated neck which bobbed back and forth as she would walk slowly, her high heels making a clip clopping sound when she went up to refill her coffee mug. The librarian never knew what books were in the library, where they were supposed to be, who borrowed them or when they were due back. This was despite the incredibly detailed and yet archaic system she used to keep the books in ‘order’ through a gigantic book filled with post-its and little notes. All the librarian ever did was talk on the phone with one of her friends, as she was doing now when I’d approached her.

“Find something else to read,” she said, shooing me with her hand, “I’m busy.”

I walked away while she glared at me. In my mind a librarian wasn’t a bouncer. A librarian was supposed to be an all-knowing gatekeeper, a guardian of the thoughts, experiences and the imaginations of hundreds of voices who had something to teach us. I loathed the librarian as I did my mathematics teacher for all their shortcomings — these were individuals who were supposed to help me learn but couldn’t.

After looking over some of the other shelves, nothing caught my interest and I slumped into a chair, placing my elbows on the desk in front of me. Maybe I can have a nap, I thought. Maybe, I can dream up a good book or story. However, the table I was using for a make believe pillow was wobbling. As I tried to adjust it, I looked underneath and saw that a book had been placed under one of the legs in an attempt to steady it. I pulled the book out from underneath the table leg. It looked pretty unimpressive at first. There was a pencil drawing on the cover of a boy and above him a chocolate coloured word — Boy. Below him was a name I recognized. Roald Dahl.

I was surprised. I thought I’d read every book by Roald Dahl that ever existed. Charlie and the Chocolate Factory, Charlie and the Glass Elevator, The BFG, Fantastic Mr Fox, James and the Giant Peach, Witches — oh wait, this wasn’t fiction. It was the story of his childhood. Odd. I’d never thought of Roald Dahl as having a childhood or being a boy. A boy just like me.

In the first paragraph Roald Dahl mentioned that he was writing these words in 1984. To me that felt like magic. He’d written those words the year I was born and I don’t know why but that was the first time I thought of an author as an actual, real person. Where before authors existed only as names on the covers of books, this was the first instance that I’d considered an author as a person with a life and experiences. I sat in the library for the next three hours and through lunch and finished the book in one sitting. By the last chapter I was obsessed. Despite finishing it, I took the book out and (I know you’re going to judge me) but I still own that same copy today.

Since that day, I’ve read Boy and the follow-up to Roald Dahl’s childhood stories, Going Solo numerous times. I would say over a hundred. Boy is filled with wonderful, amazing, grotesque and unbelievable stories about Roald Dahl’s childhood. It was the first book I ever read that was based on real life and not fiction and it had a real, profound effect on me. I related to his tales of boarding school and strict teachers, his pranks (the one involving the rat especially) entertained me; his car accident and the description of his injured nose is an image clearly etched in my mind as though I’d seen it with my own eyes.

Here is what I find powerful about books. I as an 11-year-old Arab boy in Dubai, felt a connection to these stories, a connection to a man who was more than double my age, from a different country, a different era. As an idea and an experience, this was mind blowing. It was also one of the first instances where I realised how a writer’s life, his external and internal world, his childhood and his experiences can and will affect what he writes, and how that in turn can then affect the reader. As it did me.

It was some time after reading Boy by Roald Dahl for the first time that I stopped expecting so much from my teachers. In fact, I wasn’t interested anymore in learning from them or from the librarian, who I’m sure to this day is still sitting at that wooden desk gossiping to her friend over the phone about the latest divorce or celebrity scandal. All I needed were books, writers and their lives. That’s all I needed then and it’s all I need now.

Maan is obsessed with opposites. What’s the opposite of chair? It’s not a table