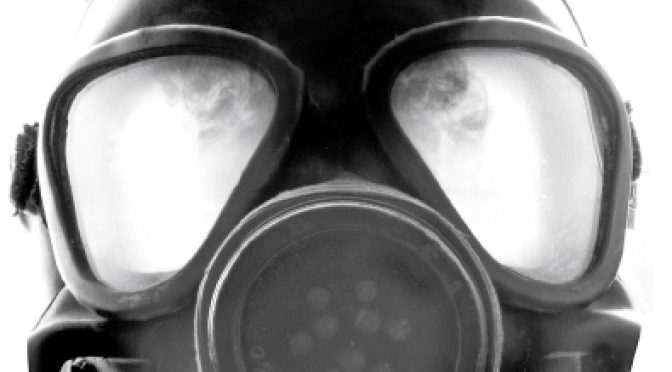 Last week, the news of an aunt’s passing away had me fly to New Delhi. The three-and-a-half-hour-long flight that usually feels like eternity began to seem too short to come to terms with my sense of loss. By the time I landed and stepped out of the airport to spot my parents amid a bunch of masked men and women, my eyes welled up. “All of us have to go one day,” my father consoled me, without realising that at that very brief moment, grief had taken backseat as a thick layer of smog hit my eyes, leading them to be moist.

My parents, both sporting masks, insisted I wear one too. They seemed relieved when I complied, perhaps in the knowledge that for those 43 minutes spent ‘outside’, we had managed to evade the dreadful smog.

So, what is it really that Delhiites are up against? Usman Nasim, senior research associate at Centre For Science and Environment, says, “The level of PM2.5 (a particulate matter that has a tendency to settle in the lungs) had increased by 14 times the standard on November 7 — a situation both alarming and dangerous. This was a level of pollution higher than what was recorded during the London Smog.”

How did we reach this point? Nasim says it’s a combination of various factors, such as  “already high pollution in Delhi because of numbers of vehicles; unchecked construction and road dust and garbage burning; compounded by burning of paddy residue by farmers in Punjab and Haryana and near still weather conditions without wind and the onset of winter”.

According to reports, the level of PM2.5 rose to 600 micrograms per cubic meter; to put it in perspective, the permissible level is 50 micrograms per cubic meter. To simplify the statistic, many experts claim that breathing the air in Delhi is akin to smoking 44 cigarettes a day. The gravity of the problem has led the Indian Medical Association, an apex body of doctors in India, to declare a medical emergency.

The question then is — how does one survive the impact of “smoking 45 cigarettes a day” by default? For most environmentalists, it’s time to address the issue head-on.

Bharati Chaturvedi, founder and director, Chintan Environmental Research and Action Group, says, “It kills more people than terrorism. Just eight deaths a day in Delhi alone. So if we saw it like an ‘emergency’, we would talk about it more publicly. Secondly, we lack leadership here. See how little the chief minister of Delhi talks about plans for the state in public. Tweets cannot be the means of communication when 40 per cent of the city lives in slums — you need to hold a press conference. Also, they have to learn that there is no such thing as being kind to the public during an emergency. You better stop private diesel vehicles and get electric buses. But no, they buckle under pressure. The Delhi government should have cracked the whip five years ago. My priorities now for the government would be to prevent crop burning, invest in air-cleaning technologies, no diesel vehicles in the entire NCR, up the bus service from under 4000 buses to 15,000, new ones electric, shift construction to prevent dust as they do abroad, decentralise waste handling.”

Sore throats, runny noses, respiratory issues and a burning sensation in the eyes have been cited as immediate outcomes of the dreaded smog. But could something bigger be at stake here? “The health impact is huge. A study in the international medical journal Lancet, recently said there has been a 17 per cent rise in deaths and diseases in India, thanks to air pollution. Look at the loss of productivity, loss of income and growth. And then we have the Chittaranjan Cancer Institute in Kolkata saying half of the 4.4 million children in Delhi will have irreversible lung damage,” says Chaturvedi.

In 2015, in a bid to contain air pollution, the Delhi government had announced an odd-even scheme, which meant that private vehicles would be allowed to run on the roads based on their registration numbers. A similar plan has been proposed once again. “Kicking in odd and even with immediate effect is a drastic measure. The government should look at more sustainable and long-term measures,” says Rahul Kumar, an environment writer, adding that the government’s failure to protect the natural habitat — the river Yamuna and the ridges — might prove to be a bane now that there is greater urgency to address environment issues.

As Sonya Rehman woke up one fine November morning, she peeked outside her window to find a thick blanket of smoke enveloping the Lahore skyline. Moments later, as she gathered herself, Sonya realised it was that time of the year… again! “The air was dense, the sky, grey and hazy, the smog was intolerable. Stay out too long, and you’re eyes itch and you have a sore throat. For some reason, I felt the smog was more intense this year as compared to the last. And yet, schools weren’t shut down, as they were across the border in Delhi, there was no public awareness campaign, nothing. The smog continued, and we suffered, inhaling unbelievably toxic air” .

Recently, an article in The New York Times deemed smog the fifth season in Pakistan, thereby emphatically drawing attention on the severity of the problem. “For years, Pakistani environmentalists have referred to November, when crop burning, higher emissions and the cold combine to blanket Lahore and the rest of the Punjab province with acrid smog, as a ‘fifth season’… As in India, which Punjab borders, the problem seems to be growing worse, and this month it has reached what many Pakistanis are calling a crisis point,” it observed.

Air pollution has been a major cause for concern for environmentalists in Pakistan. This year, the PM2.5 particulate increased manifold, signaling, as the NYT article points out, a crisis. Environmental lawyer Ahmed Rafay Alam says while there is a lack of data for the province, there are enough studies to fall back on to take concrete steps. “We know from previous studies that automobiles, industry, construction, brick kilns, cola fired plants and crop burning are responsible for the smog. The smog is a relatively new phenomenon, starting with the smog of October and November 2016. The provincial government since then has succeeded in purchasing five air quality monitoring devices. These are deployed in Lahore at present. In my opinion, five monitors hardly give you an idea of the air quality in a city the size of Lahore, let alone a province as populated as Punjab. That’s why there is such a data emergency. We need more monitors to better understand where and how bad the smog is, and what it is composed of.”

The said smog policy notes that, “Data on air quality in the province is scant. Sporadic monitoring of air pollutants suggests that ambient air standards for particulate matter with size 2.5 micron (PM2.5), oxides of Nitrogen (NOx) and Sulphur (Sox) are exceeded frequently.” In the absence of these figures, how does one assess the extent of the damage and ascertain the causes? According to Alam, “without proper air quality measurements in Lahore and other districts in Punjab, it is impossible to carry out a source apportionment of pollution sources. Only a source apportionment can set the ground for a nuanced long-term policy to combat the smog.”

In the meantime, many citizens are registering their protest in their own way. A Facebook page called Citizens For Clean Air has several residents, environmentalists, lawyers and experts come together to discuss and debate issues. “The civil society has organised protests on two occasions in the last 20 days. A major joint press conference was conducted on November 14 by environment consultants. We have also filed a public interest litigation in the Lahore High Court,” says Ali Amjad, an environmental activist.

So far, there haven’t been any specific studies conducted to assess the damage these conditions can cause in the long run. “The long-term health impacts of smog are well-reported in other countries. The government of Punjab has yet to carry out its own assessment of the health burden of the smog. In Delhi, we have learnt that every other school child is afflicted with irreparable lung damage. And we know smog is unhealthy for children, people with asthma and heart disease, the elderly and pregnant women. But we don’t have any independent study of our own yet.”

As this story goes to press, winter rains have substantially decreased the toxic smog, bringing in much-needed relief. However, the need of the hour is to take — short-term as well as long-term — measures to contain the problem.