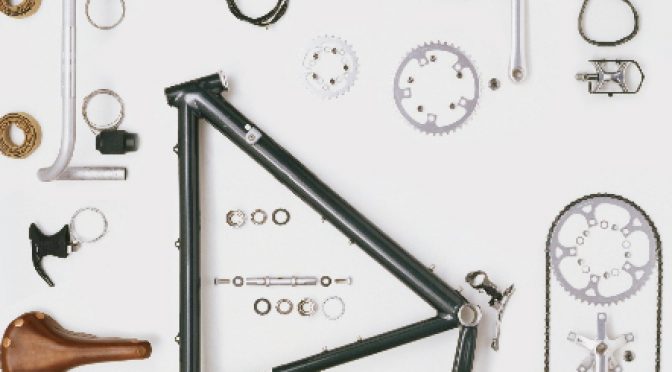 Some 15 years ago, Ross Willard was volunteering with a food programme in Harrisburg, Philadelphia, when he started to notice children riding bicycles with brakes that didn’t work.

The retired railroad executive saw the importance of ensuring those children didn’t have unsafe bikes, so he began repairing bicycles on street corners and at block parties and other community events, using tools he would keep in the back seat of his car. Over time, as people learned about his work and he discovered the full extent of that need, his efforts took larger shape.

“It became a little toolbox, a bigger toolbox, [then] the van, the trailer, and the warehouse,” says Willard, founder and chief mechanical officer of Recycle Bicycle Harrisburg, which opened its first shop in 2007. The all-volunteer nonprofit emerged from Willard’s simple acts of goodwill for his fellow Harrisburg residents, and it’s now a thriving — yet surprisingly nimble — organisation.

Today, Willard operates a bicycle collection point, repair facility, and teaching centre for bicycle safety and maintenance, geared toward anyone who is interested. Common clients include children and their parents, as well as halfway house residents seeking to perform community service hours while also building their own bikes to use for inexpensive, efficient transportation.

Since its founding, Recycle Bicycle has distributed thousands of donated bikes to the Harrisburg community — averaging about 900 per year in the past decade, since the operation moved out of Willard’s basement and garage. “Mr. Bicycle,” as he’s known around the Pennsylvania capital, estimates that the organisation repairs some 3,000 bikes a year, whether at the nonprofit or in the community.

The organisation has a do-it-yourself philosophy: Although there is no charge for any repairs, or even bicycles, most visitors (with the exception of young children) are tasked with making their own repairs with the assistance of volunteer trainers. And those picking up bikes can do so in exchange for pitching in with repairs or other work in the shop.

“In essence, this is socialism: I don’t own the bikes; the city owns the bikes. The people own the bikes,” says Willard, adding with a chuckle, “But I am the dictator who determines the best place to send them.”

Sitting in the organisation’s shop space, he discusses the volunteerism and sense of service that were imprinted on him as a child by his parents. This led to a strong belief about fixing problems that one finds in the community.

“If you see something that needs to be done, don’t call the government. Go fix it,” he says. “And so that’s what we do.” Willard recounts a recent visit from a boy who was having a problem with the brakes on his bicycle. As the two worked on the repair, the boy’s sister asked about getting a basket to add to her bike. Willard helped her find the parts, and then she installed the basket herself.

More people in the bike saddle

From time to time, Willard also helps teach children as well as adults how to ride. “To watch kids learn how to ride — terrific,” he says. “The best thing is to watch adults who have never [ridden] a bike before.”

Safety was the hook that brought Recycle Bicycle to life. That’s also what earned Willard the Mr. Bicycle moniker — as the guy who fixes bikes and reminds riders of safety.

Although safety is paramount, Willard also recognises what a bike provides to a young boy or girl. “The bicycle is freedom,” he says. “The kids need bikes to see the world.”

Bicycles can also mean freedom for the other target population of Recycle Bicycle — residents of halfway houses. A prison guard from Willard’s church, who had heard about his organisation, told him about the needs of those recently released from jail or prison.

“We knew we could help them,” he says, noting the importance of transportation for getting to and from job interviews, work, group meetings, and other required programmes.

“If you give them a car and the computer dies, they have got to pay somebody,” Willard says. “We give them something we know they can come back and repair as many times as needed.”

The benefits of bikes

Bicycles don’t require insurance, gas, or expensive maintenance, Willard notes. They provide exercise, and they can help adults have some fun while getting them where they need to go. “The bikes make them feel like teenagers again,” he says.

Recycle Bicycle offers halfway house residents the opportunity to perform prescribed community service. In addition, some include their unpaid volunteer work there as experience on their résumé — and use Willard as a job reference.

All the nonprofit’s activities are done with what Willard modestly describes as a “frugal” approach. The only cost, he says, is the $500 or so he pays each year for liability insurance, and sometimes a small charge for brake cables he buys at a shop.

Indeed, thriftiness is prized. “We throw away so many bikes in America,” Willard says, noting that many volunteers will save bicycles put out for trash collection and bring them in to repair and refurbish, or to cannibalise them for parts. Recycle Bicycle is currently based in a donated warehouse space, but Willard hopes to secure a permanent home because of the limited room and the lack of climate control and plumbing.

On a recent afternoon at the warehouse, Robert Weldon was hard at work, searching for a derailleur for a bicycle he was building for himself. An hour later, his new bike was beginning to take shape.

“Right now, I’m getting out of prison,” Weldon says. “I need this. It saves me money.” Weldon used a loaner bike from his work programme, but when that needed repairs, he discovered Recycle Bicycle. Now, he supports programmes like this across the US. “There should be more places like this,” he says.

Craig Gatchell, counsellor assistant, also sees the value of Willard’s endeavour. “The majority of our clients that come here don’t have any type of transportation. It helps them get to 12-step fellowship meetings, [and] it also helps them look for employment, trying to expand their search area,” he says.” For the residents, “it gives them the opportunity to get where they need to go.”