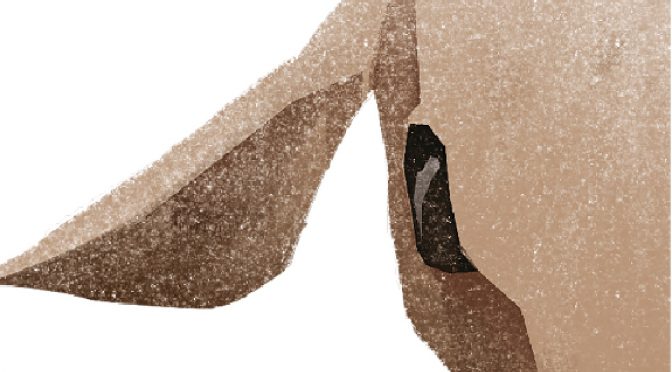 So much for gau rakshaks and the fear of retribution. What bitter irony exists in the dilemma faced by Jyoti Singh, a 24-year-old corporate honcho who walked out of the corridors of power to engage in organic farming in Bulandshahr, across the Delhi border into UP. Literally on the horns of one.

Her cow was injured and in pain, but she could not get transport to take the cow to Bareilly where the veterinary services are a bit more advanced, unlike Meerut, the nearest city, where they are not.

After the story appeared in the media, the so-far indifferent bureaucracy finally responded. Meerut senior superintendent of police (SSP), Manzil Saini, advised Jyoti that the ailing cow would be given a vehicle and a police escort.

“Two police constables will be sent in the vehicle and I have also requested a veterinary doctor from the animal husbandry department to go along,” Saini was quoted as saying.

But it might be too late. Moni is a skeleton and has festering wounds on her body and a broken leg. Doctors have put her chances of survival at 10 per cent.

If the government had taken action on the messages earlier, the situation would not have been so critical.

Earlier, speaking to local media, Jyoti launched a vociferous attack on the self-styled saviours of the cattle. “Gau rakshaks are louts. All they can do is, bully. If truckers are not willing to ferry my cow to the hospital, gau rakshaks are to be blamed. They are afraid of being attacked by them.”

Attacking truckers of cattle has become a sport drenched in righteousness. Gangs roam the highways looking for trucks carrying cows. It is automatically assumed, especially in the state of UP, that they are being ferried secretly to the abbattoir for slaughter and sale. In case the crew in the truck are not of the Hindu faith, the cases of cold blooded murder have now crossed 17. Incidents of innocent people under suspicion being beaten are now so frequent, they have lost their news value.

Jyoti’s is not an isolated case, and there are now farmers unable to ferry animals in case of being misunderstood — they can neither go to cattle fairs, buy or sell livestock, and engage in the customary activities associated with farming. The fear of being thrashed is widespread and real.

For two weeks, Jyoti tried truckers, begged private transporters and even tweeted 114 messages to Prime Minister Modi, Chief Minister Yogi Adityanath and the local yokels in the bureaucracy. No joy.

The truckers were clear. They do not want to take a chance in case they were fallen upon and beaten, killed or had their vehicle burnt. Long before they would be able to explain the mercy mission, they would be victims of the mob.

Cow vigilantism at its worst, or best, and we have to ask: is this the pass we have come to, where even a sick cow, marketed by our leaders as a mother figure cannot obtain medical treatment?

Nobody wanted to go through the wringer especially the Muslim community who see this type of a trek as a suicide mission.

It would be a tragicomedy of epic proportions if it wasn’t so very sad.

There are two ways of looking at it. One, is to have used the adversity as a PR exercise. The Chief Minister could easily have told the police or the para military forces to escort the truck and cover himself with glory. The PM could have hired (on payment) a vehicle from the army (if they build bridges in Mumbai they might as well save a life which they do so often, no shame in it) and take Moni the cow to Bareilly.

No one can cavil if you pay for the transport.

Yet, no one from the government came forward.

It was only when the media picked it up and ran with the story, that the government sent a police escort.

The other way of looking at it was to have ordered the gau sevaks themselves to come to the rescue. Let the honour guard go with the cow in a truck and get it the necessary treatment.

Isn’t it odd that a nation that has presented to the world its shrill defence of the cow as a sacred entity was so unmoved by the plight of one such animal in distress.

Even when the rescue came, it had to be ordered under pressure.

New Zealand went into mourning when the first cat was run over by a car last month. Stubbs, the honorary feline mayor of the Alaska town of Talkeetna died in July and hit global headlines.

Even Paris Hilton’s much-mourned Chihuahua made the news.

Remember Cecil the lion who was killed in southern Africa and sent a nation into grief?

And Sakao, one of the last big tuskers was hit by a poisoned arrow in Kenya.

Do we want Moni the cow to join these ranks because hypocrisy is rife and the pretence of caring for the bovine brigade is just a fancy façade with none to do it any reverence.