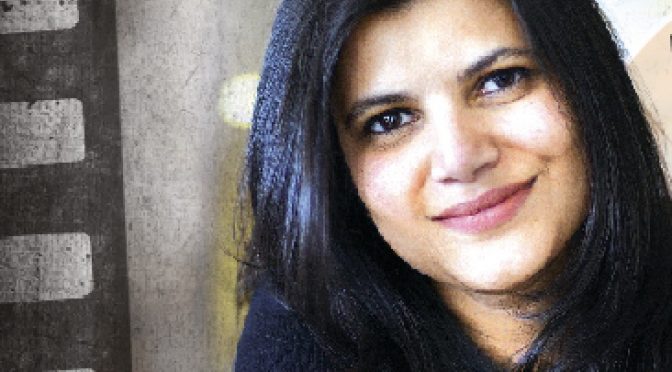 In the UAE’s cultural calendar, December is no ordinary month — it’s the time when the region celebrates cinema — in all its forms, in all its glory. In its 14th year now, the Dubai International Film Festival (DIFF), which kickstarted this week, has been consistently showcasing some of the finest films from all over the world, besides offering a robust platform to Arab cinema. Raising the bar consistently is not easy. It requires a happy marriage of creative fulfilment with commercial ambition. A reason why Shivani Pandya’s job as the managing director of DIFF is as challenging as it is exciting.

The 14-year-long journey of DIFF has also been Shivani’s personal journey, which, having broken perceptions, continues to be exhilarating!

Being associated with a festival for so long means the journey somewhere also becomes personal. Has that been the case for you?

Absolutely. It’s been very intrinsic. I have grown 14 years, as this festival has. I think that the biggest aspect is that you need to be slightly thick-skinned and persevere. You cannot be disheartened. What happens sometimes is, that the cultural aspects can get sidelined and then everyone has commercial objectives in mind.

When you’re doing a cultural event, you’re constantly adding to society in many different ways. Dubai is also a great melting pot for various nationalities and there’s a vibrant cultural exchange. So cinema becomes an important point for cultural conversation. No matter what, you have to preserve that and support artistes and their creativity.

What were some of the early challenges you had to face to prove that the region had the potential to host a festival of this scale?

When we started out 14 years ago, I think we were trying to tell people where Dubai was and that it wasn’t part of Saudi Arabia (laughs). It was educational. Initially, there was a typical idea of this being a conservative society, one that does not accept any other way of life — absolutely contradictory to what Dubai really was.

Over the years, we have changed people’s perceptions and now they’re using us as a platform to reach out to filmmakers in this part of the world. This year, for instance, we have the president of the Academy of Motion Picture Arts and Sciences John Bailey coming down with a delegation. They’re looking at Dubai as a base for their international ventures.

How easy or difficult is it to marry the business aspect of cinema with the creative aspect in a cultural festival like this?

We are a team that’s been together right from the beginning. What we need is to have a great product. To do that, we need to ask ourselves what are people looking at. They are looking at great films, films that they may not discover anywhere else. So, our collective objective then is to curate a good cultural festival and constantly fine-tune it. We started with one international premiere, and now we have several films premiering at DIFF. We had been in touch with Netflix way before they entered this market. They are looking at buying content and we have platforms that are offering those. So, our job is to balance the process.

It’s interesting you mention Netflix. Earlier this year, at the Cannes Film Festival, there was a debate on whether Netflix films should compete with those that are theatrically released. Which side of the debate are you on, personally?

I am a very practical person. People consume content differently. Our generation still loves going to the theatre, but the next generation is consuming content on mobile phones or iPads. I feel we need to change with time. If you’re creating a good product and want more people to see it, the decision of releasing it theatrically or not is yours. One window does not replace the other. Netflix wants to create content that they can release only on a singular platform because they want everybody to be there. I think, at the end of the day, the audience always wins.

Would you be open to screen Netflix films at DIFF?

Absolutely. If it is a good film and it is not already available on Netflix, why not?

How would you map the journey of Arab cinema at DIFF?
Over the years, we have gained popularity internationally. Even at other festivals, the curation of Arab films is getting bigger.

Filmmakers like Hany Abu-Assad, who has made films like Omar and Paradise Now, has now gone on to make a Hollywood film, The Mountain Between Us. Haifaa al-Mansour, who directed Wadjda, the Saudi Arabian feature film, has now directed the Hollywood film Mary Shelley. These are both directors who have had their films shown at DIFF. In the past 14 years, they have got recognition, made award-winning Arab cinema and are now being courted by big agencies in the US.

Which are the films that have been screened at DIFF that you are most proud of?

Wadjda by Haifaa al-Mansour (a touching tale of a young girl taking part in a Holy Koran recital competition to gather money to buy her favourite bicycle). When she came, she submitted the script of Wadjda through one of the initiatives we ran. Later, she came back to present the film at DIFF and won a Muhr award. She got a theatrical release and had record-breaking admissions for an Arab film in Europe. When she went back to Saudi, Haifaa managed to speak to the authorities there and then they changed some laws or policies that allowed the girls to ride a bicycle in a confined area.

Have you personally had any ‘fan’ moment at DIFF?

I think the only one that comes to mind is Amitabh Bachchan. He’s cultured, knows a lot about cinema, literature, as well as poetry. He is a great actor, someone I have always admired from afar.

What can one expect from DIFF this year?

There is a lot of independent cinema this year. We have some fabulous experiences in virtual reality. However, something that not many people know about is the Forum, where we have a lot of panel discussions and workshops on different aspects of filmmaking. For instance, if you want to know something about costume design, we have the BAFTA and Academy Award-winning costume designer Alexandra Byrne speaking about the craft; she will also take a masterclass. Then we will be in conversation with Sir Patrick Stewart. If you love books, we have a session on adaptations for which we have partnered with Emirates Airline Festival of Literature and we’ll be presenting On Chesil Beach, which is a well-known book by Ian McEwan. Basically, there’s something for everyone.

Anamika is keen on observing and recording thought and action