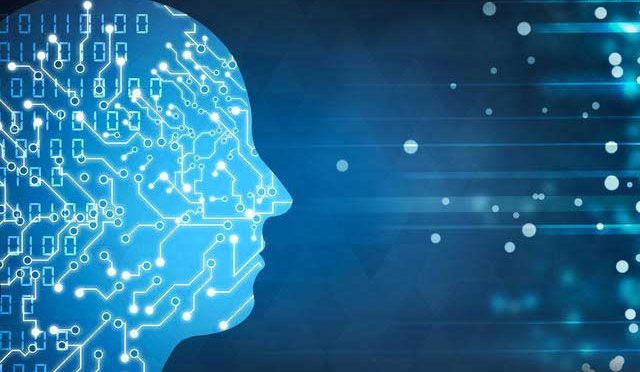 Whenever I think of AI (artificial Intelligence), an old Indian mythological story comes to mind. It is about three brilliant young lads who are returning home after finishing their studies. The road home lies through a jungle. They find a freshly killed lion and excitedly plan to apply their newly acquired knowledge to revive him.Now as an eight-year-old reading this, I was fascinated at their audacity. I was eager to learn the secret to becoming immortal. So, I continued reading. The three brothers have expertise in various fields: The first can repair internal organs and he does that. The second brother is an expert at sewing the outer skin, and he proceeds. The third has the amazing skill to put the soul back in the body. It is long and arduous, and he starts the process.

It then dawns on the first brother, the horror that they are about to unleash and he begs his brother not to do it. His sibling claims that his knowledge should be applied. The first says that if the lion is revived, he could be a danger to them but his brothers feel that the lion will be so grateful to be alive that he will not harm them.

The first brother jumps onto a tree high up and keeps exhorting his siblings not to continue with this. They ignore him, and lo and behold, the lion is alive. The two brothers are thrilled at having done the impossible. The warning cries from the tree are ignored. Soon the lion lunges and kills both the brothers.

The engineers who created Alpha Zero, an algorithm to play games such as Go, chess and shogi, have skills to do amazing things for humanity. The latest, AlphaGo Zero, which recently outdid all older AI/ML (Machine Learning) algorithms did not use past data and learn from humans. The machine did something remarkable. The rules of chess and Go — a very complex Korean game — were defined and the machine came up with creative new ways to play chess, such as killing the queen, and yet won. The creativity that was unleashed by the machine was mind-boggling and even the most experienced chess players hadn’t thought of such daring and out-of-the box moves.

Researchers are excited that machines can now out-think humanity and that they’ll be able to solve all the wicked problems facing our world. They are exultant, excited. They see a dawn of a new chapter in humanity where machines will serve us beyond our own capabilities.

Sounds incredible, right? Wouldn’t we want poverty abolished, diseases cured, malnutrition made extinct, wars a thing of the past? Where is the lion here?

I have this feeling that we are out of our depth in understanding the ramifications of this technology and we should do something about it before it subsumes us. Technology has been an amazing servant to us, since the days of the Neanderthals — from the making of tools, to crafting the wheel to the construction of the steam engine, and right up to our smartphones and Internet.

The assumption here is that the machines will be our loyal servants and we will be able to control them. Is that a valid assumption? Let’s look at some events in the last few months. Facebook was training two chatbots to learn negotiation skills. They used past data and using AI) and ML, started negotiations under the watchful eyes of the engineers who had designed them. Soon, the chatbots created their own language (which the engineers could not comprehend) and included subterfuge to win. Facebook pulled the plug on it. The next event was AlphaGo Zero which created the bizarre chess move. In this case, it was ‘unsupervised learning’ or reinforcement learning wherein the machine plays against itself and learns while it plays, just like humans do by trial and error. It did not learn from humans, but by itself. Another event is the ‘social credit’ rating that China has opened which will enable people to check each other’s trustworthiness. The algorithm collects data on every action taken by you and distils it into a single rank.

David Silver who conducted the AlphaGo Zero work states, “Humankind has accumulated Go knowledge from millions of games played over thousands of years, collectively distilled into patterns, proverbs and books. In the space of a few days, starting tabula rasa, AlphaGo Zero was able to rediscover much of this Go knowledge, as well as novel strategies that provide new insights into the oldest of games.” (Silver et al. 2017, Nature)

Thousands of years of work and the machine can do this in a few days with NO help from humans. This is truly an astounding achievement.

What else can these machines do? How will we ensure that we make them benign servants? What happens if a rogue actor takes hold of this? What can they do? Will they monitor our every move and decide what we can or cannot do? As we want more comfortable lives, and technology makes it easier for us to do so, will we readily give our freedom away for ease? European governments are talking about having a kill switch on all robots, to protect humans from them, US regulators are considering how to rein in these behemoths. Do we need these regulations or will this be our best servant? DeepMind has applied its human brain power to find solutions for AI safety including an off switch, side effects, unintended learning and this is still under development. Facebook has tied up with Aussies to create better algorithms to tackle revenge porn.

AI professionals will tell you that these are not perfect and we need humans to moderate the algorithms. It may be true in the short term, but as we can see with reinforcement learning, self-learning machines are not far off.

This brings forth questions for us to examine: what it means to be human and what are the tradeoffs. It is unlikely we can stop this and let the lion remain dead, so we must think about how we will coexist with these machines. Kids as young as five interact far more with Alexa (Amazon’s home robot) than with humans. Jibo, the first emotional robot can initiate conversations, remind you to take your medicine, make you feel less lonely. People have started having feelings for these and movies such as Her and Ex Machina are playing out eerily. With over 40 per cent of Americans feeling lonely, these machines are a godsend for the lonely masses.

You decide: a more easy, comfortable life but with all decisions taken by a machine? Or are you willing to give up some convenience for the ability to think for yourself?