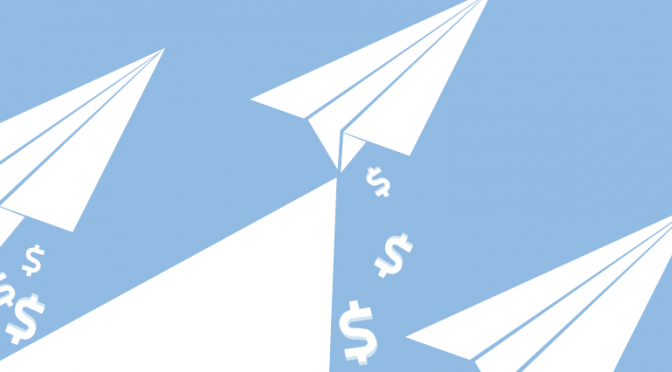 Even half-naked on Tinder, where he just popped up, Pavel Durov loves to play hard to get.

“Not looking for anything serious or not serious here,” the Russian privacy crusader warns potential dates in Dubai, where he’s finally trying to settle down after roaming the globe for three years. “Just playing with the app.”

Durov, 33, has been toying with technology a lot since he was forced to sell his remaining stake in Russia’s largest social network, VK, to a Kremlin-friendly billionaire in 2014. The encrypted messenger he’s been working on, Telegram, which he calls hack-proof, already has about 180 million users, including 40 million in Iran alone, and is luring half a million more each day.

He and his older brother Nikolai, an award-winning mathematician and programmer, fine-tuned their software while moving from country to country, avoiding recruiters from spy and law-enforcement agencies like the FBI, which he says tried to bribe one of his developers in San Francisco. The locations of his servers are a secret, as are many of the names of his employees, several of whom he’s said are fellow millionaires.

“I love it here,” Durov says over seafood paella at the Siddharta Lounge overlooking the marina, not far from his new office on the 23rd floor of a skyscraper in Dubai Media City. “It’s developing so fast, like a start-up.”

Clad in black t-shirt and jeans, the St Petersburg native said he’s planning to announce “something big” in the new year. Having left his homeland with an estimated $300 million from the VK sale and 2,000 bitcoins, he’s been keeping a low profile until now, and for good reasons.

For starters, he has at least tangential ties to two of the most influential antagonists of the US government: Julian Assange and Edward Snowden. The Wikileaks founder has endorsed Telegram’s encryption technology, while Durov offered the NSA whistleblower a job after he landed in Moscow in 2013.

And then there’s Iran, which recently charged Durov in absentia with crimes related to Telegram’s popularity among terrorists, human traffickers and paedophiles. Durov seems unfazed by the pressure, even from a country that still urges the murder of a novelist over a book written three decades ago.

“I’m motivated by curiosity,” he said. “It’s super-interesting to see what it’s like to run the most popular social media platform in a country like Iran.”

With Twitter and Facebook banned, Telegram accounts for about 40 per cent of all Iranian internet traffic, according to Techrasa, a market researcher. And that’s after local wireless carriers convinced officials to ban the encrypted voice-call function Durov rolled out in April. Telegram, which is open-sourced and works on both phones and PCs, hosts 500,000 Farsi ‘channels’ where users can post and curate all kinds of content that others can monitor for free.

Telegram doesn’t require users to know each other’s phone numbers to communicate, just a screen name. Thousands of people using different operating systems can have their own secure chat and share a wide range of attachments, which is one reason the app emerged as a tool of Daesh terrorists. Durov said he’s developing a search function that will help weed out extremist content, but private data will always be “off limits.”

Another thing the internet tycoon considers out of bounds is profit. Durov sees Telegram as a charity that he’ll start to monetise early next year, but only enough to fund expansion. And unlike his earlier creation, VK, which will face political pressure from the Kremlin as long as it’s based in Russia, he said Telegram can’t be bought — at any price.

While the founders of bigger rivals like WhatsApp and Skype eventually cashed out, Durov said he’ll continue to reject buy-in offers like those he’s received from some of Silicon Valley’s biggest names. He won’t identify them, but he put their valuations of Telegram in the $3 billion to $5 billion range.

When Facebook bought WhatsApp in 2014, it paid about $40 per user, which could provide a useful benchmark to value Telegram, according to Alexander Vengranovich, a tech analyst at Otkritie Capital in Moscow. But that’s not a perfect comparison because Telegram is becoming more of a social-media platform, since the messenger market is already pretty saturated, he said.

As far as fortunes go, there’s little indication that Durov has risked much of his on anything other than a few strategic acquisitions. He said he paid $750 apiece for his bitcoins about four years ago, a holding that’s surged in value from $1.5 million to more than $35 million. He also invested enough in St Kitts and Nevis to become a citizen of that Caribbean nation.

The internet tycoon said he’s optimistic about bitcoin because it’s “digital gold.” Running one of the world’s most popular messaging apps, he said, is particularly stimulating when something “completely unpredictable” happens — “like right now, the entire blockchain and cryptocurrency community just switched to Telegram.”

Durov said he chose Dubai in part for is its tax-free zone, which appeals as much to his laissez-faire philosophy as it does to his bottom line.

“It’s a matter of principle,” he said. “A lot of people in the western world don’t realise how much taxes limit their options. You can end up paying almost half your income in taxes, which basically means you’re working for the government for 180 days a year. I think I can find better ways to use the money I make for the benefit of society.”

But there’s a flip side to living in a conservative country, Durov admits.

He’s a man of contradictions, posting a photo of himself bare-chested on Tinder and then refusing to be photographed for this story, inviting reporters to his new office, only to change his mind.

Durov was born both in the Soviet Union and in 1984, two factual and fictional symbols of the evils of the surveillance state. He became a hero to many Russian millennials when he trolled the FSB for demanding VK user data in 2011, after opposition leaders used the network to organise the biggest protests of Vladimir Putin’s now-18-year rule.

He responded to the KGB successor by posting a photo of a tongue-wagging German Shepherd wearing a hoodie on his popular Twitter feed. But Durov, who wasn’t even old enough to vote when Putin first came to power, avoids talking politics, including the US election hacks. He said he had no idea if Russia was behind the phishing attacks on the Democrats, but whoever was certainly didn’t need a state sponsor.

What is fair game for criticism, though, are policies like the “insane, stupid laws” that give Russia’s government more spying powers, he said. Even so, the last thing Durov wants is to be viewed as a dissident.

In fact, there’s a crowning irony Durov delights in: One of the most secretive tribes on the planet, Putin’s staff in the Kremlin, not only uses his encryption network, but praises it publicly, albeit with a characteristic caveat.

“Telegram is very handy,” Putin’s spokesman, Dmitry Peskov, said via Telegram. “We’re using it for public information, but not for non-public information. The internet can never be totally secure anywhere.”

— with inputs from Giles Turner