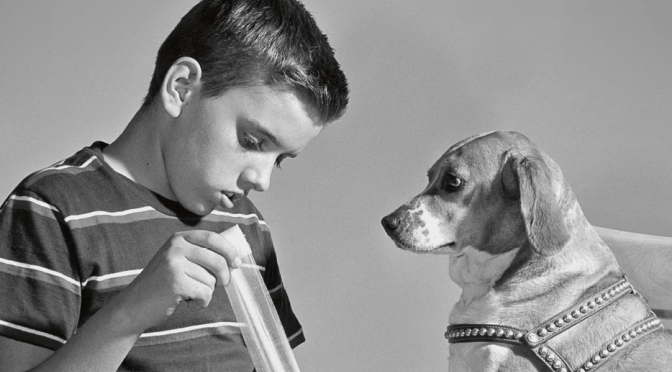 Not long ago, my heart was touched by the memory of my son, Jesse, trying to raise money for the local SPCA. He has always expressed a particular care about the welfare of animals, and even announced his interest in being a vegetarian.

Two years ago, Jesse volunteered to eat lunch with children who had developmental disabilities. He really liked the experience, and continues to keep in touch with some of the students. Jesse is a good person, and I expect his life and career to revolve around helping others.

I also have a friend whose daughter, Julianna, recently began workshops and support groups for children who have experienced bullying. She has acted on a passion for people who have been victimised, and is trying to raise awareness and moral courage around the topic of bullying. Julianna’s volunteer work strikes me as exemplary, in part because most children do not give so much of their time and energy to helping other people.

When I talk to parents about what they want to accomplish with their parenting, a large majority of them say that they want to raise “good” children. This begs the question — What, exactly, does a “good” person look like? For many of us, a good person is one who demonstrates behaviours that psychologists call “prosocial.”

A recent study in the esteemed journal Developmental Psychology explored the growth of prosocial moral reasoning, and in the process, gave all of us some guidelines for how we can parent our children into their own goodness.

What good people do

The prosocial personality is often defined as one that behaves “in helpful, generous and caring ways” and considers “the rights and welfare of others.” People who are described as prosocial have some recognisable characteristics:

Other-oriented values and cognitions: There is a high value placed on acting in ways that can make the world a better place, influence other people in positive ways, and leave a legacy that is positively enduring. As a result of those values, the prosocial person thinks about his interactions with other people, and how he can be inspiring and helpful. When I was in graduate school, I took a class in Ethics. There was an assignment in that class which I still remember. We were asked to take a moral value that we held, and then write about actions and practices which reflected that value, and others which contradicted it. Asking this question — “How can my life better match my values? — is an intentional activity that morally focused people frequently use for self-improvement.

Empathy: Prosocial people — aka “good” people — can tap into, and seek to understand, how others are feeling. Empathy is often defined as “an emotional reaction elicited by, and highly similar to, another’s emotional state or condition.” Julianna’s work with other children about bullying stems from an empathy for victims, and is simultaneously a demonstration of the kind of prosocial connection that many bullies do not possess.

Perspective taking: A consequence of having empathy is the ability to look at life from another person’s perspective. When we see those sad commercials about abused animals, or hungry children, many of us change the channel or divert our attention, because if we focus too long on those images, we will begin to see life from the other side. The bully’s actions cannot continue if he thinks about how his victim feels when he ridicules or beats him. The developmentally disabled children in my schools are viewed by many of his peers as objects of ridicule.

When we decide to learn about what it’s like to be a victim, or to be homeless, or to experience sexual assault, we are, in essence, committing our heart and mind to that issue. If the homeless man who sits on the corner outside your office is a person named Glenn, instead of something to walk around, it is much harder to ignore his needs.

This leads to a final component of the “good” person. The person with mature reasoning, who desires to match her values with her actions, who practices empathy and perspective taking, cannot justify behaviour that is “extrinsic to principle.” What does that mean? It means that the person who is consciously trying to live an ethical life MUST have consistency between her attitudes and her behaviours. Will they ever be perfectly in alignment? Of course not. But the effort to create that alignment will gradually take over her life focus.

In the study cited above, subjects ranging in age from early childhood to young adulthood answered a range of questions in the following format: “Would you help someone who [insert need here]? Young children were more likely to answer hedonistically (eg “It depends on how much fun I’m having.”) Older children focused their decision on what others might think (eg “Will others think it’s the right thing to do?”) Young adults, especially those with higher levels of moral reasoning, seemed to need that consistency that I mentioned above (e.g. “It depends on how I will feel if I don’t.” Or, “Will I feel guilty if I don’t?”)

You are a primary source of your child’s developing inner moral voice. When you express other-oriented cognitions about people in need, when you model empathy, when you engage in conversations that explore perspective taking, and when you place a high value in your own life on consistency between your beliefs and your actions, your child is given the tools he needs to be a good person.

Our children are the most honest reflections of ourselves that we have. Many of their fears are our fears; their weaknesses look like our weaknesses; their strengths have been fortified by our own strengths; their goodness is informed by our own striving for goodness. How do we raise “good” children? It all starts with us.