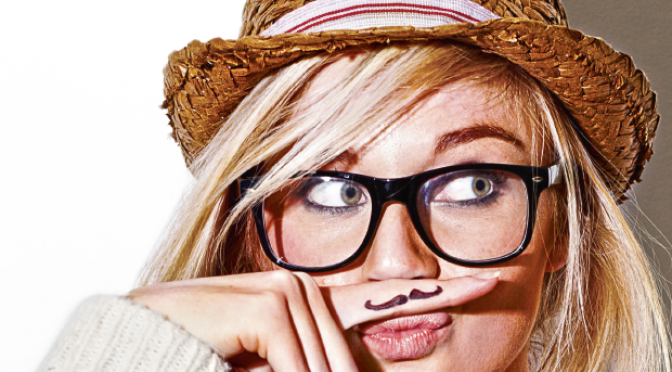 There are certain themes that keep popping up with unfailing regularity in the media and online. One is the almost ubiquitous syndrome of millennial bashing, calling them lazy, selfish, entitled narcissists who want everything handed to them on a platter.

As if that weren’t enough, we blame many of our current socioeconomic issues, mass consumption and mobile addiction, and blindingly fast-depleting resources and environmental chaos to them, forgetting that the generations ahead of them laid the groundwork for it.

A friend who teaches graduate students at the University of South Carolina Upstate says that, if anything, her young students are more socially conscious, diligent re-users and recyclers, less focused on making money and have an ethical bent of mind overall, precisely because of the state of the world they have inherited.

Isn’t it so typical then, that every generation passes the baton of blame to the ones after it? Remember when the media used to be abuzz with everything that was wrong with Generation X and how it was labelled the Coca-Cola and video game generation? The Baby Boomers probably got their share before that. However, take a step back and see, it’s not the denizens who inhabit any particular generation who are to blame, but the deep-rooted rot and systemic failures that their predecessors put in place for them. By the time the kids learned to stand on their own feet, they have had the rug pulled out from under them by the older ones.

Statistics say, millennials are less likely to earn as much as their colleagues who started working in decades past, and more unlikely to afford their own homes or save enough for retirement. Yet, their workplaces and job roles are more multitasked, the days of 9-to-5 are behind them, they’re expected to be on-call 24/7 and ‘work-life’ balance is a fairytale. More than ever, this is also the first generation to face the looming likelihood of losing jobs to robots and AI.

But you’ll see stuff like author-speaker Simon Sinek’s famous videos on millennials at the workplace, reports on their sense of entitlement and expectations at climbing the ladder or getting their due without putting in the years or hard work, and their general impetuousness at not following rules — when all they want to follow is social media. (Heck, you’ll even see content on millennials ranting about millennials.)

Sure, but that’s because their parents have also enabled such mindsets for them. You know what they say about the “participation prize” generation. When we were growing up, we either won or lost the essay writing competition or the 100 metres sprint or hockey tourney, or whatever it was. There were no certificates of participation to mollify us for not making it to the top three. You just sucked it up, the disappointment and the mortification, wiped a few tears maybe, and moved on.

Not so now, say social commentators. We’ve fostered this whole generation of kids who are being rewarded just for showing up with that big turkey, the consolation prize. Well, drumroll… no one’s going to reward them for ‘showing up’ at work in the future. You wonder if it’s the kids or the parents who need consoling for being the double-income, no-quality-time-for-kids generation? When you can’t give your offspring the real prize, what follows always, are the consolatory actions.

Ditto the discussions you see around banning all homework for children now. The kids don’t want it, that’s understandable, they’re kids — they don’t want to eat their vegetables either. Tomorrow, are they going to get away by saying they don’t want to go to work, because it’s too much and too hard? None of us sat through endless hours of school, lectures, homework, internships and job training because we were head over heels about it, really.

When the world is getting scarily competitive each year, why are we enabling a more easy life for the young ones? It’s not the kids’ fault, it’s our own — it’s the system we’ve created and entrenched and we need to take responsibility for it.

Ok, fun fact time: Did you know there’s a ‘microgeneration’ covering those born between the late 1970s and mid-’80s — sandwiched between Generation X and the millennials — called the ‘xennials’? I looked it up, because I’m one of them. Another fun fact, people like me get to pass the buck on generational blame, because we’re neither here nor there. Among other things, we also like to gloat that we had the best of both worlds, growing up in an analog childhood and embracing an online-digital world with ease just as we stepped into adulthood.

But while we’re at it, could be, it’s time to move on. Millennials are passé… The next demographic cohort after them, Generation Z, are already coming of age, and if you count the mid-to-late 1990s as their starting birth years, many of those we are calling ‘millennials,’ are actually not. And we can only guess what adipose generational attributes they’re going to get saddled with. Let’s see, you would’ve heard the murmurs already: “They’re incapable of holding a verbal conversation… they’re socially isolated and only know how to live through their devices… their existence is all on social media and their life’s ambition is to go viral.”

I only dread what my twin nieces, who’re five years old today, will be labelled by the year 2030.

Speaking of that, how on earth is it 2018 already? Wasn’t it the turn of the millennium, like, a few years ago? I told you… we’re getting old.

Mary loves travel, TV, tech and text, in that order