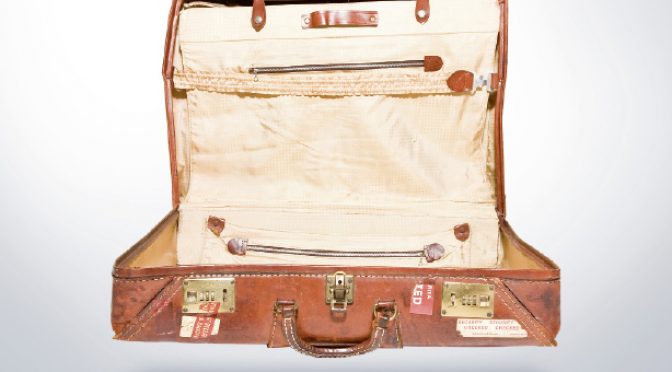 On a hustling Sunday afternoon in April, my former boss — now a good friend — rang me. “There’s a press trip to Zaatari Refugee Camp in Jordan, and I’m pitching in your name,” I heard him say on the line. He had known that last year, four of my scheduled press trips to Europe got cancelled due to delayed visa issues, and he had caught my passion for writing refugee-related stories.

For years, I had no bigger dream than to travel the world to see how other people lived. I’d always seen travelling as a sacred journey of a bigger purpose, beyond sightseeing or cultural learning. It is looking beyond your home to understand your responsibility to the world.  Nothing would matter if you didn’t live a life that was of use to others. And my choosing journalism, I believe, was a subconscious decision to do exactly that: to listen, help and tell stories.

This passion was especially reignited during the outbreak of the European refugee crisis in 2015 that prompted my friend to fly to and dedicate her time volunteering at a camp in Greece. “How I wish I was there to help and use my skills in telling their stories,” I would tell her. And the only thing that tamed this energy was my conservative family that didn’t allow women to travel on their own except for career or education-related work.

For years, I have written about the crisis, closely watching its development. I occasionally told the story from the perspective of UAE-based volunteers who said their lives had changed after their visits to these camps. And now, after observing the crisis from the ground level, I couldn’t agree more. My life has never been the same.

Receiving the phone call about my impending press trip was surreal. I didn’t know my Zaatari camp trip would be the start of a string of visits to new places, experiences and memories. I didn’t know that 2017 would be the year I would learn so much about myself.

The eyes that hid shattered dreams

On the outskirts of the lively and ancient city of Amman lie a set of stories marked with lost hope, separation and longing for a destination.

There’s no way you can go into Zaatari Refugee Camp — now the fourth biggest city in Jordan that houses 80,000 Syrians who fled the 2011 civil war — and emerge unchanged. Behind the walls of the two square mile area lives persistence, hope and bliss that defeats the purpose of war.

Greeting us in the camp with tight hugs and smiles, in the middle of the desert, were the happiest children whose smiles hadn’t faded with war and chaos. The losses they experienced failed to erase their ability to show love and a welcome to strangers.

My mind bounced back to a conversation I had with a friend in the past who had secured enough money in the bank to cover him for years, a fancy car, big house and a stable job. “You may think I have it all, but I’m miserable,” he said. The question of the secret of happiness that always haunted people was answered by children residing at a distant camp with limited resources. They may not have had the best toys, but they play the best games. They may never get the best education, but they are our greatest teachers.

I had no difficulty striking conversations with six-year-old Lujain and her five-year-old brother Ismail who were busy trying to prove who is better in math. I had no problem in sharing my thoughts on my favourite cartoon characters with seven-year-old Aseel, who jumped into my arms for a hug when I had to leave. I can’t forget how 57-year-old Nayfa kissed me on the cheek and called me her daughter despite the fact that we had met for the first time.

“We just want to go back,” 15-year-old Ahmed Talib, who dreams of becoming a historian, told me. “We have established a new life here, but we miss home.”

The yearning of the Syrians, though, never stopped them from creating something out of nothing, which is what continues to strike and amaze me. In the middle of the Jordanian desert, there’s a wedding dress shop that rents dresses for 10 dinars each on a commercial street called the Champs-Élysées, a far cry from Paris but a major landmark in the camp that speaks loudly of persistence, resilience and impressive entrepreneurship in a difficult, even poignant situation.

There’s a pizza delivery service, a coffee shop selling shisha and separate shawarma stands. And out of everything I walked away from, the excuses of “waiting for the right moment” to enjoy life or go after a dream, slapped me hard in the face. Here they are, people who carry their dreams and ambitions in their hearts, making the best of the moment. People who choose to smile, love, welcome strangers, crack jokes and say “Al Hamdolilah” (thank God) without using life’s hardships as an excuse to be anything but happy.

Walking away, I never understood why some people are lucky enough to be born with the chances I had, while halfway across the world lives a woman my age with even better abilities but who has no voice because she lives in a refugee camp. She worries about what her family will eat, how to keep them safe and if they’ll ever be allowed to return home. I may never know why this is my life and that is hers. All I know is that I have to do my best not to be sheltered ever again; I have to be grateful for a new day.