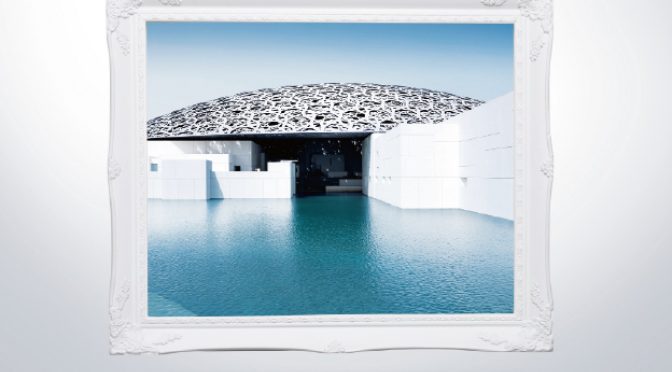 At the age of 15, stability eluded me. I was in tenth grade, preparing for one of the early rites of passage (read: the board exams), when my hands began to tremble routinely. The minor tremors sent major shockwaves to my family. Anxious, my parents decided to take me to the doctor’s. Was it Parkinson’s? No, said a neurologist. Certainly not, assured another. A detailed interrogation ensued. Smoking? No. Consuming the beverage that kids your age mustn’t consume? Hell, no. Nursing a broken heart? If only. Finally, the doctors concluded that studies were taking their toll on me. Solution? Take it easy.

The first major casualty of my shivering hands was the art class that I almost always looked forward to. Soon, the cats and dogs I drew began to be interpreted as extra-terrestrial creatures. My artistic endeavours were reduced to drawing a circle and a straight line with the help of a compass and a scale in the geometry class. Increasingly, it became evident that art and I had to part ways for the greater good of both. Regret made way for indifference — if I couldn’t create it myself, I wouldn’t be a passive observer either.

That wall began to crumble in 2017. Belonging to that micro minority of people who haven’t seen the Louvre in Paris, I was excited, albeit journalistically, about the UAE bringing it right to our doorstep. ‘Top 10 artworks to watch out for at the Louvre’. ‘The stories behind curations.’ Headlines ran amok in my head. However, the aforementioned excitement piqued when news broke that the museum had acquired Leonardo da Vinci’s Salvator Mundi that was auctioned at Christie’s and eventually sold for a whopping $450 million. The resolve to visit the Louvre strengthened.

The Louvre houses not only works of art, but it is a work of art in itself. Walking through 12 of its galleries, each exhibiting art that reflects on the culture of the time, is like walking through history itself. On one hand, you find yourself in the same room as a sphinx from the 6th century; on the other, you look straight into van Gogh’s eye. The pre-historic artefacts — from idols of fertility gods to the hunting equipment — have all been meticulously curated. Strangely, what really moved me were two sculptures — that of the Egyptian pharaoh Ramesses and Alexander the Great — whose nose and head were respectively dismembered from the edges (perhaps an outcome of retrieving the works). A minor imperfection really, but lent itself to such beauty and possibilities — that art can make the most powerful seem powerless and vice versa.

One of the early sculptures of the Greek Goddess Athena was equally compelling. The precision with which each fold of her dress was neatly sculpted reminded me of Michelangelo’s predicament while being asked to create the frescoes at Sistine Chapel. Michelangelo considered sculpture to be the higher form of art and was initially reluctant to work on the frescoes. The astuteness with which Athena had been presented in this sculpture, pre-dating Michelangelo by several hundred years, nearly made me see considerable truth in the renaissance artist’s claim.

Where there’s renaissance, albeit in thoughts, there is da Vinci. A procrastinator’s role model but also his biggest lesson. It is said in his lifetime da Vinci started only a handful of paintings but finished even fewer. If this ‘handful’ has earned him the distinction of being one of the world’s greatest painters, what would’ve happened had he finished all?, I thought out aloud as I stared right back into the piercing gaze of the woman da Vinci captured in La Belle Ferroniere, one of the many works that have been loaned to the Louvre Abu Dhabi by various art institutions in France. Interestingly, the identity of the woman depicted in La Belle Ferroniere has been a bone of contention among art historians. While some claim she was his mentor Ludovico Sforza’s wife, others claim she was the lover of Francis I of France, a patron of da Vinci’s.

Looking at these gorgeous works, I wondered what it is about realism that fascinates us. Is it the prospect of seeing either oneself or the most perfect version of oneself or others on the canvas? These questions assume a different meaning as one enters the abstract world of Piet Mondrian and Mark Rothko. I spent the most amount of my time at the museum (45 minutes, to be precise) standing across these paintings and marvelling at the perfection of the symmetries and the colour. The Mondrian exhibited here was a painting from 1920s depicting immaculate quadrilateral figures. Helpfully, I was told that the iconic designer Yves Saint Laurent had launched a collection inspired by Mondrian’s designs. With credentials like these, it was hard not to spot beauty. The question is what if I hadn’t been told of Mondrian’s greatness? Would his work still speak to me? Perhaps, perhaps not.

This subjective nature of art is what makes it essential to our lives because it teaches us something rather important — that no idea, however celebrated, is above inspection. In that sense, the real triumph of Louvre Abu Dhabi is that it enables you to have a dialogue with yourself about what constitutes art and why you’re never really a passive observer in the creative process.