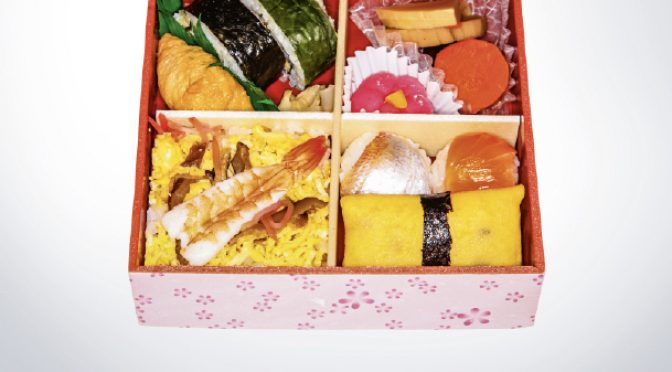 You have to give it to the Japanese for their exquisite taste in food and total devotion to the craft. No wonder they are often in the news for their willingness to spend on food and going the extra mile to ensure freshness, richness and aesthetic appeal on their plate. Remember Kiyoshi Kimura, the owner of a Japanese sushi restaurant chain, who spends an awful amount at the Tsukiji fish market every year? An eye-watering $1.8 million for bluefin in 2013; and $636,000 in January this year for his restaurant, all to ensure that his customers get to eat the best.

People queue up and pay for relishing something like this. No, no, I am not among them. Instead, what really fascinates me about the oriental cuisine is the Japanese way of presenting food, in bento boxes. Bento simply means a meal packed in a box. If you aren’t aware of the art, I suggest a quick search. It’ll open a world of beautifully packed lunchboxes and might encourage you to indulge in some artistry, especially if you have kids around.

That’s what happened to me this year. Character bento, or charaben, is what I fell in love with. It is a type of bento that features food decorated and styled to look like people, animals and characters from cartoons. It’s fascinating how you can turn boiled rice into a doll or a bunny using cling film and some dried seaweed, or nori. An omelette with some artistry can be transformed into a bespectacled smiling face. Broccoli and avocado are best used to make trees and greenery. Kids love it, and devour all of it, too. Suggestions on Pinterest and Instagram posts by Japanese artists piqued my interest and got me started.

Some might say this is just a huge desire to please my three-year old, but to me it is the sheer joy of finding an outlet to indulge in some form of art. That my son eats whatever I creatively put on the plate is icing on the cake. But for now, I am pleased with spending time in my kitchen for this every other day. Learning how to achieve kawaii (cuteness) through bento boxes, and making home cooked food look good is one of the high notes.

And it isn’t just me. The trend of making bentos is reviving in Japan and flourishing outside its shores, too. A lot of Japanese men and women are now keen on discovering more about this art and making it popular. The rise in the number of Instagram accounts on bento boxes, and increasing boards and pins on Pinterest say it all. In Japan, restaurants and eateries are rivalling each other to come up with something new for their bentos. A few weeks ago, a delivery service in Japan made news for making a Wagyu Beef bento box and asking for $2,600 for nine pounds of beef! Sounds like a steep offering, but this is the Japanese way of saying ‘only the finest!’ A simple bento box, on the other hand, doesn’t take much to prepare.

Interest in bento boxes and kawaii is flourishing to the extent that bento has entered the media lexicon globally. It’s included in back to school campaigns, on child nutrition literature, and in lists of how to encourage good eating habits. In fact, the term bento has even spread beyond lunch and is often being described as a balanced and compartmentalised meal. Looking to lose weight, or control your diet? You know what to do.

It is fairly easy to try out the art of bento now than it was a decade or so ago. Tools, accessories, bento boxes, et al, which were hard to find in supermarkets outside Japan are now readily available in major stores, and on ecommerce sites. I am guilty of such carefree shopping. Cookie cutters, moulds, rolling pin, all shall be put to use in the New Year.

I might not make the cut yet to trumpet my creations on Insta but that doesn’t interest me too much. What does is the fact that 2017 was the year I became interested in this art, and my leisure time in 2018 shall be devoted to perfecting it. Maybe I could then start vlogging and make a new Youtube account to promote the desi version of bento. I’ll figure that out next year.