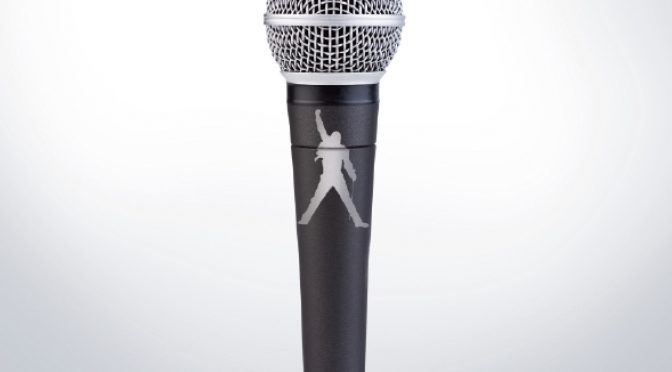 I don’t know if I believe in magic in the traditional sense of the word. Though I love Harry Potter and the worlds of fantasy in general, whether on the page or on the screen, I am in many ways a common sense type of person. However, to contradict myself in print, there is a more nuanced meaning of magic that I do believe in.

Toward the end of last year, it was announced that actor Rami Malek was cast to play Freddie Mercury in the Queen biopic, Bohemian Rhapsody. I knew that the film project faced some issues before Malek joined the cast. I had been following the story closely, not so much out of my interest in Freddie Mercury (which if I’m honest I knew nothing about at that point) but for my general dislike of actor and comedian Sacha Brown Cohen who was initially attached to the biopic to play Freddie Mercury and be involved in the script as well. Earlier that year, Cohen left the project due to issues between him and the remaining band members of Queen, particularly guitarist Brian May who stated, “Sacha became an ar*e.”

The whole story was equally entertaining as it was enlightening. By complete accident I found myself reading up more about Freddie Mercury and was exposed to a plethora of heated online comments regarding his legacy. Like a cat following a string of yarn across the floor, I was intrigued by the undercurrent of loyalty and passion toward this legendary singer. So much so that I had to ask myself — who was Freddie Mercury?

Most people know Freddie Mercury as one of the greatest icons of music ever to exist. I think initially that is what stopped me from ever scratching the surface of who Freddie Mercury actually was — that word ‘icon’. Over the years, I’ve become jaded with how commonly it’s used in the media and how many celebrities take ownership of it. Especially so, when Lady Gaga (who funnily enough took inspiration for her stage name directly from the Queen song Radio Gaga) told Barbara Walters in one of her first television interviews that she wants to be remembered as an icon. Cringeworthy stuff. And so, when any actor, designer, singer was referred to as an icon in the media I hardly took notice. The word stopped meaning iconic. It simply meant someone famous now.

However, after a year of true immersion in the life and music of Freddie Mercury I can honestly say that the word icon doesn’t do him justice. Yes, I’m late to the party, but I don’t care. The party is amazing and the soundtrack is the diverse variety of every song he ever wrote, sang, performed.

To start off, the name Freddie Mercury wasn’t a complete mystery to me. Three of his songs We Are the Champions, We Will Rock You and Bohemian Rhapsody have always been there in one form or another throughout my childhood and adolescence. Not in a direct way, but these existed in the ethos of the world around me — an anthem at school sports days, background music at a high school party, in the soundtrack of films, referenced in literature, mentioned by teachers and often sung, completely out of tune, but with rigorous passion on nights out in karaoke bars. Those three songs had become so familiar to me that I never actually heard them. They were simply hymns that existed as part of the universal culture I grew up in.

When I downloaded the greatest hits album by Queen and playlists from Freddie’s solo career I wasn’t prepared for what I was about to experience. Magic. There it is, that word. Magic. First and foremost, Freddie Mercury’s voice — what an instrument. Not only did he have a very specific vocal fingerprint, I, who had always enjoyed great voices of our generation (such as Whitney Houston, Mariah Carey, Elvis Priestly, Adele, Sam Smith), realised that Freddie Mercury could literally blow them all out of the water. In fact, last year a whole bunch of scientists conducted research on why his voice was so great. They discovered that not only did Freddie Mercury’s vocal cords move faster than other people’s and that he could easily sing outside his range, but that he also probably employed subharmonics, a singing style where the ventricular folds vibrate along with the vocal folds. Most people don’t speak or sing using these folds.

His four-octave range wasn’t the only thing that was incredible. It was more than technical prowess that made him one of the greatest that ever lived. The emotional quality of his voice, the expressive texture of how he sang, how he performed, amazed me. There was something there that I didn’t think was normal — it was magical.

Listening to Freddie Mercury’s body of work (69 songs of which he wrote or co-wrote) was literally like experiencing a new universe of music. The songs, from the melodies to his lyrics are genre bending, conceptual, accessible, influential pieces of poetry, art that really leaves you in awe at the scope of his boundless imagination — they were all small pieces of magic.

Another little fact that stopped me in my tracks was that Freddie Mercury was born in the Sultanate of Zanzibar, not in the UK. He grew up there and in India before moving with his family to Middlesex, England, in his teens. Wow, I thought, like many of us, Freddie Mercury was an immigrant.

There is nothing that I can say that hasn’t already been said about the great Freddie Mercury. However, I realised that although he died 26 years ago, his musical legacy is more relevant today than most of the musicians who are selling out concert halls worldwide. I believe like all great artistes we still don’t completely understand or even fathom the work he’s left behind. To make a random comparison, this I believe is true of the great writer Jane Austen. Every time I return to an Austen novel, I learn something new about writing, about pacing, about wit and story, despite the number of times I’ve read her novels before.

I’m not sure what one calls that enchanting element that exists in real art created by people who seemed ordinary but were probably not. I don’t know if the right word is iconic or genius but it’s definitely magic.