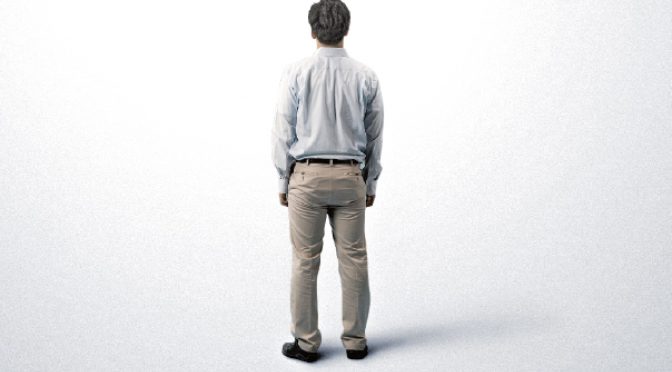 “I’m a lean dog, a keen dog, a wild dog, and lone.” Prof Krishnan crooned Irene McLeod in a 90-strong classroom, his husky voice breathing a saturnine mood into his diction. Some yawned. Some dozed off. I, for myself, soaked up all the ambience of the poem and replaced the dog with my own soul. Loneliness has since been embedded in my DNA. Tangible pretensions of loneliness, along with a sling bag, unkempt hair and scrubby beard were a fad in those days. Girls marked out such guys as they romanced anything or anyone left-of-centre.

In those student days, life was a multistage rocket aiming for the moon, still sitting pretty at the launch pad. And loneliness was one of the stages it intended to burn off in its trajectory to the eternal orbit. Tempestuous political weather, mindless bloodletting, acute poverty and unemployment bore a fertile breeding ground for hate and despair. Uncertainty crawled all over the place like carnivorous worms. Life in the seventies stayed marooned in a swamp of loneliness.

Dialectical materialism failed to fill stomachs. I emerged from the shadow of idealistic hypocrisies to the beckoning of the petrodollar. It was my liftoff to a new horizon — from a cemetery of thousands of rockets that had crumpled down awaiting the ignition that never came. Who said money doesn’t buy happiness? It does. I swear by anecdotes. It buys a way out of loneliness, too. The question is, for how long.

As wealth flowed, gloom dissipated. Times in the Gulf of the eighties were as smooth as French chiffon. Life hopped from fun to frolic; from office hours to happy hours. Sooner than later, it would dawn on me that as much as happiness wasn’t sustainable, loneliness was cyclical too. I peeled away the veneer of capitalistism and retreated to a different cocoon. After a bag full of photography awards, my journey of passion stopped at every bus stop: music, charcoal drawing, painting, blogging et al. Happiness was still elusive. I choked in the fierce grip of the unknown. Loneliness had reached its apogee.

It was in the autumn of 2016 that Donald Hall came home along with The New Yorker. A story by the American author, Between Solitude and Loneliness, rebooted my perspective. There were tonnes of research papers out on the Net about loneliness. It’s strange I never noticed. I gave Donald a second read on New Year’s day in 2017. My heart stopped in awe as I grasped every word of it. I envied the 87-year-old relishing his solitude before and after his wife’s death. “Now and then, especially at night, solitude loses its soft power and loneliness takes over. I am grateful when solitude returns,” Donald writes. That’s when I realised where I had gone wrong. Whoever read the story on my recommendation exclaimed, “How sad!” I wasn’t. I was rather inspired by the intimacy of the partners in collective — er, double — solitude. The realisation that it’s not a fine line but an ocean between loneliness and solitude was an awakening.

Next day, I applied for leave, posted a staycation notice on Facebook and shut myself out of the world for a month. I never felt lonely when I was alone. The protagonist of the book I have been attempting to write was scrambled. She shared my solitude, nudging me whenever I dozed off on the keyboard, scolding whenever I switched on the TV, rolling her eyes whenever I overate. Five key chapters were written up by the close of the staycation.

French mathematician Blaise Pascal said, all man’s miseries derive from not being able to sit in a quiet room alone. For Aristotle, the Greek philosopher, friendship was a requirement for a good life. Hannah Arendt, the German-American philosopher and political theorist who once reported for The New Yorker on the war crimes trial of Otto Adolf Eichmann, argued that the inability to sit alone and think was a key reason the Nazi officer became a tool in the Holocaust.

Fast forward from the German ghettos of yesteryear to the civil and political war zones of 2017 that have given birth to a whole generation of refugees. My heart goes out to the millions of innocent lives rotting in “modern concentration camps” across Europe. The empty stares on their faces are a true manifestation of loneliness.

Not surprisingly, Arendt’s Eichmann theory reminds me of some present-day political leaders who could be writhing in the iron grip of loneliness. Case No 1 is President Donald Trump. Having been called out by former and present aides on his alleged connections with the Russians and his anti-Muslim obsessions, Trump’s indulgence in “Twitter Holocaust” this year is symptomatic of the loneliness syndrome. Other case studies include Bashar Al Assad. With missiles from different quarters raining down on every human settlement in his war-torn country, the Syrian president has no place to go in the world, except Moscow. He has been reduced to a trigger-happy loner drawing sadistic pleasure in annihilating fellow countrymen. Shamed by a deluge of international calls to strip her of the 1991 Nobel Peace Prize over Myanmar’s alleged ethnic cleansing of the Rohingya community,  Aung San Suu Kyi  has taken a huge tumble from grace to the pits of isolation. Silence speaks louder of her loneliness.

Theories galore on the subject, the most common being, loneliness is when the world leaves you out, and solitude is when you leave the world out. Which essentially means one is imposed and the other is voluntary. That sounds like a half truth. Given that this world is full of good people, to assume it’s ganged up on you is fallacious. The feeling of isolation or rejection is rooted in a sense of self-deficiency. If you have been abandoned by a dear one, the world isn’t responsible. It’s up to you to go the extra mile or to find happiness elsewhere. Loneliness or solitude, the choice is yours.

It’s a mind game, but ain’t so difficult. Like an old girlfriend of mine once joked, the easiest thing she had done in her life was to shut me out and move on. Well said. Well done, too. I had been a notoriously slow learner. This passing year, in which I learned the art of moulding loneliness into solitude, has turned out to be a milestone. This is the first time I realised a textbook narrative can be so clinically realisitic — solitude is a springboard to greater self-awareness and creativity. It’s a state where you get to be in touch with yourself and enjoy your own company. It’s where you rediscover and ennoble yourself. Solitude is a pilgrimage to your self.

Today, I can sit in the midst of a madding crowd and churn out pages after pages. I create my own enclave in the middle of a dinful pub and chat with my characters. The space I create for myself is vertiginous, not horizontal. The rebellious clatter of vessels in the kitchen, the guffaws that spill over from the office pantry, or the loud belching from adjacent tables in my favourite waterhole don’t pierce my armour.

“In the separation of our double solitude, we each wrote poetry in the morning,” Donald writes about how he and wife Jane, once his student, escaped to their own personal spaces under the same roof. I wasn’t sad when Donald ended with a sepulchral narrative of how Jane died of leukaemia at forty-seven. I was wandering in their world of double solitude, taking in the whiff of an iconoclastic life lived in full.

With 2018 knocking on the door, if any one of you wants to tie a talismanic knot on my wish tree with a prayer, let it be: Here is wishing you one hundred years of solitude.