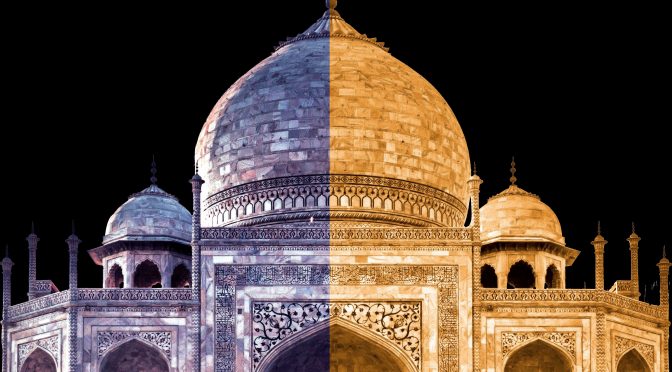 In college we all learnt colour doesn’t exist, except in your mind. So ask me what’s on my mind. The colour orange. Forgive me if I sound smug. Last night, when social media was still red hot with the news of India’s ‘passport reform,’ I had a serendipitous dream. Forget the Big Ticket and Millennium Millionaire. The colour orange made me truly affluent. It wasn’t a raffle. I earned the riches. Curious? Then accompany me as I revisit my wild dream.

Year 2020. In his office, which is a short walk from the Expo Metro Station, former journalist Suresh Pattali has been busy meeting delegates from American and British education boards. The meeting minutes are of top priority: How to best make money from the orange passport for Indian uneducated and unskilled workers. He is also bracing for an interview with a KT journalist before flying out to Delhi for a meeting with state exam boards at the PM’s office.

Pattali is the new kid on the block in the Dubai circle of crazy, nouveau riche entrepreneurs. The 3D-printed, award-winning office of Pattali’s Bridge Your Brain coaching class for labourers to become high school graduates — a requirement for the coveted blue passport — is smart and sustainable. The architecture of the standalone structure in the shape of an open book is eponymous with his business concept: The orange passport. So is his nickname in business circles: Passport Pattali. The orange-blue colour scheme as well as the décor are all in sync with his business acumen. High above the wall behind Pattali’s chair is a photo of PM Modiji. In the second rung are three obscure faces, venerated with sandalwood garlands. Incense sticks burn in front of them like in a temple. In the third row are framed passports of different times, including the British Indian one, stamped with ‘Indian Empire’ on its jacket.

“These are high school certificates of different boards from all over the world,” Pattali said, pointing to the panoply on the sidewalls that looked like a Louvre gallery. A woman in her thirties, draped in a deep blue sari, served green tea in an orange cup.

Pattali: Welcome to Bridge Your Brain. How is everyone in KT?

KT: All good. Pattali, we know your antecedents till you quit KT. How’s life after journalism?

Pattali: All happened in the wink of an eye. NaMo, NaMo. I made all the riches in a short span after I read about the passport reform. Quick thinking is the name of the game in any business. Now I am the only player in the business of conversion!

Pattali: Yes. Conversion of orange passports to blue. Which means conversion of a new lower class to the normal.

KT: How did the idea strike you?

Pattali: Lady Luck came in the guise of Arakkaveettil Abdullahkutty Kunju Mohammed from Kannur who I spotted in the orange queue for check-in at Kozhikodu airport. He was sobbing into a hanky. We were to board the same flight to Sharjah that was delayed by a couple of hours, so I told him to lighten his heart by sharing his tragedy. Mohammed’s agony is what I cashed in on.

KT: Interesting. What was Mohammed crying about?

Pattali: Mohammed was a small-time grocer in his early forties, happily running his business in Sharjah’s Bu Tinah. Landing in the Gulf in his early twenties, Mohammed like any other expatriate had failed to realise that time flies, especially when one is saddled with responsibilities like the marriage of four sisters. He knew he came here when the shawarma cost just two dirhams and he had a crown full of jet black curls. Mary Thomas, who has a lucrative clinic above his grocery, was the first to remind him about his sideburns which, she joked, were growing faster than the Dubai skyline. Next winter he travelled back home, his heart full of dreams about a girl like Dr Mary. He had seen how much money she minted from the surgery. His marriage broker had lied to the girl’s middle class parents; Mohammed has a thriving business and an MA degree. At the end of their first date, the girl, a dentist by profession, demanded to see two things. Mohammed was uncontrollable when the story reached this far.

KT: What were they?

Pattali: His VAT registration number. He did not have one, his turnover being far below the Dh375,000 threshold.

KT: And the other?

Pattali: His passport. Till recently, Mohammed was the proud owner of a blue passport, like all other Indian citizens. On renewal, he was given an orange one, which floated in Mohammed’s life like an inflated water buoy telling the whole world he isn’t a high school graduate. Dreams collapsed like a house of cards as blue has become the basic matrimonial requirement. The blue lets you into heaven; the orange into hell, Mohammed said. That is when I started to place the photos of Modiji and these three in my prayer room.

KT: Who are the three garlanded men?

Pattali: The three angels who opened the doors of heaven to me. The three members of a committee that recommended the passport reform. Mohammed’s story was an eye opener. In no time, I started my first coaching class for labourers who wanted to pass high school exams to get a blue passport. Mohammed was the first registered student. The rest is history. Horizontal growth was the pillar of our initial strategy. We went in first with a money-back guarantee — a high school certificate in a maximum of three sittings. Today we have hundreds of classes spread over the Gulf and across India. We have our own exam guides prepared by the industry’s best, free transport for students from labour accommodation, free mock tests etc. We also offer free classes for the third student from the same family. Take two, get one free.

KT: And the strategy, going forward?

Pattali: To grow vertically. We are in talks with various school boards across the world for coaching and exam arrangements. (The interview was briefly interrupted at that point by calls from St Kitts and Guyana seeking joint ventures). Regionally, we expect some neighbouring countries owing allegiance to Modiji to have the two-passport scheme soon, so we are on stand-by to move in there. We are also in talks with Trumpji if they can introduce a different passport for naturalised citizens that can be upgraded through a correctional scheme. Tomorrow, we have talks about including Bridge Your Brain in the Make in India scheme.

KT: Don’t you expect your business to plateau after the number of orange passport holders dries up?

Pattali: You see, the toy industry never failed because it’s a business of emotions. So is the case with me. I am dealing in emotion. We work hard to raise the most unfortunate class from the trauma of rejections. Modiji has plans to make Class 10 exams a tough nut to crack. Off the record, quality is the name of game, but the motive is to produce as many orange holders as possible. Give and take, you know!

KT: What’s your message for people out there in India’s vast orange county?

Pattali: Let us not wallow in the valley of despair, I say to you today, my friends. Even though we face the difficulties of today and tomorrow, still… have a dream. A dream rooted in the deep Indian blue.

KT: Thanks very much, Pattali, for your precious time.

Pattali: My pleasure. Why don’t you guys come over to my yacht for dinner at the Marina?

KT: How can we identify your boat?

Pattali: Easy. Look for an orange one with the Bridge Your Brain insignia in deep blue on the portside.

KT: Pattali, one last question. How about Mohammed?

Pattali: He is now happily married to a doctor and waiting for his clinic’s VAT registration number.

The reporter felt her heart sink as she read the lines engraved on an orange plaque at the exit:

By those who ne’er succeed.

Suresh is Senior Editor. His philosophy is heavily influenced by Ulysses: ‘I cannot rest from travel’