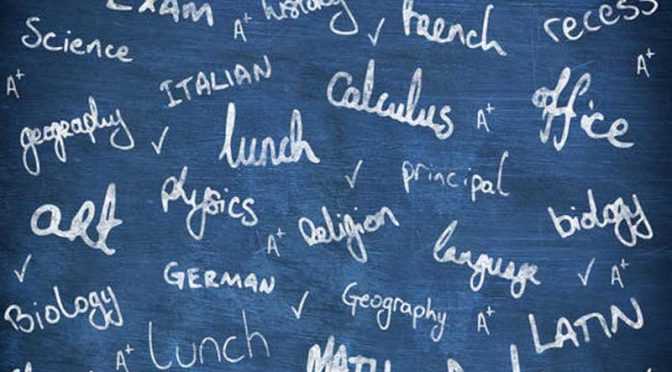 Just like there are expiry dates on cars and canned goods, there should be the same for words and phrases made threadbare with overuse. Something like a ‘use by…’ shelf life. Remember when every second person was ‘thinking out of the box’? One more guy said that at an office meeting and you wanted to smack him. Stop it, now. What box, like we were all confined to some verbal gaol and the key had been flung away. You are not thinking until it is out of the box.

And if it is all about thought we were all taught or exhorted to think on our feet. Oh, yes, Venkat is a smart one, he thinks on his feet. Unlike the rest of us who were lounging in our chairs — our thoughts corrupted by posture. So much for Plato’s repose and grand thought.

Then came that word synergy and you had the visual concept of two rivers intermingling and creating a power surge as their waters hurtled along in a froth of white foam. Oh, we make synergy together like were making babies or something. Synergy had a cousin called USP and I never had the courage to ask what it meant but I used it freely, as in ‘what is your USP’ and I got a host of answers but no clue where I was going with it.

For many years we were told that if we wished to be ‘somebody’ we had to hit the ground running. That conjured up mental images of folks leaping out of moving buses, mindless of their safety and regaining their balance as they slapped the pavement in what was considered to be fast tracking your career. Bit silly if you broke a leg but it was good corporatespeak and the top geniuses loved to say it. My team hits the ground running. Like SWAT, or something. That they might all be in plaster as a result of it, was a factor ignored.

I once had a newspaper tycoon who would hold editorial meetings and he would say, “I cannot stand procrastinators and I will weed them out.” This was supposed to strike terror in the ranks and push us to greater heights of achievement. By the time he said the word half the board had gone to sleep. He could just as easily have said, lazy sods, and got the point across.

Creative minds are obsessed by footfalls and eyeballs, and traffic through peak hours, and troughs, and paradigm shifts and they make these squiggly graphs and scare everyone into submission. Why can we not just say, hey, how many people are reading us? Covers the ground. Unless you hit it running.

There was a phase when everything was on the cutting edge of whatever… technology, science, art, dance, speech but no one knew what exactly this achingly sharp side of the sword was all about. It just sounded immensely intelligent to say it, like our company is on the cutting edge of innovation. It meant total nonsense but it is still used in context and out.

If you base it on the fact that once people figure out what it means or what buzzworders are talking about, it had lost its point, new words have to be coined to keep the flow going.  For example, if you are not being vertical in your approach to a problem you might as well lie down horizontally and call it quits.

For a while, everyone worth his salt was ‘engaging’ with the market and being data driven. If you weren’t being chauffeured by your data you were not in the race, you little second rate upstart. Sometime around last year we began to disengage and instead, we began hanging around Content Delivery Platform like lost passengers and doing Analytics while waiting for a train that did not arrive. Only there are Mobile Analytics as compared to Realtime Analytics and you had better know the difference. Unless you are into Verbal Analytics. Oh, shut up already.

I was at a meeting the other day and there was this lady, all pant suited, high end executive ardour pouring out of her and she said, what are your deliverables?

I truly thought at that moment as I became flustered she meant do I bring the groceries to the door, like home delivery and my partner curled his lip and said, what can you do for them, that’s what she wants to know.

Why didn’t she say that, isn’t that why we are here, isn’t it the most obvious question, besides if you wish to know I bring a lot of stuff to the table. Ha ha, I can play words games, too.

Suffice it to say, I never got the contract. Had to circle back.

Even these days, I often get these three alphabets on various documents. GIF. I have no idea what they mean. So finally, so as not to publicly display my rampant ignorance, I went to google and checked it out. This is what it says: The Graphics Interchange Format is a bitmap image format that was developed by a team at the bulletin board service provider CompuServe led by American computer scientist Steve Wilhite on June 15, 1987.

Crystal clear, am an expert on bitmap image formatting, weaned on the stuff. Clear as mud.

Now, just let me think out of the box and fine-tune my exit strategy.