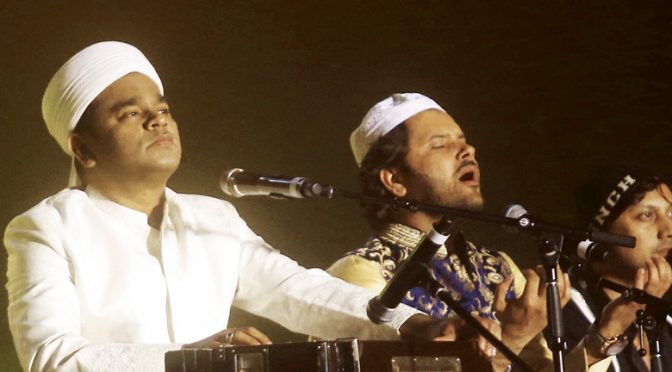 I’ve never considered myself a fan of a celebrity, which means I have not plastered walls of my room with posters, written fan mails or cried buckets at the failure of a film, match or concert. I enjoy a good show — cinema, theatre, music or a game. But, I’ve always wondered what is fandom, what does fandom look like?

As a teenager, I recall watching the news on telly — this was before YouTube. Michael Jackson was on the stage and thousands of girls and boys were screaming, “We love you MJ!” The image refuses to leave me. In college, the band Euphoria performed thrice, and on each occasion, there was a near-stampede to get an autograph or to shake hands with the band members. Thankfully, selfies were yet to arrive on the scene.

Is that what fandom looks like? I don’t know. Growing up, I’ve watched tears of joy roll down people’s faces at the sight of a favourite author. I’ve been a part of conversations where the fan has sworn to bow down in front of his/her favourite leader or music maker. I’ve watched films made on the subject. As for me, I’ve remained in awe and respect of the icon but failed to qualify as a fan. How does it work? Here you are, in love with someone you may never meet. You are one in the crowd. If you are fortunate, you get to see the person perform, play or talk live. Of course, from there on your life gets divided into before and after. It does sound surreal.

Last weekend, I was one amongst the thousands at Bollywood Parks Dubai attending The Journey — Celebrating Music — AR Rahman Live in Concert. A lot has already been said about the show, about the legends on the stage and of the teams that made the show happen. The psychedelic lights, the futuristic sets, the fireworks — have been aptly praised. But, little has been said about the fans. So, this one is for the 18,000 fans at the show.

Here I am sitting on a chair, which is now damp, owing to the unpredictable, dense fog. There is an overdose of check-ins, live videos, and selfies. The smartphones are at work. There are requests for Jai Ho. There are a few complaints about the show’s delayed start. There are queues at the food counters. And amidst it all, there are fans of all kind.

There are parents with young children, the latter have had their share of music and now want to sleep. It’s close to 11pm. I watch mums and dads take turns as they rock their babies to sleep. There is the swing to their rocking, as they move to the beats of Urvasi-Urvasi. They’re dancing. There is an elder sibling who is refusing to sleep because he’s not yet heard Humma Humma. He’s keeping himself cosy in his dad’s jacket. “I’ve never seen Rahman smile so much!” another fan remarks. Perhaps he’s right. Neither have we.

One of the organisers is walking around with a walkie-talkie. He hasn’t slept for days. On his phone are notes that he was taking until 5am. He has walked across the grounds, counting the number of chairs. He’s not had a moment to sit down and watch the show. He may not, anytime soon. But, he’s content; standing there wearing the fan smile.

The fog is getting dense. It’s close to midnight. Those seated in the bronze rows and behind can’t see the stage anymore. Suddenly, the night lights up with flashlights of smartphones. “The ones who buy the tickets, really enjoy the show. They know and feel it’s worth,” says a fellow attendee. “Are you warm enough?” asks Rahman, “You’ve warmed us,” he answers his own question. He thanks his fans for buying the tickets.

It’s 1.30am. We’ve had our goosebumps, magical moments, singing Vande Mataram with Rahman and the brilliant team of singers accompanying him. As we leave, I spot a fan in the crowd. Around him, many are in a hurry to find their way out, but not him. He’s standing there, still, ignoring the nudges and pushes. He’s looking up at the skies, almost as if he is having a conversation. I smile at him. “I need a moment to absorb what I just witnessed,” he says, returning the smile. And just like that, I have pushed ahead and lost him in the crowd.

All of us walk back to the parking lot. Suddenly, we’re one large family. The trams to lead us there have been closed, owing to the crowd and weather conditions. There are some, who are complaining — the women in heels and the men, who are carrying their children on shoulders.

There is an old couple holding hands. He’s humming Dil Hai Chhota Sa. A few more join him. They’re walking slowly. We’re all creating music. We make it to our designated spots in the lot. There is no crazy honking. Everyone is at peace. It’s been a long, cold, and lovely night. As we find our way out, the friend, who is at the wheel, asks if we want more of Rahman. Yes, we nod. He turns on the music.

I think to myself, perhaps that is fandom. Each one of us in the crowd does our bit. Each of us makes our star feel loved, welcomed, and respected.