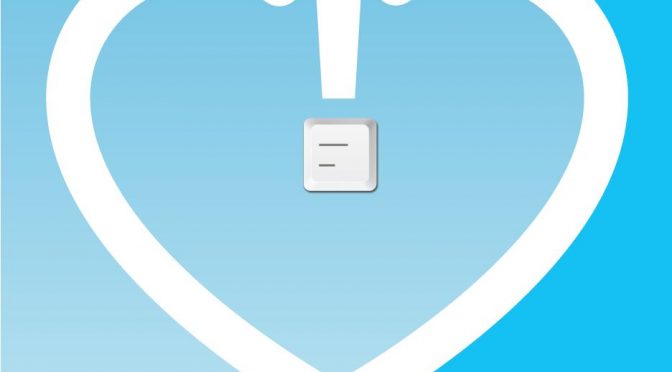 I have a cousin who keeps reminding me — she has been at it for over 45 years — that English is not in love with me. She says it’s a one-way affair which won’t take me anywhere, however hard I try. There were six commas and two semicolons in a single sentence she sent on WhatsApp the other day, so let me forgive the convent-educated one. And I have two children who keep telling me I shouldn’t open my mouth to express this lingo affair — come what may. Because with my pronunciation all over the place, they say, it would be tantamount to foul-mouthing rather than an expression of true love.Then there is this group of good old classmates who say I loved English to impress my language teacher who had a beautiful daughter. Today I sit in the newsroom — an English newsroom to be precise — reminded every second of my great love — the lingua franca — and its idiosyncrasies that leave me speechless at times. “Why is she so?” I have no answer to such questions from interns on the desk. It’s like asking why the crow is black. English is as crazy as it gets because it defies all logic — in speech as well as in writing. But this is one language which has clear rules to regulate punctuation marks, of which the big dash ( — ) is what I like the most. Whenever I am lost in the words of thoughts, it occurs to me that if English were my language teacher’s charming princess wandering in a garden of lavender, the dash would be a hair clip adorning her cascading locks.

The big dash, nicknamed the em-dash after its length — it’s about the same width as the capital letter M — comes from a big family of 14, the other siblings being the period, question mark, exclamation point, comma, semicolon, colon, dash, hyphen, parentheses, brackets, braces, apostrophe, quotation marks, and ellipsis. Of all the names, the dash is the most sweet-sounding. The rest are all phonetically constipated; unromantic. Figuratively speaking, the em-dash may not be as curvy and groovy as some of its siblings, but it is the most straightforward in terms of character. It’s the heart that matters, not the shape, right?

I admit some of the em-dash’s siblings have the grace of a svelte ballerina but their performance has been called into question many a time. Functionally, the period is the most proactive punctuation. No one carries greater weight than the little dot does. “I don’t love you anymore. Period,” a woman shouts as she walks out on a relationship. “Don’t argue. You need to be home by nine. Period,” a parent tells his teenage daughter. The period by nature is a giant policeman.

With the comma taking the second most popular crown, I guess ‘Dash, the Plain Joe,’ can claim the third place in terms of performance. But what captivates a writer is the virtue of humility in the em-dash. The big dash isn’t as pushy a salesman like the hyphen which sucks up to every word that comes its way, with the offer of grooming them into an adjective or an adverb. Neither is the em-dash an antagonist like the question mark that sows the seeds of fear and doubt in human minds. It’s a merchant of negative energy. The shape of the question mark that seems to copy the contours of a gymnast is so repulsive. It lacks genuineness.

Going by the info leaking out of the old tavern of grammarians and intellectuals, all’s not well with the family of punctuation. Infighting is rampant. There are these guys like American authors Kurt Vonnegut and Ben Dolnick who instigated the family feud. “Do not use semicolons. They are transvestite hermaphrodites representing absolutely nothing. All they do is show you’ve been to college,” says Vonnegut who led the coup d’etat. “The semicolon sat there in my literary utensil drawer like a cherry pitter, theoretically functional, but fussy and unloved and probably destined for the yard-sale table,” writes Dolnick, supporting his literary hero.

While some in the writing community think semicolons have no place in modern writing, there are others seeking to celebrate the punctuation mark, but I wouldn’t take sides. Our guy dash has always offered its services to those who wanted a break. “Think of all the uses of the dash:— It can be used within dialogue in place of a semicolon, and it is actually more realistic — most people don’t think in semicolons,” writes Mary Norris, the New Yorker copy editor and author of Between You and Me: Confessions of a Comma Queen. However, the semicolon can find a saving grace in the same book. “There is no mark of punctuation so upper-crust as the semicolon.” But the pendulum has swung too far the other way.

In the punctuation fraternity, I think the meanest of them is the colon. It does the job of a police informant, pointing fingers at passersby as in this example, “The following are the members of the killer gang: A, B, C and D.” It makes a living of nitpicking. At the beginning of the messaging services, the colon had entered into a partnership with the parenthesis to deal in emoticons like 🙂 and 🙁 etc. However, their business of feelings has been south-bound since the development of graphical emojis in social media messaging.

Having lived and shared all of my life with an educator, it’s natural for me to compare the em-dash to a substitution teacher. Being the most versatile punctuation mark, it offers to take the place of commas, parentheses, or colons — in each case to slightly different effect. Depending on the context, the em-dash would make single and double appearances in a single sentence — as you may find in this encomium for the honest member of the punctuation lineage. Flexibility is the best word to describe the silent hero, who rises to the occasion — when others fail — to resolve any complexities like an appositive in a masterpiece and become the saviour of English family honour.

Why am I using so many em-dashes in this article? And so confidently? Because, to quote author Lynne Truss, we know we can’t use it wrongly — which for a punctuation mark, is an uncommon virtue.