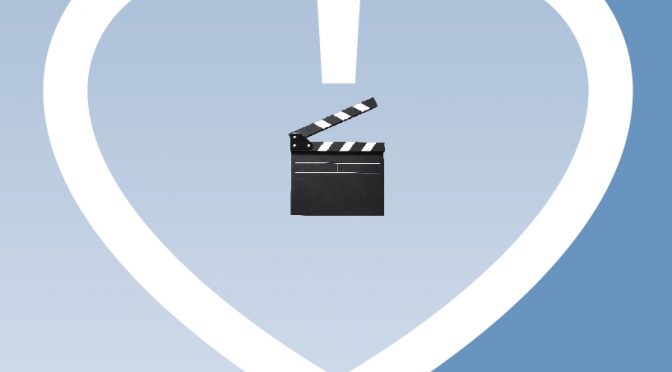 It’s not every day that a film pushes you to change the course of your life. The power of a great movie lies in its ability to transport you into another world, to make you experience life so vividly that it feels like you’re in a trance. I had a moment like this and it marked the day I felt independent.

After battling the early stages of university, I had only to look at my score sheet at the end of each semester to realise I had another think coming.

Earlier, I had imagined that a gritty double-major in Business Management and Marketing was the career for me. But with each passing semester, my doubts grew stronger. I thought I wanted to study Screen Production. I had friends who were studying Screen Production, and seeing them do it, I  wanted to do it too. I spent most of my time pestering friends to convince me to drop my majors. I was trying to find a way out and nothing stuck.

I was on the verge of dropping my Business majors for Screen Production, but I had never taken such a risk. The thought was too daunting. I mentioned it in passing to my parents, but an unconvincing proposition will receive an unconvinced response. I was looking to be persuaded to do what I wanted to do, that it was okay to switch tack.

I didn’t get affirmation from anyone and was forced to think about my career, the potential setbacks I could face from such a decision. Those thoughts pulled me back further. I remember telling my dad on holiday, “I think I like media, I wonder if I should… you know… take it as a major?” to which he responded with, “Media… as a career?”

I couldn’t blame him. There was no fire, no passion in me. I was sitting on the fence when I knew exactly which side of it I wanted to be on. This was not someone else’s problem. Nobody could solve it but me.

And then, one day, something changed. It started out as an ordinary night. I watched a film I had been anticipating:  Whiplash, the story of an aspiring drummer. Andrew  is the drummer (played by Miles Teller) determined to be the best. The film portrays the relationship between the drummer and his strict, hard-to-please, even abusive instructor, Fletcher, (played by JK Simmons, who won the Oscar for best supporting actor in 2015). In his quest to be number one, Andrew pushes himself beyond his limits. This made me question — had I, in my life, done the same? The acting, the pacing and the editing of Whiplash had me completely locked in.

Halfway through the movie, Andrew throws his life away for his passion. Every cymbal he smashed, all the blood he shed was because his teacher initially told him “no”. And here I was, unable to make a decision I knew I wanted to make, just because someone else had told me “no” — or at least not given me the clear go-ahead. The movie captured my exact situation. It felt surreal.

There is even a scene in the film where Andrew’s family debate whether drumming is a real career. Andrew stands his ground. It gave me a slap in the face, as if to say, there is only one person who can make this decision for you.

I don’t get slapped often, but when I do I certainly don’t smile, except for this one time. I had a smirk plastered across my face. I realised that the most important thing in life is not to be successful, but to do whatever the heck you honestly want to do.

That was a decisive moment for me. I felt a chill. I had wasted over a year studying Business, not to mention the wasted university fees. But that was the moment I told myself out loud, “I’m gonna drop my majors”.

I had finally decided to do something I wanted to do. I saw myself in Andrew, and for a moment, I felt unstoppable. So, thank you, Whiplash.

The next day, I went to university and did it; I said, “I want to switch my Business majors with Screen Production, please”. The finals were coming up. University called wondering where I was. I had to remind them that I was no longer enrolled in Business. It was an incredible feeling.

To this day, Whiplash is the only movie I rate 10/10 because of that moment. The money and time wasted seemed irrelevant. I had made a life changing decision all by myself, for myself.

Josh is an aspiring journalist and a movie buff. He makes videos for KT