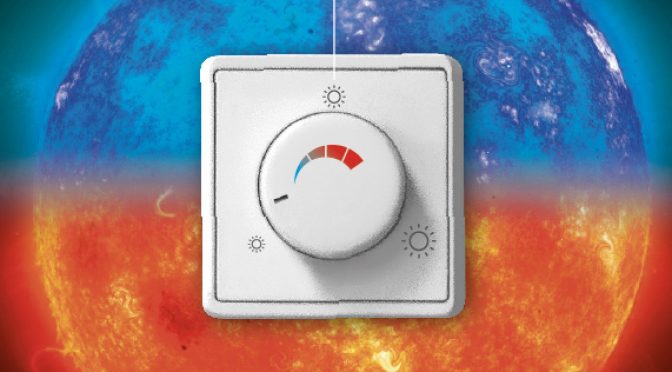 The realm beyond Earth’s atmosphere has always fascinated me. As a matter of fact, one of my earliest childhood ambitions was to someday become an astronomer. Heck, I was so full of myself back then when I preached stuff like asteroids, comets, galaxies, black holes, quasars and, most importantly, the Mercury-Venus-Earth-Mars-Jupiter-Saturn-Uranus-Neptune-Pluto order that makes up our Solar System to my cousins, classmates and even my elders. Genius was I, back then.

Nowadays, well… let’s just say I feel like a complete idiot because I haven’t kept up with the growing number of exoplanets. To add insult to injury, I’ve even lost track of the planets’ moons. And their moons’ moons.

At one point, I couldn’t even accept that I missed learning that Saturn wasn’t the only planet with rings (my excuse is that this was because there was no mass Internet back in the 1980s). Anyway, at least I know there’s a Tesla Roadster with its mannequin driver, Starman, zooming in space right now.

It’s not that I lose interest in certain things, but there are times I tend to stow them away for a while — until such time something really hot comes up.

Pun intended. Because I came across the news that the Sun would cool down in about 22 years time. The ironic thing is that — looking back — the star of our humble little corner of the universe (oh look, another pun) was the least interesting thing on my list.

As it stands, the Sun would be experiencing what is called a ‘grand minimum,’ or basically, a point at which it would emit less heat than usual.

The Sun has what is called an 11-year solar cycle, in which its heat (and radiation and ultraviolet rays and sunspots formed) peaks and bottoms. Scientists, however, after studying everything a solar nerd would love, determined that over three decades from now, the approximately 695,700-kilometre-wide heavenly body would pipe down to a lower-than-usual level.

This is not without precedent: the last time such a thing happened was between 1645 and 1715, in what was dubbed as the ‘maunder minimum,’ or an extended period of less sunspots. This period in history was called the ‘Little Ice Age,’ because of its freezing effects in certain parts of Europe.

The ironic thing: other places warmed up, such as those in Greenland and Alaska. Think of it like an air-conditioning system at home with some areas clogged.

With all that background information, two questions immediately sprang to my mind: how ‘cool’ will that 5,505-degree Celsius hot head be, and how long would it last?

Now, I’m no scientist to predict or calculate what would happen then. I may not even enjoy the rather chilly weather like I do right now at that point, since I’ll be a septuagenarian by then. Nobody would have definitive answers to those questions. By 2050, however, technology will be far more advanced, and I’m quite sure measures are in place to cope with whatever effect a ‘cool’ Sun will have on the Earth. What what if there are no such  measures?

Imagine how those in the 17th century scrambled when waters froze because of this phenomenon. Maybe some people in specific countries were even cursing the Sun for deciding to chill out a bit.

It could be a different case this time

It tickles my mind to see if this grand minimum thing would help out in our perennial problem of global warming. Icebergs in Antarctica and elsewhere — which are melting at a rather alarming rate — could sure use a break. However, we all know that the Sun alone can’t solve this (particularly worrying to me is the threat of climate change to food security).

Funny how technology can’t really do anything to stop the acceleration of global warming. This, quite clearly, is a price we have to pay for innovation and our dependence on technology.

Rather than predicting what will happen in the grand minimum, I think I’d just forecast the road leading up to it.

If what we’re experiencing today continues — growing greenhouse effect, pollution, etc — then I will agree with what the experts have warned about in 2050, that we may have ‘dangerous’ temperatures then. The sun always shines on TV, New Wave band a-ha sang. Well, this isn’t some show we’re just watching — we’re in it.

I dread to think of what some knuckleheads would say, something along the lines of, “Hey, the Sun’s gonna become cooler anyway, so I think we can continue to heat up the Earth”.

Could be too late

It all starts with us. I have a colleague who has her coffee in an actual mug — not in the ghastly, disposable styrofoam cups seen all over office. If I correctly recall our conversation from some time back, when I complimented her for using her own mug (and washing it dutifully after every use), she told me she doesn’t like using styrofoam because she’s a ‘nature person’.

We could all use a break. But we can actually start that right now. Why do we have to wait for 22 years for a heavenly body almost 150 million kilometres away to give us one?