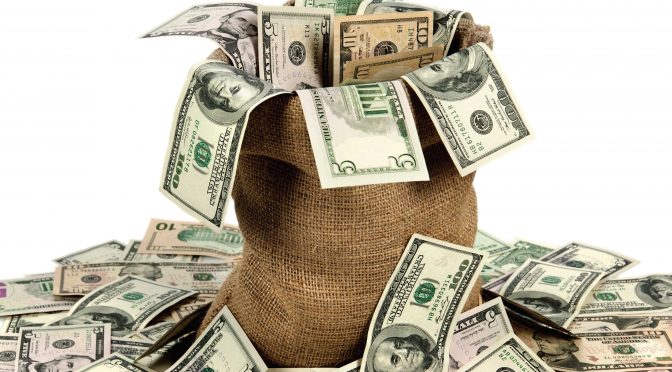 Thank God, they weren’t so reckless as to squander their hard-earned money. They only hid it in some distant paradise. The reaction from an acquaintance two years ago when the Panama Papers revealed the names of the rich, famous and powerful who parked their cash in offshore havens haunts me to this day. How prescient he was, I thought when the Paradise Papers came out in 2017 with more names. Now with diamantaire Nirav Modi’s elevation as a sparkling charlatan after a massive hit on an Indian bank, I thought I’d revel in the afterglow with a piece on corruption.Nothing like taking the high moral ground in these scandal-scarred times with a finely-cut column to grab some eyeballs.

A profound and thoughtful article on the issue was the grand plan — something to rouse people from their slumber, stir their sunken consciences, shake-them-out-of-their-stupor kind of a thing. I was stricken by the ease with which this guy, Nirav, siphoned off some $1.8 billion. But the more I delved into the murky business of corruption, the more depressed I became. Soon after the scam broke, it came to light that a stationery magnate (a pen-pusher) named Vikram Kothari allegedly made off with $572 million from Indian banks.

In the aftermath of the Panama and Paradise revelations, I thought governments would push back on dirty money and the people behind it. Nothing happened. These were clean transactions through proper channels and pleasant networks that didn’t raise a stink — even if some of the money was diverted for ignoble acts like terror financing and money laundering. Who knows even human trafficking. Big names from across the world tumbled out in the report spearheaded by the International Consortium of Investigative Journalists.

These included movie stars, footballers, politicians, businessmen, arms dealers, heads of organised crime and drug lords. The Panama Papers involved politicians and the unlucky few like Pakistan’s former PM Nawaz Sharif and Iceland PM Sigmundur Davíð Gunnlaugsson, found themselves in the media glare, and were forced to quit. Corporations like Apple, Nike and Facebook indulged in legal tax avoidance, according to the Paradise Papers.

I did a count of people who relinquished their positions after these scandal, and I could come up with only 13 in top jobs of government or industry. Big corporations and tech came under scrutiny but they managed to stay off the radar as the scandal faded from public memory, which is short. The legal angle was touted, the ethics of these large scale operations be damned. Cash can gag most people, while others puke. Blame it on the germs on those wads of notes. I can’t help the retching bit about dirty money in this age of electronic transactions and SWIFT banking, but I hope you get the message. It’s disgusting.

Intermediaries, bankers, accountants and lawyers make a killing, or get a cut, many are called to pay bribes, others are chosen to take them.

Wealth is generated often legally, funnelled in shady ways and nicely distributed to forlorn lands, and the rich get playgrounds to splurge and spend on a nice holiday. They are merely ‘avoiding’ tax in their home countries where they have to watch out for the taxman.

Tax avoidance and evasion needs vigilance, or regulation. It’s a fiscal offense, a white-collared infraction. A mere rap on the knuckles is not enough when you buyout some guy in a nine-to-five bank job who strikes some cool deals for ultra-rich clients like Nirav Modi. And if you think the Panama and Paradise Papers awakened the world’s conscience to scams and scandals, you are wrong.

According to the World Economic Forum, a whopping $2 trillion is wasted annually on corruption. If it wasn’t for these diversion of funds, $1 trillion could have been used to build roads, bridges and hospitals in poorer countries. All children could be given a basic education with $26 billion; $116 billion could be used to end global hunger, and $8.5 billion could have gone to fund the fight against diseases like malaria.

Which brings me to a conversation many years ago with a friend in India who ran a successful family business. I had dreams of starting an advertising firm and was looking for some advice from Mr Know-it-all. I had just made my foray into journalism and he had made his dislike for my profession clear at the start of our inebriated conversation. There was suspicion and scorn in his voice as he cleared his throat to spit out his obscene wisdom. “You ask too many questions,” he said, and continued with an air of condescension. “You’ve got to be street smart. When you’re in business, you find loopholes and know how to exploit them. Find a pliable politician to get things moving with a government bank for the loan you want.” Everything from then on is legal, he said. I said goodbye in a huff and haven’t seen him since. It was a lesson in crony capitalism that I’ll never forget.

I’ve been reading up on crooked politicians in our midst in these interesting times. Only last week, Jacob Zuma of South Africa, was eased out for his links to businessmen. Zimbabwe’s Robert Mugabe made an exit last year after taking his mineral-rich country’s economy to the pits. Israel’s Benjamin Netanyahu is facing trouble and could be probed for graft. A former South Korean president is facing trial, and the guilty verdict has already been handed out to a former Bangladesh Prime Minister.

Meanwhile, Donald J. Trump Jr., is on some family business in India. With his pa in the White House, it makes it easy to build luxury penthouses for the super-rich in India. “Poverty-stricken people in India could teach some of the world’s richest a lesson,” said Junior at an august gathering, according to the report.

Full-page advertisements in Indian papers beamed: ‘Trump has arrived. Have you?’ We’ve come a long way to find family capitalism which gives rise to Corruption 2.0. Sounds a bit like paradise regained.