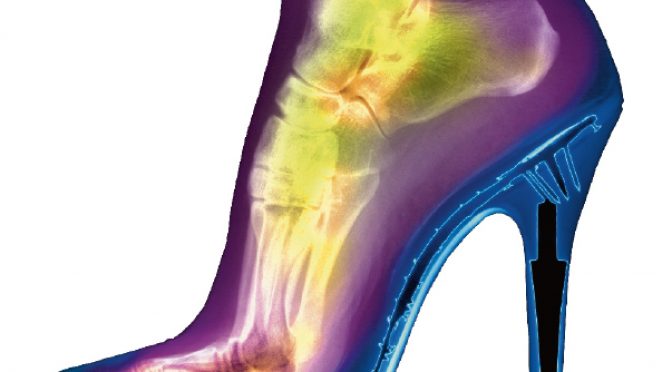 For someone who doesn’t consider herself as the maternal type (just yet), my reaction to an unexpected diagnosis recently caught me off guard.

It was a sore foot that forced me to take a trip to the hospital that day, but when the doctor came at me with the words ‘arthritis’, my instant thought turned to parenthood.

Childless at 32, I suddenly panicked. Does that mean I’ll forever be childless? At that moment, thoughts of motherhood became a priority. It was never a priority before.

Yes, I know arthritis isn’t an automatic green light towards infertility but this is a condition that only gets worse. ‘Debilitating’ is a word most often associated with it.

It was not something I was expecting to hear, at least not for a few decades… after the husband, kids, and all that’s in between.

At that moment the physical pain the arthritis was causing me became secondary. What it meant for my future was now my primary thought.

What kind of mother would I be bringing children into the world knowing there’s a good chance I won’t be able to run around after them? When they’re in their prime will my best years be long gone? It all became a little consuming. Just 12 hours prior to being given that diagnosis, kids didn’t even cross my mind.

I’d been suffering from severe foot pain and swelling for weeks. The problem kept niggling but I just brushed it off. On this one particular night though, the pain progressed, so much so that I couldn’t sleep.

Hobbling into the Accident and Emergency department past midnight, I was expecting a quick turnaround. Check up, prescription, done, home.

As I was pumped in painkillers by way of intravenous drip, the pain soon subsided. Not long after, the swelling went down. I was better! It was basically just a really bad headache in my foot. Now the doctor has sorted me out, I can walk out again — this time without the hobble and without a worry in the world.

Sadly, that wasn’t quite the case. After an X-ray, the doctor kept hovering in and out of my room telling the nurse to check my foot every 20 minutes. Why so was my first thought, so I quizzed the nurse. “The pain has gone, I’m fine,” I said. “It’s okay ma’am, your foot is just a little hotter than it should be,” she said. That’s when the faint alarm bells started to sound at the back of my head.

Not long after, the hovering doctor reappeared and told me to come back the next morning at 8am. She booked me an urgent appointment with a specialist doctor. The same doctor who gave me that damning diagnosis I talked about earlier.

When he told me the news, denial was the second emotion that crossed my mind (after motherhood, of course).

Turning to my friend who was with me in the hospital room, my instant reaction was defence. “The doctor doesn’t know what he is talking about. Arthritis is an old person’s disease. I’m not old.”

And as my friend nodded in agreement, her response pacified me. That nod of approval reassured me that it was a simple misdiagnosis. After all, people in their thirties don’t get arthritis, right?

Several medical opinions, three X-rays, two MRIs and an abundance of blood tests later, I’ve discovered people in their 30s do get arthritis, and I am one of them.

For two months now I’ve been sporting the same medical boot (think Storm Trooper and you’ll have a good picture of what I look like). Like what a puppy is to a hot guy, the boot has brought with it a host of questions from people — strangers and friends alike.

When people ask me “what happened?”, I find a little piece of my dignity just falls away. There’s no fun tale to tell. No crazy story of me trying (and failing) to do an ollie on a snow-capped mountain in the Alps. The answer leaves people staring at me awkwardly. “I woke up with a bad foot and I’ve since been told that it’s arthritis.”

Like them, I stare back just as awkwardly. I can almost see them thinking “Nah, you’re too young”. Nope, apparently not (I answer in my head).

Disheartened, all I seem to be doing now is the worst thing you can do: reverting to Google to find out about all things arthritis.

Worst. Idea. Ever. There is one sentence that I can’t seem to shake off: “Within 20 years of diagnosis, 90 per cent of sufferers will be disabled.” A damning realisation that my sore foot is more than just a sore foot.

But as a colleague told me the other day, I just have to get on with it now. There are ways to dull the pain, I’m not the only one going through this. Sucking it up is the only approach I have now but if there’s a magic cure out there, then I’m all ears.

Kelly covers education. She finds it endearing when people call her Kel