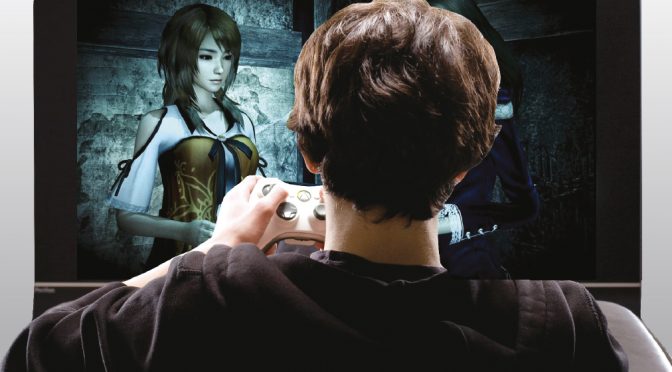 At times, I fantasise about inhabiting a few different characters, specifically those whom I’ve taken command of with my gaming console controllers.

Recently, I tried to shortlist five games that I could relate to. Now, I’ve played a lot of video games in my life, so trying to pick five is an awfully tall task. But since I’ve blabbed about this already, I have to take some tough decisions. This is, however, not my list of the best games.

I’ve done my best to not repeat games in specific genres. And my apologies to Son Goku and Iron Man; I claim that they’re my alter-egos, but unfortunately, games involving them didn’t interest me. In no particular order then:

It ain’t fun to be unpopular in school, and even less fun to have to deal with bullies in your formative years.

Well, in this 2015 adventure, our heroine, 18-year-old student Max Caulfield, a student of photography, realises she has the ability to rewind time. And every choice she makes has apparent repercussions. It’s the butterfly effect.

Playing this game makes you realise that every important event forces you to take a decision — which then affects the rest of the game (as it does life) and affects the ones who do the bullying as well as those who get bullied.

Oh, and if you feel you’ve made a wrong choice (or just want to see a potentially more damaging outcome), you can simply use Max’s little gift: rewind time.

This is where reality sets in: how many times have we wished that we had the power to go back and change things or make certain wrongs right? I’ve had my fair share of decisions that have gone awry, most of which I thought would have done good.

Well, as the idea of consequentialism goes, ‘the end justifies the means’. But sometimes, the end can be mean — no matter how good and pure your intentions are.

How I love horror survival games! And this 2005 title takes the cake: try running away from Sadako-esque ghosts with an antique camera as your only ‘weapon’ to exorcise them.

In life, most people have several horrific episodes — a botched relationship, a cheating partner, losing a basketball game because of an error committed in the dying seconds — that tend to pulverise us to itty-bitty pieces.

However, running away from them won’t help. Case in point: I dread needles. Earlier, each time I needed a shot or blood test, I made sure my wife (then girlfriend) was with me to ensure someone would be there to prevent my head from smashing on the floor if I passed out.

Thankfully — largely due to being alone in Dubai — I have overcome that humiliating phobia. As one saying popularised by a certain clothing company says, ‘Face your fears; live your dreams’.

And you know, video games have that wham effect when you continue your daylight adventure in your dreams.

Harvest Moon: A Wonderful Life This 2003 farming simulation game holds a really special place in my heart. In 2006, when my wife was pregnant with our only child, I was busy playing this game.

Another reason why this game is unforgettable for me: a female character, Nami, very clearly resembled my wife (in my eyes, of course!). Since ‘Nami’ sounded gender-neutral, I promised myself to tag that name to our child (who turned out to be a boy).

Farming is one of those callings that make you realise that simple is beautiful. And it also epitomises the term ‘hard work’. Can you — yes, you, with a blossoming career here in the metropolis — imagine planting veggies and fruits, catching fish and making sure animals don’t fall ill, and at the same time, tend to family and build your child’s character?

I’ve played other Harvest Moon titles, and the series’ message just circles back to me: life can still be so fulfilling by keeping it simple.

Any gaming kid who grew up in the ’80s and ’90s should have the Blue Bomber on his or her best of the best. For the uninitiated, the formula for Mega Man (Rockman in Japan) is simple: he goes through a gauntlet of rogue robots, then acquires their weapons after defeating them. This 1996 title, however, was the first to see him get help from a fellow robot, an alien named Duo (though he’s not a playable character).

There are times in life when you wish you could emulate the qualities of some special people. Back in university, one of my editors in the school paper was the de facto source of information and even otherworldly advice. One day, in the midst of a little crisis, I casually told him, “I wish I had your brain”. “You have your own,” he shot back.

As for the sidekick bit, I have great pals who are always there for me. Not the sort to hog the limelight, they allowed me to shine, while giving me a piece of themselves along the way. No need to defeat or conquer anyone to become a better person. Thank you, God, for true friends.

One of my cousins, after seeing Lament of Innocence, Curse of Darkness and Lords of Shadow stacked on my pile of games, put it perfectly: “You’re really a fan of Castlevania.” Guilty as charged. I don’t know what it is with Castlevania that keeps me coming back. Heck, I’m still, time and again, playing the original 1986 game on my emulator.

The vampire-whipping? The plot twists and turns? The betrayals and unexpected alliances? The horrors of the past and the chances to rectify them in the present? The garden variety good-versus-evil thing?

Or maybe that’s just it: everything rolled into one. Sometimes, you just need to keep rolling. Our time on Earth is full of mystery. There may not be enough chances to do everything you want. Maybe it’s better to take some risks and discover truths after going through some trials. The important thing is to keep afloat in the real game, called life.